There are a variety of pathogens infesting the waters we fish, and these are some of the parasites and infections anglers are most likely to see in the fish they catch 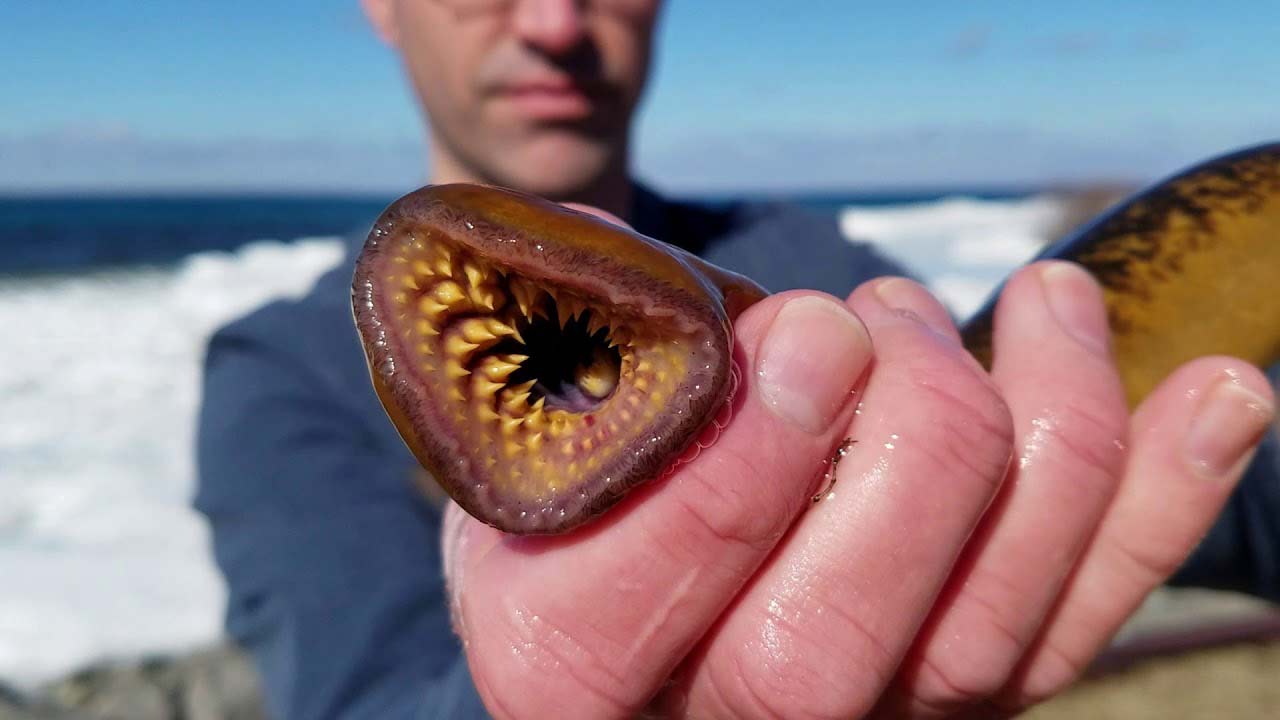 Have you ever seen black spots on the skin of a trout? Or small worms burrowed in the fillets of your crappie? How about a bass that has turned pale and is hardly able to swim? Spend enough time on the water, and you’ll eventually hook into an odd-looking fish. Every living organism is a host for parasites and susceptible to disease—and that includes fish. For the most part, parasites in fish cannot infect humans as long as the fish are cooked properly, which means heating it to an internal temperature of 145 degrees for 15 seconds. You can also treat the fish by throwing it in your freezer for a few days to kill any parasites. If you’re a connoisseur of ceviche or pickled fish, you definitely need to freeze the fish first. Failing to do so risks a tapeworm infection. (The Center for Disease Control and Prevention has outlined all the necessary precautions for tapeworms here.)

If you ever catch a suspicious-looking fish and you’re not sure what’s wrong with it, FishPathogens.net is a great resource to consult. (Note that many diseases look similar, and the only absolute way of determining the issue is through lab testing.) You should also photograph the fish and contact your state fish and wildlife agency to alert them. Doing so could help prevent further outbreaks.

There are definitely some nasty organisms and viruses infecting freshwater fish, and this list takes a closer look at a few of them. In many ways, the science around fish pathogens is just getting started. Most pathogens (that we know of) are fairly harmless, and shouldn’t stop anglers from doing what they love. Just be sure to exercise caution. So if you’re curious about what’s living inside the fish in your livewell, read on.

Yellow, white, and black grubs are the most commonly found flukes (Trematodes) living in fish. The parasites form in birds and are then transferred to a snail (mollusk), where they can only live for a short time. If they survive, the grubs attach themselves to a fish either through ingestion or just being in close proximity to a fish (perch seem to be one of the most likely species to be infected by yellow grub, but there’s no hard data on that yet). Flukes use fish as a host, and then complete their lifecycle when the fish is eaten by another bird. This is a common characteristic of fish parasites: starting and ending their life inside birds. Fortunately, these grubs aren’t harmful to humans as long as any affected fish are cooked properly.

Sea lampreys are native to the Atlantic Ocean, but infiltrated Lake Ontario in the 1800s and then entered the rest of the Great Lakes by 1921. In the ocean, this nasty-looking parasite has learned to mostly coexist with its hosts, but it can still kill freshwater fish. The suction-cup mouth and teeth helps a lamprey burrow into (and feed on) the flesh of trout, sturgeon, whitefish, ciscoes, burbot, walleye, catfish, and salmon, among others. Sea lampreys can kill fish by feeding on them until they die, or simply attack a fish, which can die from infections in the wounds left by a lamprey’s teeth. In the 1960s, sea lamprey devastated the lake trout, lake whitefish and cisco fisheries in the Great Lakes, taking the yearly catch from 15 million pounds down to 300,000 pounds in about a 20-year span. Sea lampreys in the Great Lakes are better controlled today, thanks to lampricides applied during their larval stage, as well as barriers and traps that prevent migration and reproduction. There are also native species of freshwater lamprey, and you should not harm, which is why it’s important to learn to tell the difference between the two.

Tapeworms use fish as a host, and some tapeworms can be transferred to humans without certain precautions. The best way to kill a tapeworm is by properly cooking fish or freezing it for multiple days before eating it. Ingesting raw fish is risky, so before you pickle pike, be sure to freeze it. If you do ingest one, it’s not pretty. A tapeworm will attach itself to the small intestines of humans and other fish-eating carnivores. It takes about four to six weeks to incubate, but can take hold in as little as two weeks or as long as two years. Humans will exhibit symptoms such as diarrhea, abdominal pain, vomiting, weight loss, fatigue, constipation, and general discomfort, though some cases can have more serious consequences, like intestinal obstruction and gallbladder disease.

There are many species of round worms (nematodes) that can infest fish. Fortunately, most round worms cannot be transmitted to humans. The exception to this rule is anisakis, which can affect humans that consume raw fish that contain the parasite. Proper cooking should eliminate the risk of transmission. Round worms are typically found in a fish’s intestinal tract, but can live in any organ. Fish with round worms may exhibit lumps or nodules, inflammation, dead/dying tissue, and cysts. Round worms can leave tunnel-like “tracks” in the tissue of fish, which can cause the areas around these tracks to become inflamed. The tunnels will cause serious physical damage to a fish, particularly if there are lots of worms present.

Red worm is another form of round worm that’s transmitted through bird feces to fish, which pass it back to fish-eating birds like cormorants, mergansers, and blue herons. In particular, yellow perch suffer from red worms, which are between 2 and 2½ inches long. They can be found in the tissue, vital organs, and muscles of fish. Affected fish are edible if cooked properly, unless the worms have made it into the fillets. Research has shown that worms stay in the body cavity as long as temperatures stay under 62 degrees. So if you’re keeping perch, be sure to put them on ice. If they do have round worms, the ice will keep the fish cold enough so the worms won’t burrow into the meat, and you can keep the fillets.

Found in the mouth, fins, and gills of smallmouth bass, rock bass, bluegill, salmon, trout, and other fish, gill lice look similar to Rice Krispies, and can impair growth, behavior, and even the survival of a fish. Gill lice make it difficult for fish to breathe properly, which can negatively affect its immune system, as well as the fish’s tolerance for warmer waters. An infestation does not mean you cannot eat a bass, cutthroat, kokanee, etc., as long as it is cooked properly. If you do catch a fish with gill lice, it’s important to report it to your state fish and wildlife agency. Some salmon populations throughout the West have been heavily-impacted by this external parasite; some have full-on collapsed.

Viral hemorrhagic septicemia is a virus that has infected fish in all five Great Lakes and has been found in some inland lakes in New York, Wisconsin, and Michigan. Fish with VHS are often limp and don’t swim normally. They can also bleed from the skin around the eyes, mouth, fin bases, gills, skeletal muscles, and internal organs. Fish may also suffer from pop-eye or sunken eyes. Twenty-eight species of fish have been infected in the Great Lakes Basin, according to the USDA Animal and Plant Health Inspection Service. It is deadly to fish, particularly when water temperatures are below 60 degrees. Some fish will not exhibit any signs of the disease and are safe to eat as longs as you cook them properly. If a fish looks abnormal or like it’s dying, do not eat it.

Northern pike and musky are susceptible to what researchers suspect is a virus (though it’s not yet known what kind of disease it is). Lymphosarcoma resembles a red cauliflower on the outside of the skin. The tumors can be pea-sized up to several inches in diameter, spread to internal organs, and are more prominent in the fall and winter. They can sometimes regress in pike, but regression doesn’t seem to be common in musky. Biologists think the cause of lymphosarcoma is through physical contact. This likely occurs during spawning, when the fish are in close proximity to each other, but nothing has yet been proven. Anglers should not eat fish with this infection as there is no scientific data that suggests it’s safe to do so.

Read Next: How to Catch a Giant Bass This Weekend

Water molds are responsible for saprolegniosis, which is also known as Cotton Wool disease. It typically infects the gills and skin of fish and is transmitted by free-swimming spores, which attach to fish that are already weak due to some other infection. Infected fish actually look “moldy,” and you will see white or off-white fuzzy mats on the skin. They will appear pale, and their scales will lift away from their body, exposing the underlying musculature of the fish. Infections can also occur in the gut and sometimes the viscera. Younger fish can become bloated due to gut obstructions.

A common virus that has been catalogued in 125 species of fish, lymphocystis can be identified by the development of pebble- or wart-like nodules on the fins, skin, or gills. The growths are usually off-white or gray in color, but can be different colors. Some fish have exhibited pop-eye (a protrusion of the eye). In most cases the infection goes away on its own in a matter of days or weeks, but it can be fatal to fish.