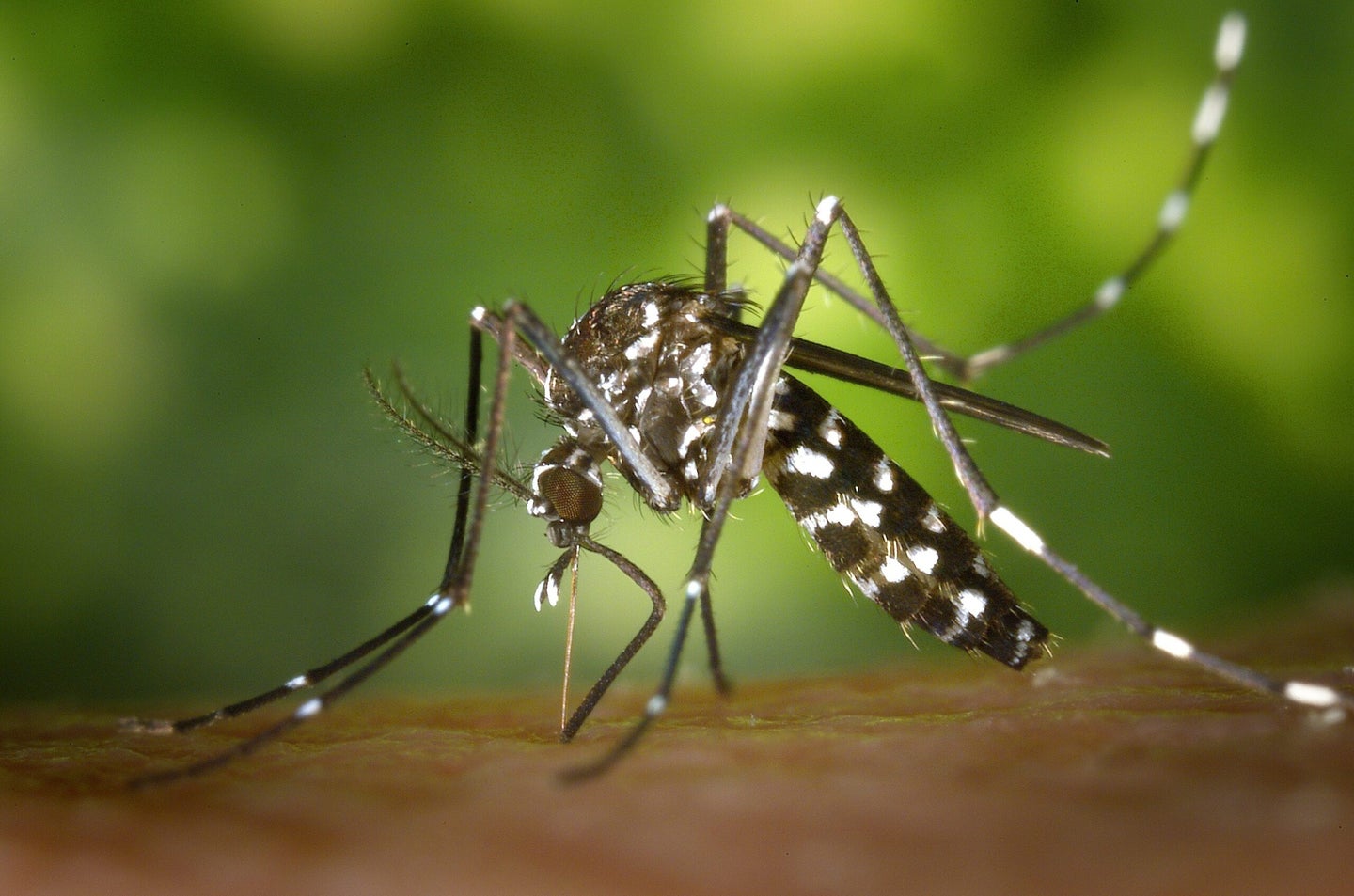 Best Mosquito Repellent: Find the Right Insect Control for You

Mosquitoes are everywhere. You’ll find them at the equator, at the earth’s temperate zones, and even at the Arctic pestering the caribou, along with whoever and whatever is hunting them.

Mosquitoes can ruin an evening outdoors or even an entire camping trip. And mosquito bites can do more than itch. If you live in or travel to areas plagued by mosquito-borne illnesses such as malaria, dengue fever, or zika virus, getting bit by a mosquito can be downright dangerous.

Knowing how mosquitoes find you and bite you will help you choose the best mosquito repellent for you:

Only female mosquitoes actually bite and drink blood, which they use like a prenatal smoothie filled with the proteins they need to grow a brood of bouncing baby mosquitoes. To do that, they first locate a victim using a suite of sensors on their antennae and mouthparts that pick up chemical signatures from body heat, exhaled carbon dioxide, and volatile fatty acids that waft off your skin. (Those volatile fatty acids differ based on things like your sex and what you eat, and may explain why some of us are barely bothered by mosquitos, while others are basically a mosquito buffet.)

After the female mosquito lands on you, she unsheathes a set of six needles from her mouthparts. One pair of these needles have serrated edges for sawing through your skin. Another pair holds your tissues open while the last pair works together to drool mosquito saliva into the wound—which contains an anticoagulant, to keep your blood from clotting—and suck up a body-full of your blood.

Some of the female’s saliva remains under your skin, and your body reacts by producing an allergic reaction. That’s what causes the itch of a mosquito bite. But that’s not always the only issue. The biting technique leaves plenty of opportunity for viruses to slip into the wound. Experts say mosquito bites are the most dangerous animal bites humans endure. That’s why finding the best insect repellent for them is so important.

Things to Consider When Shopping for the Best Mosquito Repellent

Picking the best mosquito repellent for your needs comes down to a few considerations. The first is the active ingredient that gives the mosquito repellent its oomph. In general, you’ll need to decide between a product that relies on DEET, which has been the most common insect repellent in bug spray for a long time, or some other insect-repelling compound. You’ll also need to consider the delivery method for the product since mosquito repellent can come as a spray or lotion, a wearable device, a diffusing product (like a candle or coil), or an electronic mosquito repellent.

The type of mosquito repellent product that’s right for you is partly about efficacy and partly about personal preference. When it comes to efficacy, check out the product’s active ingredient to ensure it’s been tested to actually work against mosquitos. In general, experts recommend products that repel insects using DEET or OLE/PMD (more about what these compounds are and how they work later!). If you’ll be exposed to mosquitos for longer than an hour or so—or if you’re in an area that has mosquito-borne disease—it’s important to use mosquito repellent directly on your skin.

A wearable repellent is another option, especially for those people in areas where mosquitoes aren’t terribly abundant, and who may not want to put repellent on their skin.

If you’re going to remain in one area, you also may consider an option that pumps an airborne mosquito repellent around you, or zaps those mosquitos out of your yard or campsite completely. Even better, combine multiple strategies to ensure you’re fully protected.

Does the Mosquito Repellent Contain DEET?

When it comes to mosquito repellent, many people immediately think of DEET (N,N-diethyl-meta-toluamide is the chemical name). That’s the active ingredient in numerous insect repelling products. In fact, the Environmental Protection Agency (EPA) says one third of people in the United States use DEET every year to protect against viruses carried by mosquitoes and ticks.

DEET doesn’t actually kill mosquitos. It sends them screaming away—though scientists are still unraveling how and why. Remember those sensors on mosquito antennae and mouthparts? There’s a good chance DEET interferes with those, making it harder for mosquitos to smell out victims. And there’s new evidence that DEET also messes with taste receptors on a mosquito’s feet.

Regardless of how it works, DEET has been around since the Army developed it in 1946, and can be found in about 120 EPA-registered products. It requires direct application to the skin through a spray or lotion.

The DEET concentration from product to product varies widely. The Centers for Disease Control (CDC) recommend using products with at least 20 percent DEET, but not more than 50 percent. Many experts say the 15 to 30 percent range is perfect for protecting against mosquitos while avoiding side effects, such as a skin rash or disorientation. DEET should never be used on infants.

This OFF Deep Woods insect repellent has been around for years, and for good reason—it works. The active ingredient is 25 percent DEET, and you can expect one application to last about 8 hours. The newer formulations are designed to be less sticky and oily for a more pleasant application.

Do You Want to Use a Natural Mosquito Repellent?

Some people feel strongly about avoiding conventional chemicals like DEET and prefer to use a mosquito repellent that’s greener or plant-derived. While there are many natural products available that claim to repel mosquitoes, the effectiveness of those formulations varies quite a lot. In general, it’s a good idea to stick with products that contain active ingredients recommended by reputable health organizations, especially if you’ll be exposed to mosquitoes for longer than a couple hours or plan to be in places with known mosquito-borne illnesses.

One option when shopping for a natural mosquito repellent is to select products that contain a recommended biopesticide repellent such as oil of lemon eucalyptus (OLE), which is derived from the gum eucalyptus tree. This ingredient may be listed using the chemical name of the active compound found in OLE: para-menthane-3,8-diol (PMD). Most commercially available products contain OLE that’s been enriched for PMD, or PMD that’s produced in a lab (rather than extracted from a plant).

OLE and PMD are EPA-registered and recommended by the CDC for repelling mosquitoes (but not ticks) in people over the age of 3. It’s important to note that there’s also an essential oil called “oil of lemon eucalyptus,” which isn’t processed the same way as OLE and has not undergone any safety testing.

If you want a DEET-free, CDC-approved mosquito spray, this natural mosquito repellent protects against pests for up to 6 hours and promises a cool, refreshing scent. It’s perfect for people who prefer a botanical repellent, and is designed for use on those over 3 years of age.

Spraying or rubbing on insect repellent is unpleasant for some people—and it can be downright miserable applying that product to a small child. That’s why wearables such as bracelets, impregnated with ingredients that repel mosquitos, are so popular. You just slip on the wearable and not have to bother with the mess or unpleasant sensation that comes with spraying a product on your body.

Many wearable mosquito repellents are labeled DEET-free and rely on natural oils like citronella, geraniol, and lemongrass to keep insects away. The downside is that experts say these products don’t work very well—especially over longer times—and they are unlikely to be tested or regulated.

However, all hope isn’t lost for users (or their kids) who hate slathering repellent on their skin. Wearable devices that clip on and vaporize a registered active ingredient using a nebulizer and fan do work well. These are battery operated and use a cartridge that lasts for 12 hours.

Mosquito Repellents that You Burn

Depending on where you live and how old you are, you may remember city trucks driving down neighborhood streets, deploying clouds of bug spray in their wakes, taking a large-scale approach to mosquito control. Mosquito repellent coils are a little bit like that—but on a smaller scale, and disperse via combustion. You simply light the mosquito coil and it releases bug repellent sufficient to cover a small area (about 10 square feet) for up to 7 hours. It’s a good option for times when you don’t want to wear mosquito repellent and don’t expect to move around too much.

When you want an ambient mosquito repellent, a burnable coil such as the PIC mosquito coil, which releases pyrethrins for up to 7 hours, is ideal to protect a 10-foot area from mosquitoes. You can protect a larger area by simply placing mosquito coils every ten feet.

Of course, the old-school option for repelling mosquitoes without chemicals is the bug zapper. It is technically an electrical discharge insect control system since it kills mosquitoes, but it also keeps mosquitoes away from you by luring them to the zapper via a UV light. When the mosquito touches a part of the zapper, it does.

A bug zapper is a good option for people who can’t use chemical mosquito repellents (or who don’t want to) and who want to repel mosquitoes in a limited area. Bug zappers have a long and interesting history, with the first prototype showing up in an issue of Popular Mechanics way back in 1911. That proposed device used meat bait to draw insects—but the device was too expensive to be practical. Then, two people separately developed bug zappers by the early 1930s. William Frost received the first bug zapper patent, and parasitologist William Brodbeck Herms developed huge commercial bug zappers to safeguard California’s fruit industry.

Bug zappers have come a long way since then. Contemporary models use stylized gridding on the exterior and optimized UV lighting to give the illusion of a lantern. They lend a nice ambiance while simultaneously sizzling disease-carrying mosquitoes to a crisp.

This bug zapper draws in mosquitoes with a subtle UV light, then electrocutes them.

This isn’t your grandma’s mosquito zapper. Contemporary styling and lighting, combined with an efficient internal electrical grid, ensures that mosquitoes stay away from you and your guests. The device resembles a lantern, so it will fit into a backyard setting. This model includes a collection tray and brush for easy cleanup.

Mosquito repellents sit at the nexus of two branches of insect science: urban pest control and medical entomology (the study of insects that carry human disease). All that research and development means that mosquito repellents have a long production history in the United States. Here are a few major brands to look for:

Off! is a subsidiary of SC Johnson, a multinational company headquartered in Racine, Wisconsin. The brand has been producing personal insect repellents for over 50 years and houses the world’s largest privately owned urban entomology center.

Repel is part of the home and garden portfolio owned by Spectrum Brands Holdings, a Fortune 500 company that operates out of Middleton, Wisconsin. In addition to mosquito repellent spray, Repel also offers outdoor mosquito repellent products designed for camping, including foggers and candles.

The Bottom Line on the Best Mosquito Repellent

Mosquito repellents work, and the variety available means that you’re bound to find one that’s suitable for your taste and particular use. Always check out the active ingredients in a chemical-based topical mosquito repellent to ensure the product you select is registered by the EPA and approved by the CDC. For maximum protection, pair that topical product with a device that diffuses mosquito repellent or zaps flying pests. The best mosquito repellent is often a combination of two methods.