Take your family camping—comfortably and on the cheap. 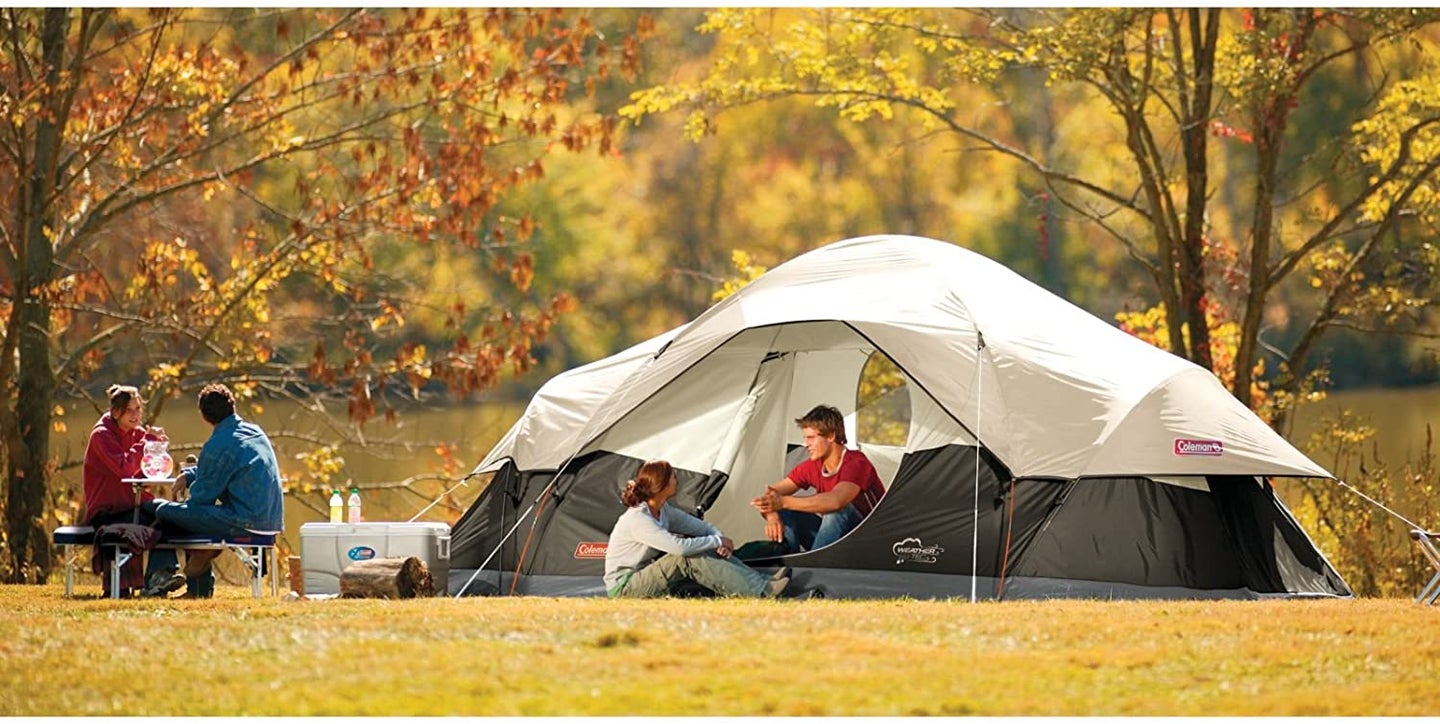 Maybe you have five kids. Maybe you have a few kids and dogs that the kids insist the dogs sleep in the tent. Maybe you like camping with friends but not everyone has a tent. Whatever your situation, don’t let a small budget keep you from the campout your sanity requires. We’ve narrowed the selection down to four tents for any need including one with separate rooms if you really want some space. From now on, don’t cram your family of five into a three-man tent.

This Coleman car-camping tent may not be the lightest tent on the market, but it doesn’t need to be. What it does need to do is keep the bugs and intermittent rain showers away. And do it on the cheap. You can pack up to eight people in this tent and even cordon off areas if you need a bit of space from one another. Venting allows you to adjust airflow in case any of the eight skipped their showers.

This 16-by-16-foot tent is meant for large groups, or even smaller groups who need areas to expand into. It has three rooms that can fit three queen airbeds. If you don’t need to sleep 12 people, use one of the rooms for playing cards when the weather turns. It sets up in under 2 minutes and has seven windows that can be opened and fully closed. Bonus for hot summer nights: the oversized ground vent fits an air conditioner, should you have one on hand.

Don’t cancel your plans just because the forecast calls for rain. You just need the right gear. This tent will keep 9 to 10 people warm and dry in the worst storms. It has a full-coverage rainfly, but also includes covered vents so the inside doesn’t become too musty. An anti-fungus floor protects your tent in humid areas, and the bathtub-style construction means puddles won’t form overnight. As another bonus, it’s more than 6 feet tall, so most of your party can stand inside.

Camping in bug country? Have kids who attract mosquitos, or dogs that are magnets for flies? This tent is the perfect solution to offer a refuge from biting insects while still being outdoors. Drink a cup of coffee on the porch while the rest of your family sleeps. Or let your kids stare at stars and feel the night’s breeze in the screened-in section. The affordable tent sleeps eight and sets up quick.