Inflatable fishing boats for beginners, experts, and everyone in between

Row your way to serious slabs. 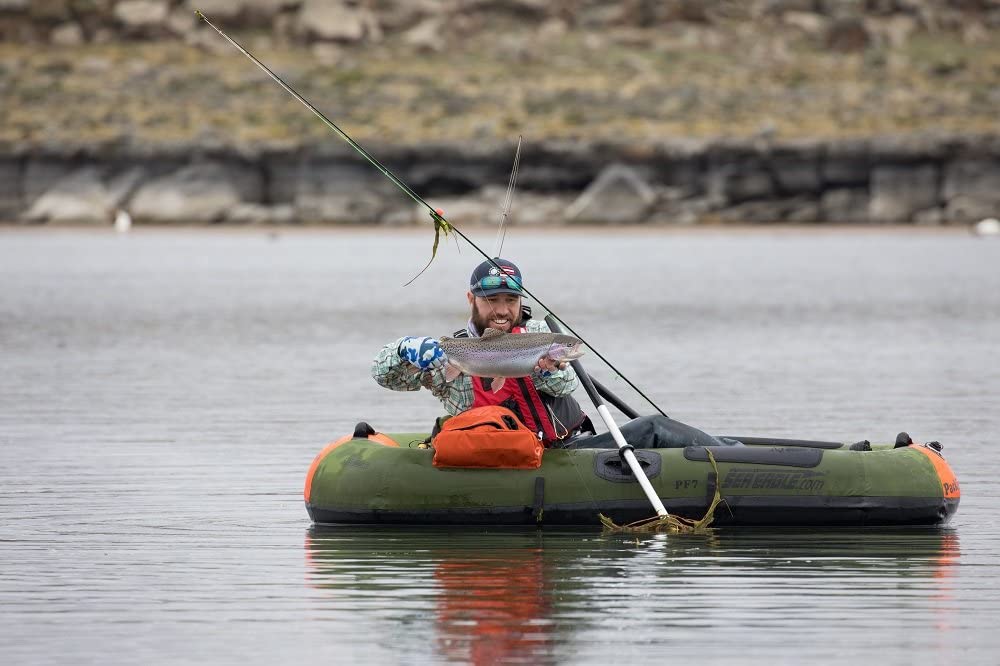 The Sea Eagle PF7K PackFish is an affordable, great way to break into the inflatable-boat world. The 7-foot-long, one-man boat weighs a mere 22 pounds and deflates to fit into a backpack, so it’s super portable. Plus, it has a load capacity of 300 pounds, so it should accommodate most anglers. What really distinguishes the PF7K from regular inflatable rafts is the casting seat; two rod holders; two gear pouches; and four tracking strips, for extra stability.

The river-ready Classic Accessories Colorado Pontoon is a fairly modest step up from the Sea Eagle PF7K PackFish, in price and quality. For one, it’s two 9-foot-long pontoons and sturdy steel tube frame will seat you high above the water—much better for spotting and casting to fish—and it’s rated for class 1 rapids, so it can handle some current. It also includes a wire motor mount, if you don’t want to paddle from honey hole to honey hole.

Fishing solo is fine every now and then, but, more often than not, you’ll want to hit the water with a buddy or significant other. Enter the Sea Eagle Stealth Stalker STS10, a reasonably priced boat that, unlike the two prior entries on this list, can accommodate two passengers, or 1200 pounds. It’s not whitewater rated, so you’ll need to stick to pounding lake banks with streamers or poppers—not that that’s a bad thing.

The two-seater Outcast OSG Striker Raft is a real-deal trout boat, capable of handling Class 3 rapids—and thus Western rivers. It weighs 102 pounds inflated, so you’ll need two people to load it, but it’s small enough, in most cases, to fit in a pickup bed, negating the need for a trailer—a huge perk. The OSG costs a fair bit less than other similar, inflatable fly-fishing boats on the market, so it has that going for it, too.