“That's too many mushrooms for two guys to pick” 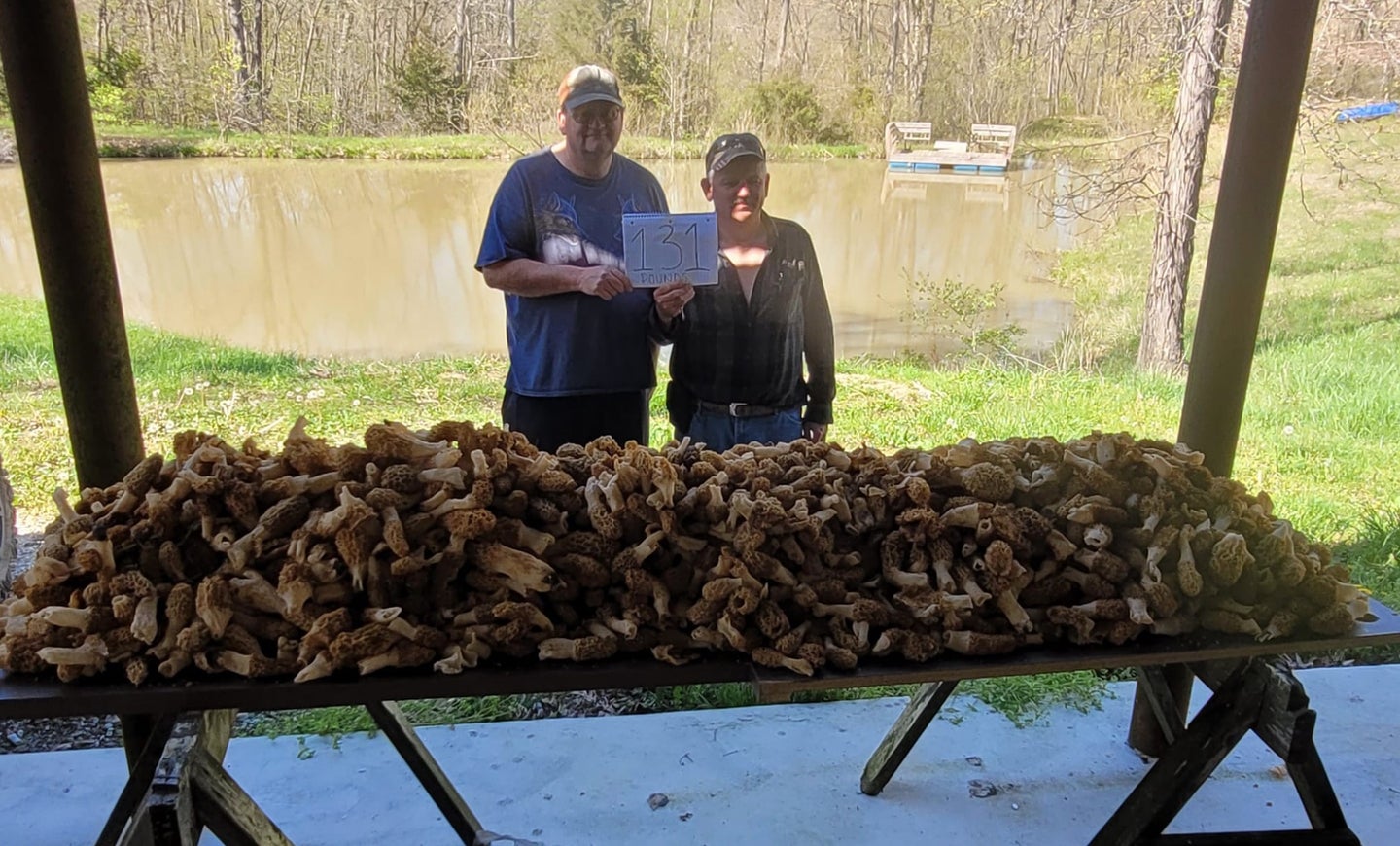 Jimmy Johnson and Rusty Gates went mushroom hunting on May 7 in southeast Iowa and had little success at first. After roughly an hour, they found more morels than ever expected.

“It was just nonstop as we were walking,” Johnson said to The Hawk Eye, a local newspaper. “We’d just see four or five here and then take a few steps and see more. It was continuous.”

A seasoned mushroom hunter, Johnson knew where to look for morels. He knew he’d find some near dead elm trees, but he was surprised to find these mushrooms growing all over the place. “A lot of maple trees and oak trees. For some reason, white oak, and that’s unusual.”

Eventually, Johnson and Gates couldn’t carry all of the mushrooms they found. Johnson called his son, Trenton, who ferried some of the loaded mesh bags home while the two men continued hunting.

After six full hours of mushroom hunting, the two men collected 130 pounds of morel mushrooms. They posted about their success in Morel Reports of Southeast Iowa’s Facebook Group.

Their good luck wasn’t over, though. The two men went out again on Monday and found an additional 44 pounds of morels. Johnson said this is the best season he’s ever had for mushroom hunting. His previous record was 75 pounds for an entire season.

“We had just the right amount of moisture, and the soil temperature was good,” Johnson said. “I just think it was an exceptionally good year.”

The men aren’t done yet. They told local news they would be moving to public land in Missouri and southeast Iowa to keep hunting more morels.

“Never give up. If you walk two hours (and don’t find any), walk two and a half. Just when you think you’re not going to find any, walk a little further, and you’re probably going to find them,” Johnson said.

Johnson and Gates will return to the same spot next season, but Johnson said they would need to bring some additional hands next year. “That’s too many mushrooms for two guys to pick.”