Three Things to Consider Before You Buy a Vacuum Sealer

The best vacuum sealer for you depends on how often you’ll be using it, the amount of food you want to process, and the amount of space you have to store it. Here’s how to pick the best one for you. 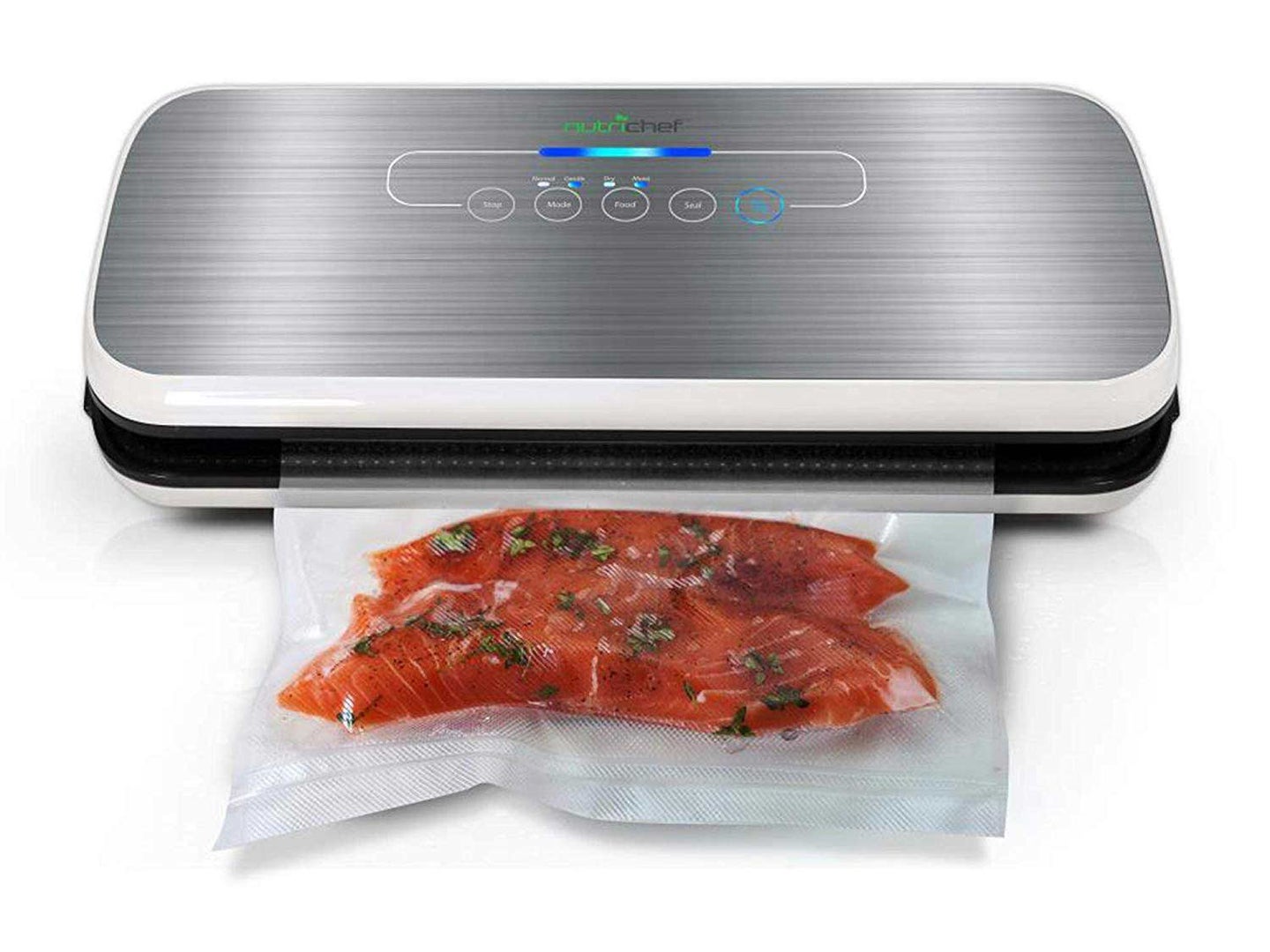 Vacuum sealers are more than just handy kitchen appliances, they’re investments. The money that you spend on a food saver soon will be paid back several times over, and in several ways:

Vacuum sealers all operate via the same function—by sucking the air out of a plastic bag into which you put food (or anything else you want to protect, such as photos or documents) and then sealing it shut. Where vacuum sealers differ is in speed and convenience of various functions. How much and how often you want to use the sealer will determine which one you should get. Here’s a guide:

1. Will you be sealing leftovers and the occasional bargain food buy?

For these purposes, a small, inexpensive sealer will do. Because you’ll be sealing one or two bags at a time, speed is not an issue, so you don’t need automatic functions. You also won’t be using it very often, so you’ll probably want to be able to store it easily.

2. Will you be sealing large quantities of food?

If you’ll be cutting up large portions of meat or fish, or want to preserve a large harvest of fruit or vegetables without canning, invest in a sealer with automatic functions such as bag detection (eliminating the need to open the sealer, place the bag in the proper position, close the sealer and press the start button) and moisture detection (so you don’t need to choose between “moist” and “dry” modes). Those features allow you to process a lot of food in a short time.

3. Will you be sealing a moderate amount—leftovers and the occasional large quantity?

While it may seem that a small sealer will work well for these purposes, the issue becomes one of speed. The time needed to seal the occasional large quantity with a small, manual-control sealer may be enough to prevent you from doing it more than once. Get a mid-range-price sealer with at least one automatic function to speed up the process.