10 Things To Consider When Shopping For A Game Camera

A good game camera can let you know what bucks are frequenting your hunting area and when they are doing so—two extremely valuable pieces of information. 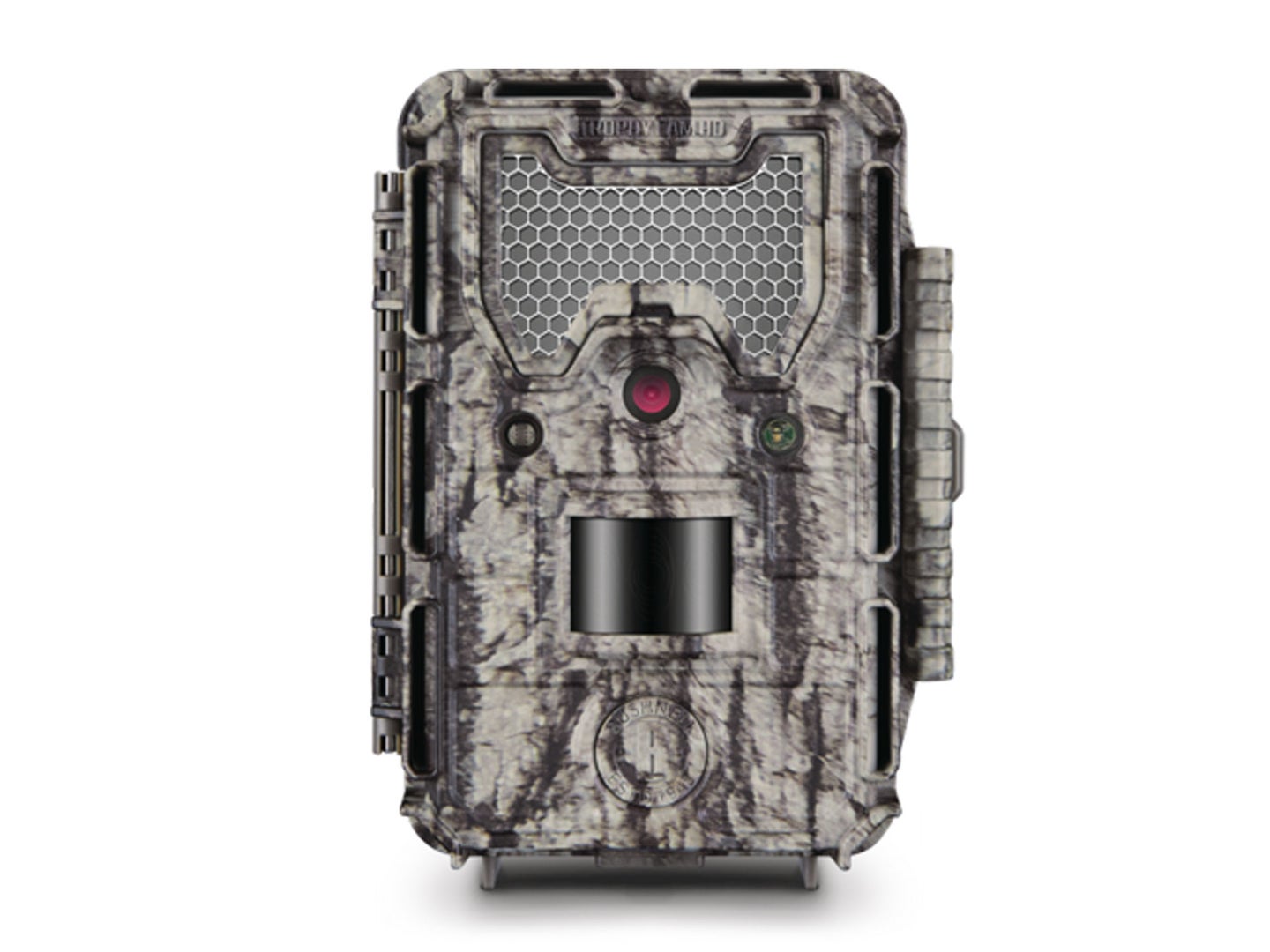 Game cameras have revolutionized deer hunting as much as any other gear advancement, enabling hunters to know what deer are using their hunting area, when they are visiting and other critical information. Place a good-quality game camera in the perfect location and you’ll even alleviate the need to do much on-foot scouting, which can push the buck you are hunting out of your area. All game cameras are not created equal, however. When shopping for a game camera, consider 10 important factors that can lead to more deer hunting success.

When game cameras were first introduced back in the 1980s, they took photos on 35 mm film and hunters had to send the film off for developing and printing before they could view the pictures. My how things have changed! Many of today’s game cameras take photos of such high quality that they can be printed in magazines. In cameras, resolution (basically, sharpness) is measured in megapixels (MP). And as a general rule, the more megapixels there are, the sharper an image will be. However, megapixels aren’t the end-all for selection, since they mean nothing if a camera has a low-quality lens. If you’re not planning on blowing photos up to a very large size and printing them, paying extra for extremely high megapixels likely won’t make your scouting efforts any more successful.

Unheard of in the recent past, many trail cameras nowadays shoot video—and some do it quite well. When shopping for a camera that shoots video, strongly consider resolution. 640×640 resolution is widely considered to be standard definition, while 720p or 1080p are high definition. Most high- to medium-end cameras currently available shoot high-definition video. Duration of video is also important, since it will determine how long you get to look at a deer when reviewing videos. In general, video duration ranges from about three seconds to several minutes, but 30-second videos generally give you long enough to get a good look at the animal in question. If you’re interested in hearing as well as seeing the game animals that pass by your camera, make sure you find a game cam that also shoots audio, as some models do not.

Back in the early days of game cameras, pictures of big buck butts were far more common than pictures of their racks. That’s because trigger speeds were initially so slow that many deer were nearly past the camera before the photo was taken. While that’s not true anymore, trigger speed is still very important. Basically, faster is better, since you stand a better chance of getting a good photo as soon as possible after the trigger is tripped. For best results, look for a camera that has a trigger speed of a half-second or less. Also consider recovery time, which is how long it takes the camera to reset itself for another shot after it takes the first photo. Just as with trigger speed, faster recovery times are better than slower.

You can have a dozen game cameras all set up perfectly in your hunting area, but if their batteries are dead, you won’t get any pictures. That’s why batteries and battery life are so important. Many of today’s game cameras run on common AA batteries and boast a battery life of many months. To maximize power, always use lithium batteries rather than alkaline, since alkaline batteries only give the camera the amount of available power they have left. Lithium batteries are a little more expensive, but they’ll pay off when you get a picture of that big buck you have been hoping will visit your area. Whatever game cameras you narrow your selection down to, be sure and find out what kind of batteries they use and what their battery life is before making a purchase.

Flashes are critical for good nighttime pictures, and the three typical types available on game cameras are white flash, low glow and no glow. White light flashes are the typical flashes like the one on your personal camera. Very bright in total darkness, they often spook animals momentarily, but usually don’t seem to run them completely out of the area. Low glow, or infrared, use a dim red glow when photographing at night. While they can shoot good photos, they will only produce black and white pictures when shooting in the dark. No glow, or black flash, doesn’t emit any visible light, leaving animals with no clue anything is amiss. No glow will also only produce black and white photos at night. When considering flashes, also look for a camera with a longer flash range, since you’ll get more quality night pictures with it than one with a shorter flash range.

While you’re considering the previously mentioned features, take a little time to think about two other special features offered on some game cam models—burst mode and time-lapse mode. Burst mode enables your trail camera to take multiple pictures very quickly. This feature can give you several photos of the same animal, even if it is moving through the area very quickly. That can be important in judging the quality of a buck. Time-lapse mode makes the camera automatically snap a photo at set intervals, even if nothing triggers the camera. Many models let you set the interval on how often you wish to snap a picture. Both burst and time-lapse modes can be helpful for scouting and getting a feel for the deer in your hunting area.

, or cellular, game cameras are the latest innovation to make scouting more convenient. Like other game cameras, they take photos of whatever wildlife triggers them. But instead of you having to go retrieve your SD card or other storage device, remote cameras send photos and/or videos to your cell phone or computer. Not having to traipse through your prime area to get to your camera occasionally to check photos is an advantage in itself, since big bucks can easily be spooked from an area by excessive human presence. Since remote cameras are rather pricey, you’ll have to decide if the convenience is worth the few extra dollars. Note that this type of trail camera typically requires purchase of cellular service, too, so the total price will be somewhat higher than the price of the camera alone.

While not an absolute necessity, it’s sure handy to use game cameras with built-in viewing screens. Even though such screens are typically small, they are much better than you having to swap cards from your game camera to look at them at home or even hauling your laptop into the woods with you. For viewing screens, bigger is obviously better, since that makes it much easier to determine the quality of deer in your images. If you decide to get a game camera without a viewing screen, all is not lost. Several companies offer small, portable SD card readers that you can take with you anytime you are out in the woods, allowing you to quickly and easily get a look at what deer or other game animals have been passing through your area.

Most trail cameras store images on SD cards—very common digital storage devices also used by regular cameras. The size of SD card you need depends mainly on how long you will go between checking the card and how high of resolution photos you are shooting. Obviously if you are going to check your camera once a week, you won’t need as much storage as if you do it only once a month. Also, if you’re shooting 8 MP photos, a 16 GB card can hold nearly 6,000 photos. But only about half that many 16 MP photos can fit on the same card. HD videos also take up a lot of space. Before purchasing, make sure you check what storage capacity SD card the camera you are considering is compatible with, since not all will work with larger capacity SD cards.