Understaffed state agencies are having a harder time combating poachers. 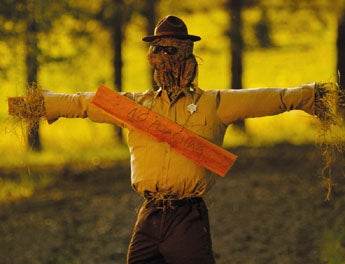 If you’re a Connecticut citizen who just witnessed someone poaching a deer, do you quickly call the Department of Environmental Protection (DEP) to report this crime? Apparently, the answer is “probably not” for a number of people who just aren’t sure a game warden will answer the call to help out.

“Because of the lack of manpower in the last couple of years, in my opinion and from personal experience, the [BRACKET “violator call-in”] program has just bottomed out,” says Thomas Bull, president of the Connecticut Conservation Officers Association. “Fewer and fewer people are calling in because we just can’t respond in a timely fashion. One of the conservation officers I was talking to said he hasn’t had a tip call in three years!”

Connecticut isn’t alone, notes Kurt Bahti, president of the North American Wildlife Enforcement Officers Association. “It’s generally pretty much the same all across the United States,” he says. Due to a plethora of budget crises, many states are saving money the old-fashioned way: by not filling open positions. This began to happen around 2000, when many baby-boomer-aged wardens were eligible for retirement. Then operating budgets for vehicles and equipment took hits. Initially, the problems were under the radar, but cracks began to show a couple of years ago.

Minnesota, for example, currently has 44 warden positions open, and 30 of the state’s 153 warden field stations are unmanned. With adequate manpower, wardens cover an average of 650 square miles per field station, but some officers are now responsible for 2,000 to 3,000 square miles. “We try to fill in as best we can with officers from adjacent field stations,” says Major Bill Spence of the Department of Natural Resources enforcement division. “But sometimes it’s just physically impossible to do that.”

“In areas where we had nine or ten or even twelve officers patrolling, we’ve been forced to reduce to five or six officers in those areas,” Camejo says. In 2002, DEP conservation officers responded to 13,370 incidents statewide. That number dropped to 11,724 incidents in 2003. Over the same period, poacher tip-line calls fell from 356 to 210.

Fewer wardens means fewer citations, too. In Wisconsin, each game warden had to take off two days during the November 2002 deer gun season, the busiest time of the year, because money wasn’t available for salaries or vehicle operations. The number of citations dropped 7 percent over 2001. With 20 warden vacancies now, and 15 retirements slated before this fall, “we will be even more shorthanded for the 2004 deer season,” says DNR chief warden Randy Stark.

Not every wildlife enforcement agency is hurting. Warden slots are filled in Florida and Wyoming. In Arizona, “our biggest problem is finding enough candidates to qualify for the openings we have,” says Rob Young, Arizona Game and Fish (AGF) manager for Operation Game Thief.

Yet fewer wardens afield encourages more poaching, says Bahti, a game warden of 25 years with AGF. That includes hard-core black marketers and poachers of opportunity, like the guy who’s reeling them in left and right and thinks, “How can I stop at just six trout? I never see a warden around here, anyway…”