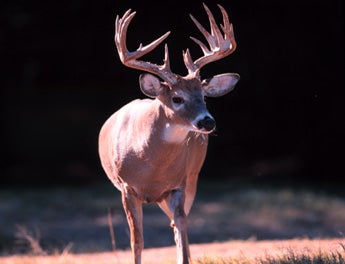 Deer numbers are trending up in North Dakota, including mule deer in their core habitats of the far-western Badlands. Nearly 92,000 deer were harvested in 2003, including 5,500 muleys. The overall hunter success rate was an astounding 79.6 percent, with the success rate for muley bucks at 79 percent and whitetail bucks only five points less. Game and Fish Department big-game biologist Bill Jensen says a record 145,000 deer tags will be available in 2004. Best trophy-whitetail habitats include the J. Clark Salyer and Lake Alice national wildlife refuges, plus timbered areas along the Canadian border such as the Turtle Mountain plateau and Pembina Hills.