The 20 Commandments of Deer Camp

The dos and don’ts of hunting whitetails with friends 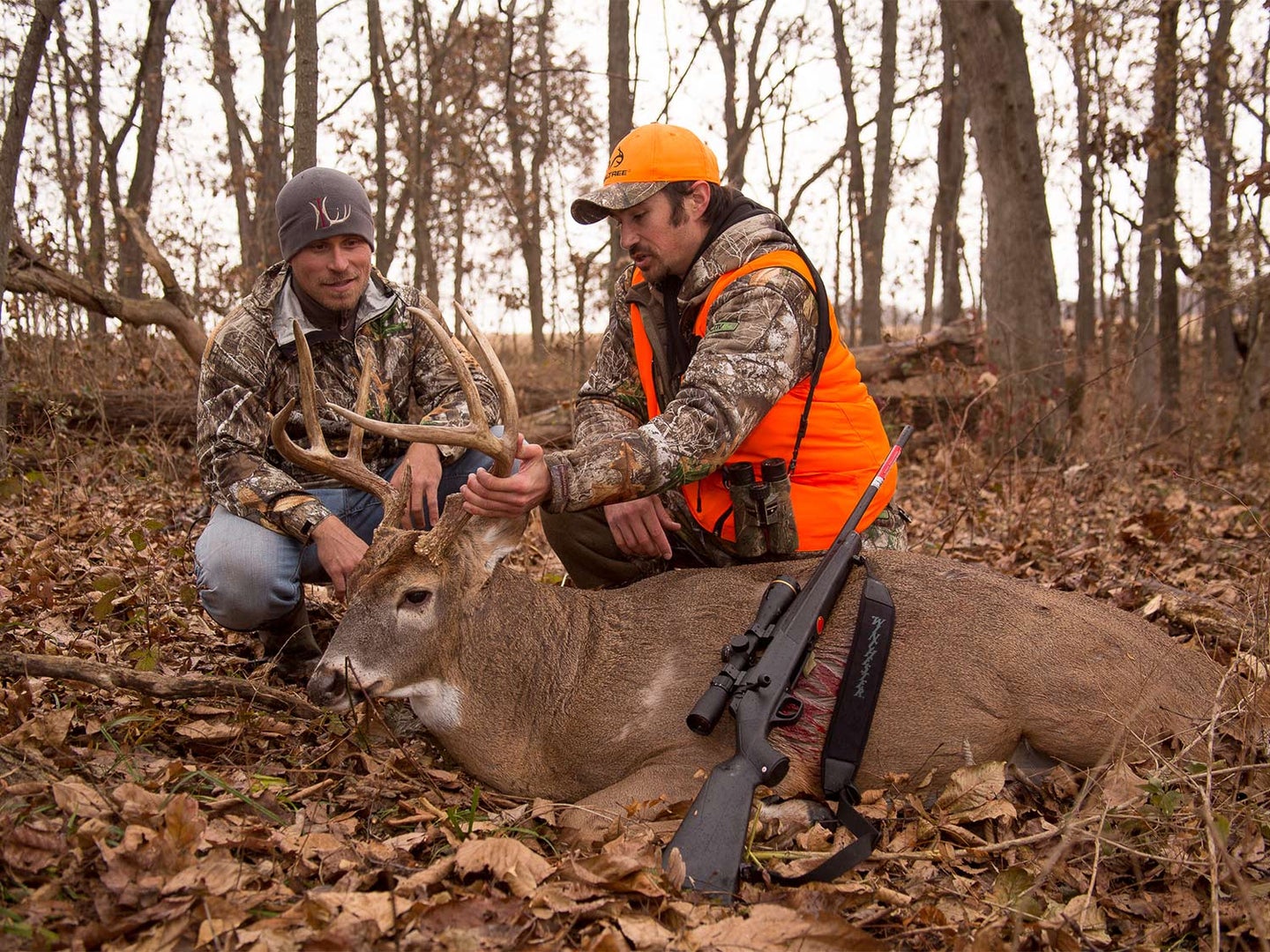 Every fall deer hunters head to camp with friends and family in hopes of killing a mature buck. It’s a long-standing tradition, particularly in the Midwest and East where many of us live in urban areas and need to get out of the city for the weekend and into the woods. It’s a sacred place, where we can create memories—good and bad—and get away from the daily grind of real life. But it’s important that you bring the right folks to camp, so that it remains a place of solace and a place for fun. And if you’re a guest, there are also a set of rules you need to adhere to in order to get invited back. So, whether you’re a host or get the big invite, don’t commit these sins at deer camp.

Anyone with a history of bullying, cheating, lying, poaching, ratting, or tantrums can’t come. And any dingleberry who brings such a turd is subject to severe punishment, including but not limited to: cleaning the outhouse, using the bunk by the privy, gutting all deer, and/or swabbing every smoke pole in camp to a sparkly shine.

Is it really deer camp if the walls aren’t lined with ammo, food, firearms, and jesters? And by the way, never entrust cooking duties to the skinniest, fattest, or unfunniest of the bunch. The first couldn’t rustle up dinner with an Easy Bake. The second won’t leave anything but crumbs. And who wants a cook who can’t crack a joke?

3. Eat Beans and Other Flatulent Foods with Caution

I’ve been in camps so noxious an N95 mask wouldn’t save you. Things so foul smelling as pintos and black-eyed peas have no place at the cabin. Leave the artichokes, asparagus, beans, brussel sprouts, cabbage, curry, garlic, horseradish, tuna, and week-old Chinese food at home. And for heaven’s sake, don’t burn the popcorn.

Never complain about a meal within earshot of the camp chef. If you do, or even so much as look crossways at him, chances are good they just might load you up with something unsavory.

5. Never Backtalk the Camp Boss, Unless He Needs It

Deer camp is kind of like Survivor around here. We live on an island, and everyone votes, but only the boss’ counts. This isn’t a democracy, and you’d better damn well remember it. But, when the boss becomes too much of a tyrant and starts screwing up deer stand assignments, or putting 10-point antler restrictions on bucks, give him hell.

Everyone pulls their weight. No one gets a free pass, not even your candy-ass brother-in-law. Put your back into it and drag that deer, maggot.

Anyone who showers at deer camp is either a sissy from the city, or one of those new-age deer hunters who wears flat bills and skin-tight hunting clothes. Both are equally incompetent hunters. Let the screw up someone else’s camp.

8. Never Be the Youngest or Dumbest

I truly feel for the greenhorns in camp. I was there once; we all were. You have a rough week ahead. You’re going to be the butt of every joke and given the worst jobs. So start looking for someone younger and dumber to come to camp…unless you like cleaning a toilet nine grown men have shared for the last five days.

Read Next: 5 Lessons from Texas Deer Camp to Help You Tag Your Western Whitetail

In an age where hunter numbers are declining, it’s paramount to grow our ranks. Of course, that means bringing new people to camp. Make sure the experience is a grand one, but also make them earn it.

Every storyteller at deer camp must meet three prerequisites. Only uproarious chronicles qualify. Total truthfulness isn’t allowed. And all witless individuals sit in the back to generate filler laughter.

11. Build the Finest Flame Man Has Ever Seen

If you can’t make red fire, turn around now, head south on Softie Circle, merge onto Wimpy Byway, take the offramp onto Snowflake Avenue. And follow that all the way to 123 Milquetoast Terrace. That is all.

Touch the booze, and lose the boom stick. It’s that simple. No jests, jokes, or double entendres. Drunkards can leave after sobering back up.

13. Humiliate Anyone Who Misses a Deer

Shirt tails in the basket. Mug shots on the chalkboard. Whatever the price, anyone who misses must pay. This isn’t up for debate. Just don’t razz them so bad they leave camp. It’s all in good fun.

Whoever decided to tarnish guns with diluted red paint has never been to a real deer camp. Anyone who uses gloves to gut deer should’ve met Uncle Davis, who spent his 20s in a fox hole defending our country. And a good Buck knife goes a long way in earning respect at deer camp, so buy one of those.

We all know that guy who takes more treestand selfies than trophy photos. There isn’t a dead thing anywhere on his Instagram account, but he’s surely upped his face-paint game within the past 752 posts.

16. Don’t Leave Camp Without Pissing Off Someone

A good prank is the heartbeat of a fun deer camp. And it isn’t a good one unless someone gets red-faced. Rubber snakes in sleeping bags. Plastic-wrapped toilet seats. Doe urine under the bunk. Fake target bucks on trail cameras. Buck decoys at dawn. All of these and more belong at deer camp.

17. Don’t Call the Warden, Other Than to Prank Members, or Snatch Poachers

Follow laws. Employ ethics. But never call the men in green unless you plan to prank a punk in camp, or finally nab that filthy poacher you’ve been after for years.

18. Resolve All Arguments with Arm Wrestling and Rock-Paper-Scissors

No need to brandish swords or switchblades. The pirates are all dead for a reason. We settle things like men now. Sort out all disputes with fists and biceps.

19. Don’t Go Home Without Getting Fatter

You can’t depart until the scale reads 5 pounds heavier. No matter how much you intake, or how little you defecate, that process takes about a week. Get what I’m saying?

20. Leave Deer Camp, and the Deer Woods, Better Than You Found Them

All fun aside, be a good steward. Conserve the wildlife. Appreciate the people. Foster the traditions. All of these things fade with time. It’s a finite world we live in. But that makes it that much more mesmeric. So, cherish deer camp this season. Have no regrets, but have all of the fun.