How to Beat the Dreaded October Lull 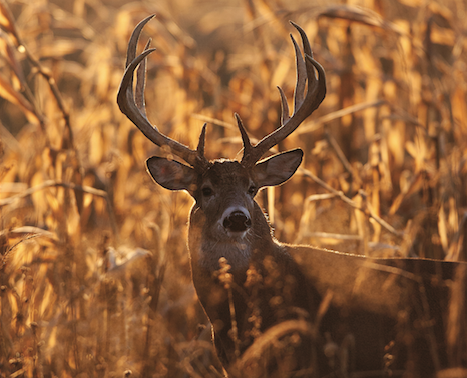 Most deer hunters look forward to the October lull with as much enthusiasm as they would have for sharing a cab ride with a PETA member. The lull, they say, is that period of time when mature bucks stop moving, and when the country store becomes the stage for camo-clad hunters singing the blues. But the October lull—as most hunters perceive it—doesn’t exist.

For sure, there are some pretty darned good deer hunters who will tell me I’m full of it. But I can back my opinion with science-based evidence and anecdotes from experts that say the October lull is nothing more than an excuse.

We use the term to define a time when deer behavior goes through a sequence of marked changes in movement, feeding patterns, browse preference, and core areas. And a study conducted in 2007 at the McAlester Army Ammunition Plant in Oklahoma supports this very notion.

McAlester—which offers a limited-draw, traditional archery-only hunt for whitetails—covers nearly 45,000 acres. The property is an active ammunition facility, and thus access is tightly regulated. The deer, however, are wild and free ranging. That study, conducted by researchers from Auburn University as well as McAlester biologists, found that movement patterns of both young and old bucks increased steadily throughout October and November, reaching a peak just before breeding began, and ramping up again as bucks sought the last remaining estrous does.

Not Seeing is Believing
So why do so many hunters subscribe to the lull theory? Probably because it’s likely there is a change that causes hunters to see fewer deer—but it’s not because the deer aren’t moving.

“I don’t think the lull is a myth. I think it’s definitely real. But I’m not sure it’s exactly what everyone seems to think it is,” says Daniel McVay of Buckventures Outdoors TV.

McVay isn’t just another TV hunter who hunts prime spots. Prior to his work on TV, McVay spent more than a decade as a guide in Illinois.

“I’d have 25 guys in the woods and none of them would see quality deer in mid-October. It didn’t matter where you sat them, they just didn’t see the mature bucks,” he says. “But I think that’s most evident in the Midwest, where you have plenty of food.”

In my home state of Michigan, where more than 300,000 bowhunters take to the woods each October, my trail cameras show a steady increase in mature buck movement throughout the month. In areas where hunting pressure is minimal, those cameras record that evidence on the fringes of daylight—classic low-light movement.

Living The Lull
What are we to do with all of this information? Well, the science is pretty clear: There is no lull in whitetail movement during October. In fact, the opposite is likely occurring. Bucks steadily increase their movement patterns as the rut draws near.

“There are a lot of changes happening in mid-October,” McVay says. “If I don’t kill the buck early, I’m going to lay off until the end of October because I just can’t risk bumping him. But in some areas where there’s less food and less pressure, I can get away with more and can still have decent hunting.”