Not sure where to start your morel mushroom hunt? Here are a few guidelines to find this season’s tastiest fungi 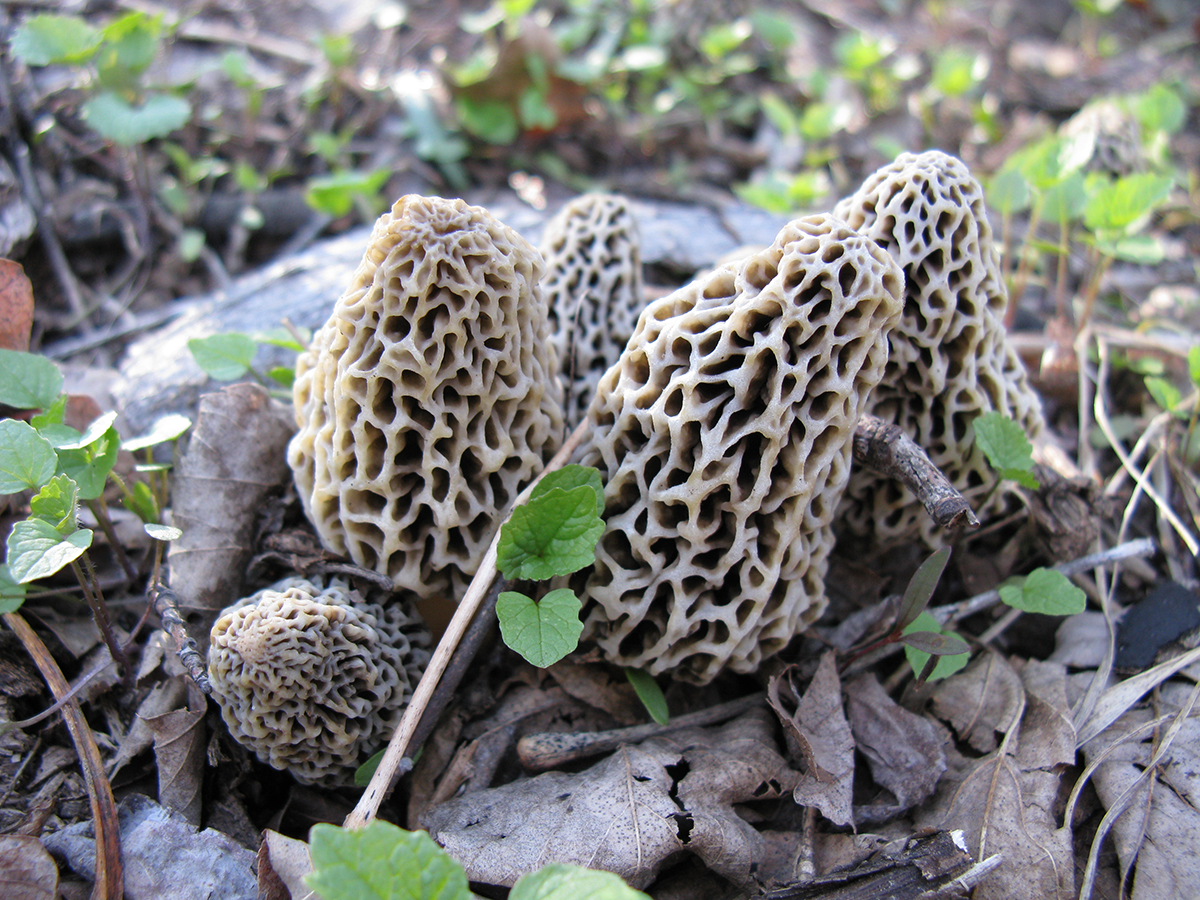 Morel mushrooms are a mystery, a miracle, and a gift of the spring woods. Their arrival of mushroom hunting season often coincides with turkey season. Wild mushrooms can appear overnight and remain maddeningly elusive. Veteran morel mushroom hunters covet their secret spots with a possessive fervor equal to that of any bass fishermen or deer hunter.

Why are wild mushrooms more common in spring?

Morel mushrooms remain a mystery to researchers and foragers alike. Where and why they grow is often the subject of woods-lore. But one thing is certain, there are conditions that cause morels to flush in the spring more than any other time of year. Once you know what to look for in your environment, you’ll be racing to find the next hotspot.

Temperature and moisture are by far the most important factors for fungi growth. Morels will not grow if the soil is too warm or cold. They also tend to like moist soil, so snowy winters and rainy springs are ideal. It’s good to pay attention to snowpack and snowmelt especially in the mountains. Snow not only moistens the soil but also keeps the soil cooler. Be prepared to move up and down the mountain to adjust for temperature and snowmelt. In early spring, morels tend to pop up at lower elevations first and work their way up as temperatures rise.

Disturbed ground, clear cuts and wildfire burns all tend to precede a boom in morel growth. So it’s important to know how morels and other mushrooms relate to their environment.

“One of the hypotheses is that the disturbance disrupts the connection between the fungus and the roots of the host trees that are feeding the fungus sugars and carbohydrates,” says Andrew Larson, a forest ecology professor for the University of Montana.

Simply put, living plant roots provide food to fungus that produce morels. This all takes place under the soil. While it’s hard to say that morels have an exclusive relationship to specific plants, this would explain why we tend to find them near certain kinds of trees. When the trees are gone, due to chainsaws or fire, the food supply for the fungus goes with them. “The response then, of the fungus, is to produce the fruiting body and the spores that are associated so that it can disperse and reproduce,” Larson says. The more “fruiting bodies” (morels) means more spores (think mushroom seeds), and that’s a good thing for both foragers and fungus. Stick to recent burn scars where the trees are dead, but there is still foliage. Partial and clear-cut forests are also great places to look.

Lastly, when you’re in the woods, try to find a place where morels are already growing. That’s right, morels lead to more morels. It sounds pretty obvious, but think back to what’s going on under the surface. Morels are part of a larger more expansive fungus that’s probably all around you, right under the soil.

“Any mushroom hunter can tell you this. If you find one, you need to freeze and look around. You’re much more likely to find more within 20 feet,” Larson says.

Now that you know the right conditions, here are some practical tips to help you find these wild delicacies in the field.

Timing is everything. Start with the leaves

“The old timers say that when the oak leaves are the size of a mouse’s ear then that’s the time to look for morels,” says Rick Hill, a wildlife artist and dedicated mushroom hunter. “And that’s usually about right.”

Morels are often found near trees, but not just any tree, explains Joe Lacefield. He is a wildlife biologist who primarily works with private landowners. Lacefield knows mushrooms. If you want to find morels, he says start by learning to identify trees: sycamore, hickory, ash, and elm are four to focus on first. Morels favor fruit trees, too. “An old apple orchard is often a productive area,” he says. Here are some tips for identifying them.

The mystery factor: Where to find morel mushrooms

Why morels favor some tree species and not others is unclear. “There’s a mystery about them,” Lacefield says. “Are they a symbiotic species that basically is tied into a root system of a tree? Or are they just in the soil? I don’t know. I don’t know if anyone knows for sure. But they’re usually always associated with trees.”

“You have to have soil temperatures that are in the 50s before you’ll start seeing morels popping,” says Lacefield. A wet spring is often a harbinger to a good mushroom year. But a string of nights when the temperature is at or above 50 degrees is the real trigger. “When you have a week of 50 degree nights and some rain, then morels should be coming.”

Wet, but not too wet

Concentrate on well-drained areas that receive plenty rainfall, but don’t necessarily hold it.

Lacefield advises early-season morel hunters to focus on southward and westward slopes. They will have the warmest, early season soil. “You sometimes can find them in grassy areas,” he notes. “But generally the higher humidity of the forest is going to encourage the growth better.” 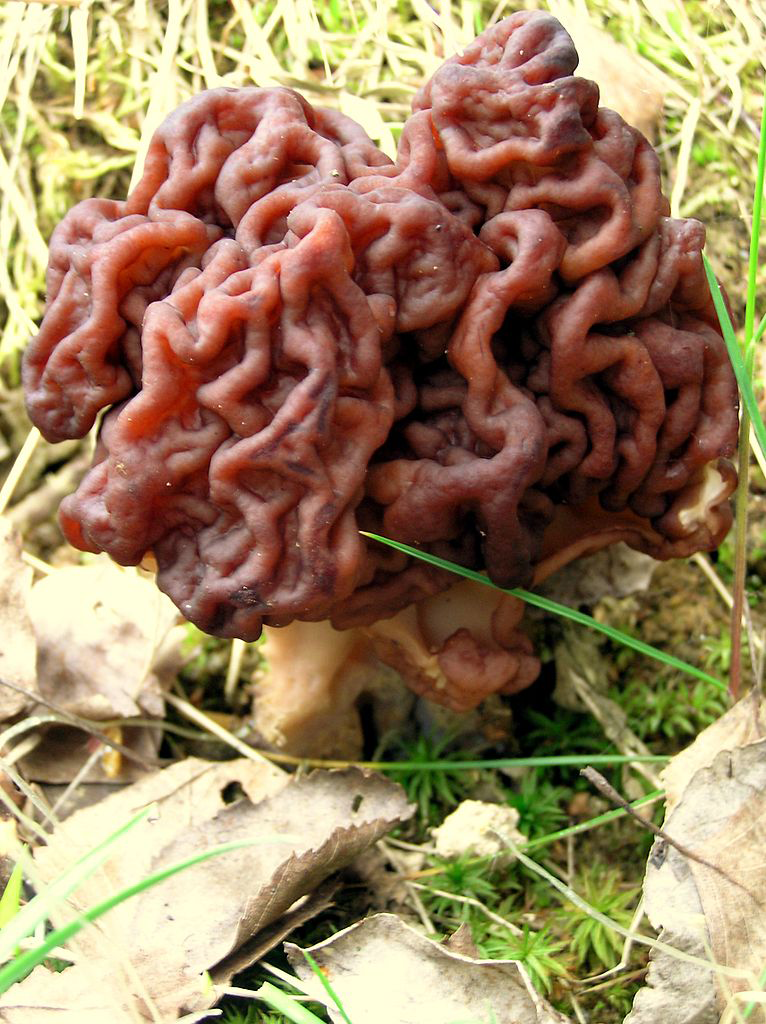 Some mushrooms are toxic. A few can be fatal. Avoid these. Fortunately, only one toxic mushroom resembles a morel. Don’t fall for the fake (see below). “Morels have a wrinkly cap and really there isn’t anything that looks like them except the false morel, which isn’t hollow,” Lacefield explains. “One of the biggest reasons people like to go for the morels is because they are so hard to confuse with anything that will make you sick.”

Morels can range from thimble size to something resembling a soda can, although the larger ones are more rare. Lacefield notes that early season morels are often black and about the size of your thumb and often first found near sycamore trees. Gray, or yellow, morels usually appear later in the season. “The yellows and grays are the bigger (morels),” Lacefield said. “Some people would argue that the yellows are just a later stage of the grays.” Morels can have about a three week growing season but most don’t last that long. “When people find them,” Lacefield said. “They usually take them.”

Susan “Ski” Witzofsky recently retired from a 20-plus year career with the Land Between the Lakes National Recreation Area, a heavily timbered tract that spills in the Tennessee and Kentucky that surrenders its fair share of mushrooms.

If you live in the Deep South your morel season will start in March and end sooner. It you’re in the Mid-South or Midwest, April through May is usually prime time. For the upper Midwest and Northeast, May through June is ideal mushroom hunting season. “The earliest I’ve found a morel was March 6,” says Witzofsky, who does most of her mushroom prowling near the Tennessee-Kentucky border. “The latest I’ve ever found them here is May 7. They start earlier in the South and later in the North.”

The Great Morel website publishes yearly overviews of each morel hunting season. Finding out how the season played out last year in your area can help inform your hunting this season. Find more info at www.morelhunters.com and www.morels.com/soil-temperature-maps/.

No guarantees, even for veterans

Witzofsky has yet to hit a morel mother lode this year. “It’s been a poor year for mushrooms so far,” she acknowledges. The fungi have eluded Lacefield, too. “I’ve put in a lot of miles and haven’t found any. Not yet.”

New to mushroom hunting? Seek guidance, says both Witzofsky and Lacefield. Numerous books and videos are available to help with everything from probable morel locations to tree identification. Better yet, go with an experienced hunter. Although Witzofsky acknowledges mushroom hunters are often a secretive bunch—“Spots are very special and people do not like to share”—you can usually find a local group or class to join.

“Morels are pretty camouflaged,” Lacefield says. “You have to develop an eye for it. It’s kind of like shed hunting. You have to key in on what you’re looking for. It definitely takes experience.”

Also, as morel hunting seems to get more and more popular, it can be harder to find mushroom spots that haven’t been hit yet. You can bet that all the best areas near public-land parking lots will likely be picked over. So just like you might digital scout land for deer hunting, use the same tactics for mushroom hunting. The onX Hunt mapping app has a burn layer that will help you identify forest areas that have burned in the past. A little digital scouting can help make your time mushroom hunting in the field more productive. Plan routes that will get you away from crowds. Also be mindful of turkey hunters this spring (which promises to be another busy season in the turkey woods). Try to do you hunting midday and if you see blinds or decoys, please head the other direction.