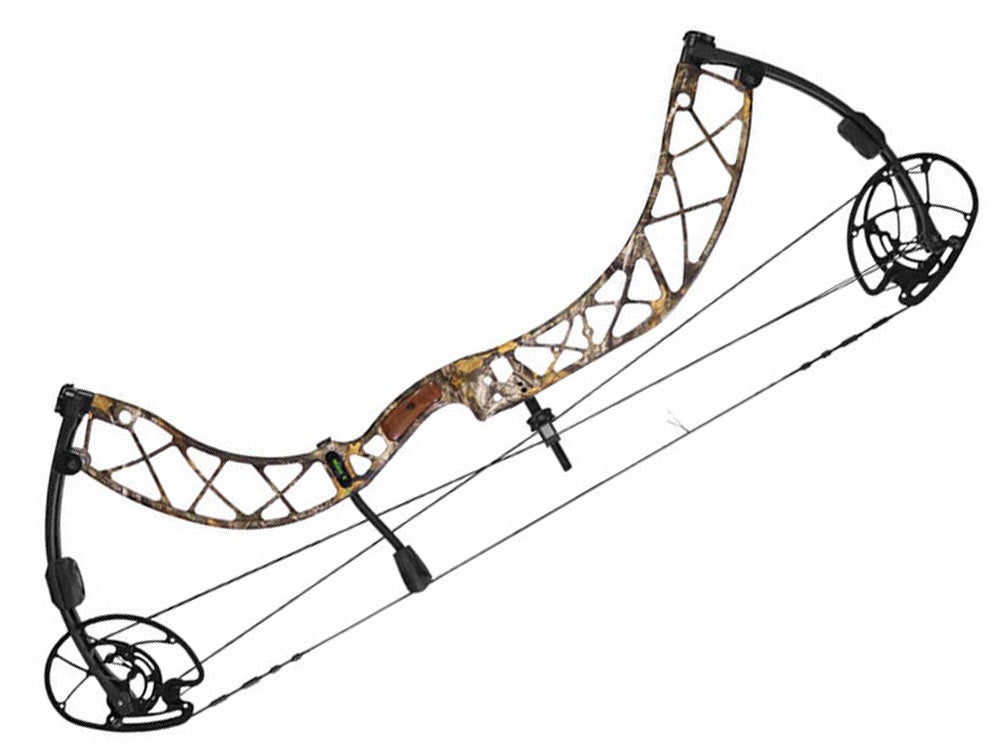 As popular as crossbow have gotten, the 2019 Archery Trade Association show was still a vertical bow feast of cams, risers, and d-loops. I can’t say that I shot every new model on the show floor but I didn’t miss many. For companies with multiple new offerings, I opted to cover their flagship models. Now, you can’t learn everything you need to know about a bow by shooting it a half dozen times on a 5-yard lane (which is what’s provided at the ATA show). The real bow reviews will come later this year from Outdoor Life’s annual Bow Test. But if you’re curious about the new line up of bows being offered this year, I’ve got you covered. After a couple of days of shooting, here’s what I learned. 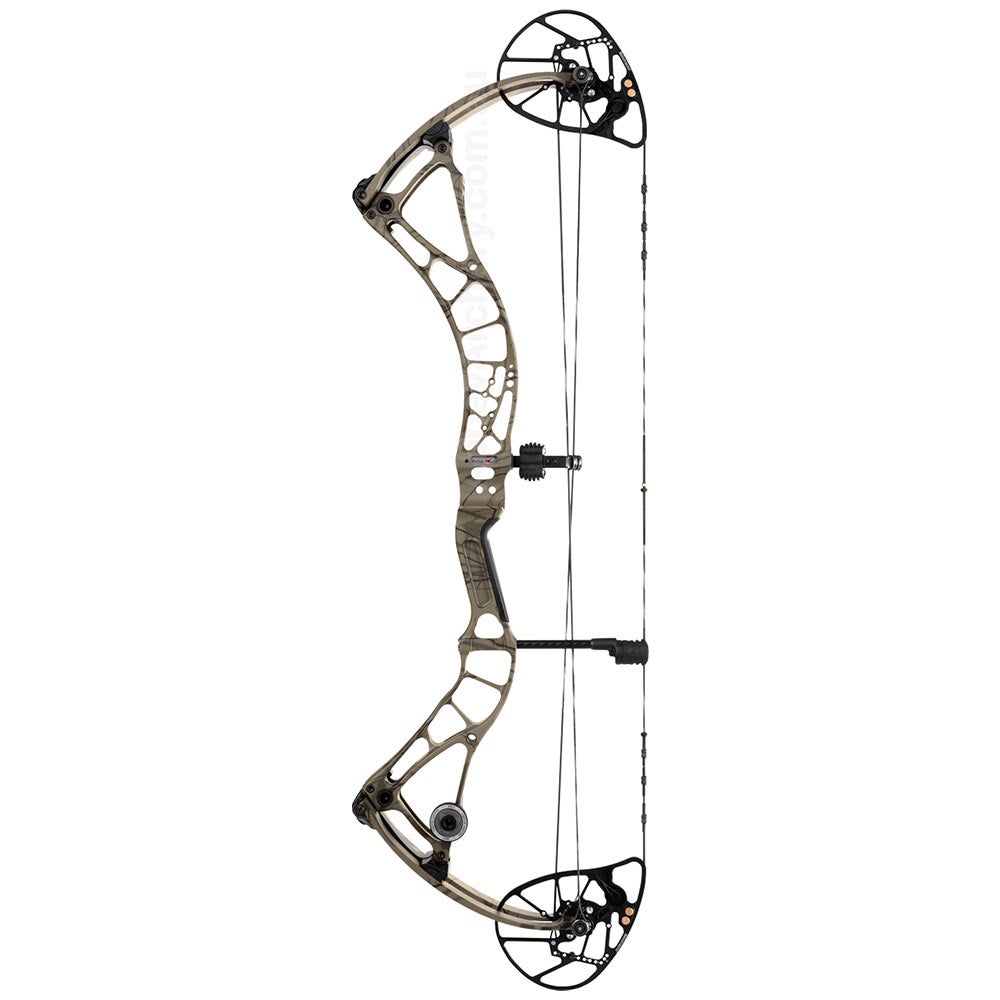 Bowtech’s 2019 line includes a pair of new iterations on last year’s Realm platform. The SR6 is the speed version of the Realm. And it is fast indeed, with advertised IBO speeds of 352 fps. The SS is designed for smoothness, but it’s still plenty quick with speeds of 336 fps. I’ll be honest here…I look at bows from a bowhunter’s perspective. Meaning, that while I enjoy shooting a 3D course and understand how to tune and tweak, I have about as much interest in features like top-end speed and adjustability as I do in The Bachelor. I get the point, but I don’t really base my evaluation of bows on those features. I want a bow that hunts. On the test lane, I was a big fan of the SS. The draw cycle is smooth (duh) but it’s the draw curve that really makes it nice. There’s no hump to speak of and the entire cycle is even and easy. In other words, it’s exactly what I like to have in a treestand. That said, the Realm SR6 was impressive. Yes, it definitely has more of a speed-bow draw. But it also delivers speed bow results, and the draw cycle was not unpleasant. Both bows have a ton of tuning built in, including a cool new cam sync feature dubbed Cam Synchronization Axles. This allows you to precisely tune the angle of the cams to your grip. Both models should be popular and both continue on the long line of excellent options from BowTech. Each bow will retail for about $1,100. 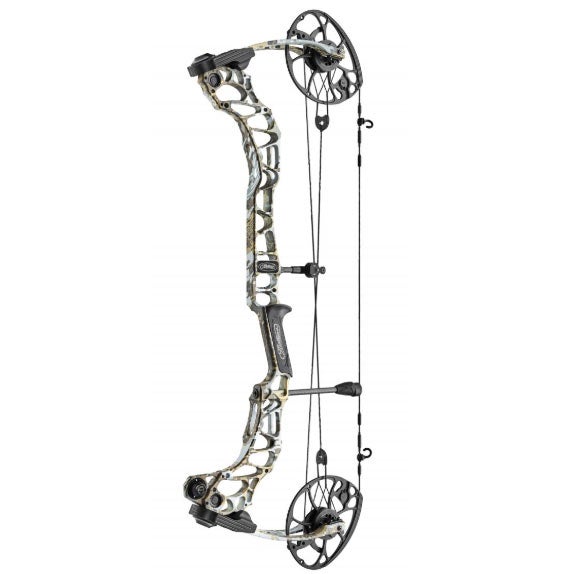 Coming on the heels of the Triax, the winner of Outdoor Life’s 2018 Bow Test, the Vertix shares many of the same features and characteristics with a few added touches that make it, perhaps, an even better bowhunting option. The most noticeable change is in the cam, more specifically, in the mod system which now allows you to change both weight and draw length without swapping out mods. The grip is also new. The Engage grip is designed to reduce torque and provide a more comfortable feel. The Triax was my personal hunting bow last season, and it’s one of the best bows I’ve ever hunted with. But the Vertix is impressive. It has a very similar feel to the Triax but, according to Mathews, has even less vibration. I couldn’t detect any difference at the ATA shooting lanes, and the Triax has virtually no vibration to begin with. So, yes, it was completely dead in the hand when shooting. At 30 inches axle-to-axle, it is two inches longer than the Triax and will list for $1,099. 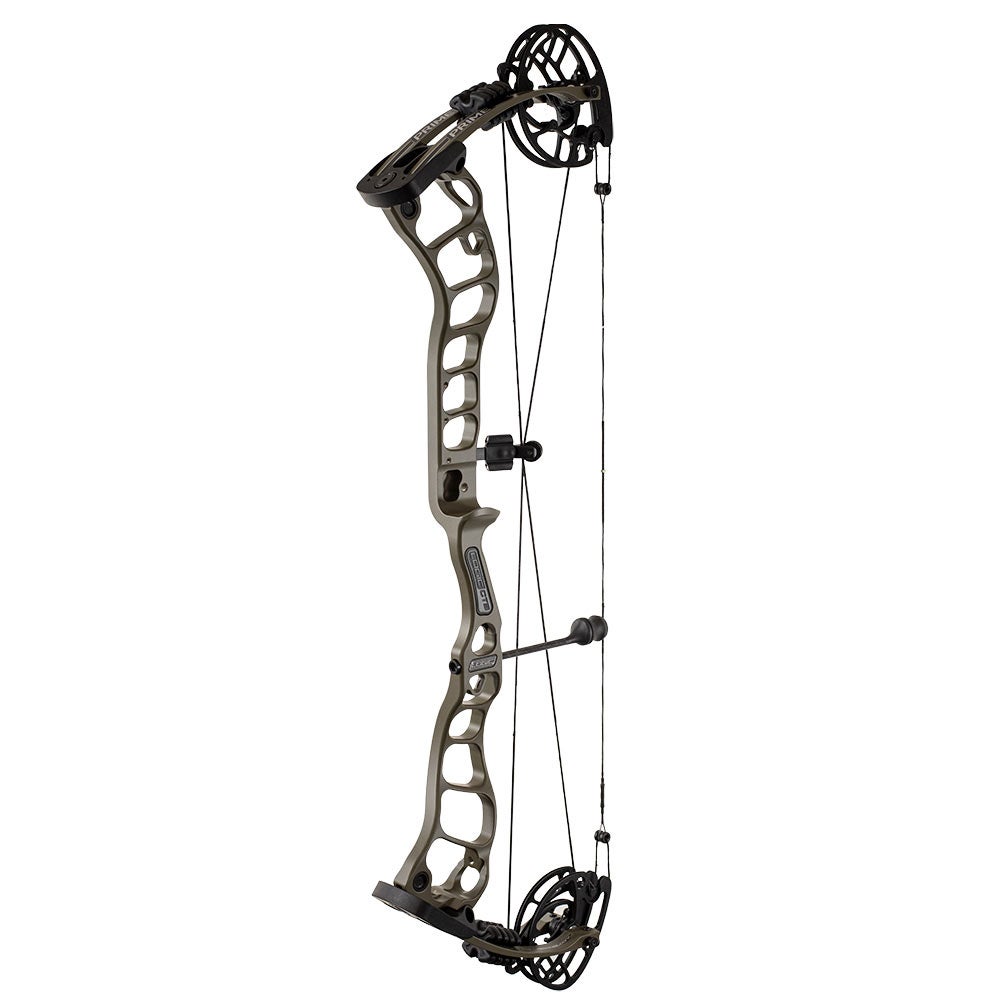 Every year, Outdoor Life’s annual Bow Test draws some interesting feedback from readers and bow manufacturers alike, and it always feels good when the evaluations we provide play a small role in making a good bow even better. In 2018, Prime’s flagship bow was not a test panel favorite, largely due to its thumpity-humpity draw cycle. The CT3 has no such malady. The TRM parallel cam system is slick, and pretty smooth. You can actually adjust the feel of the back wall, which is cool. But, most importantly, the draw cycle is much improved. The CT is actually offered in two iterations – the CT3 at 33 inches in length and the CT5 at 35 inches. I shot the CT3 and found it to be solid overall. It’s listed at 335 fps with IBO specs, which is a marked improvement over last year’s speed. MSRP: $999 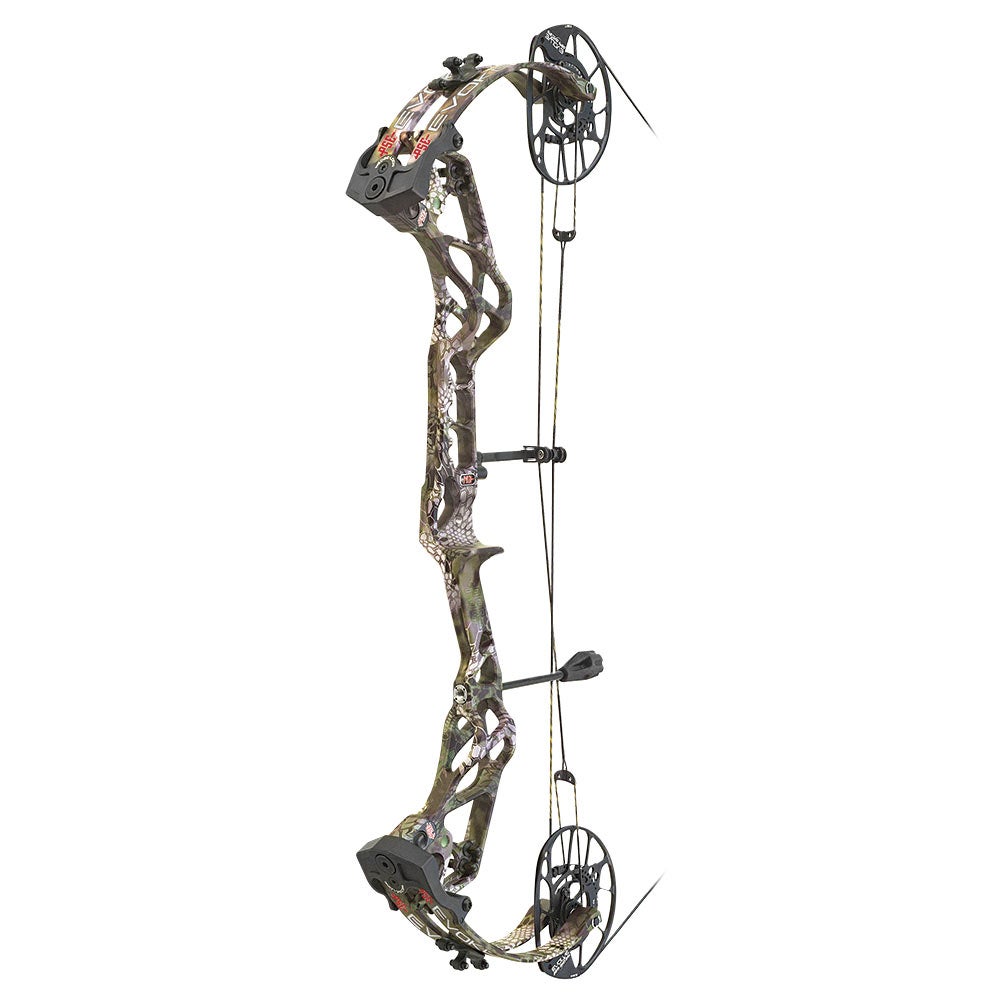 I’m not one to pay a lot of attention to appearance—hence my refusal to spend more than $20 on a pair of jeans—but the Evoke caught my attention with its overall finish. In the past, PSE has produced bows that shoot well, but haven’t been quite up to snuff in terms of overall fit and finish of other big-name brands. But the Evoke’s Kolofusion finish process is damned sharp. Last year’s Evolve nearly took top honors in the 2018 Bow Test and, it seems that PSE has another great bow this year. Again, a few arrows in a test lane doesn’t tell you the whole story, but this was a fun bow to shoot. The Evoke has a new roller-guard system that works with a Flex Rod System to eliminate torque. At 342 fps, it’s right on par with other top models in terms of speed. The draw cycle was very good and — gasp! — this PSE has a pretty generous valley. At 31 inches in length, it’ll be handy in a blind or a treestand (there is also a 35-inch version available). Overall, it’s another solid option from PSE and, possibly, their best yet. It will list for $999. 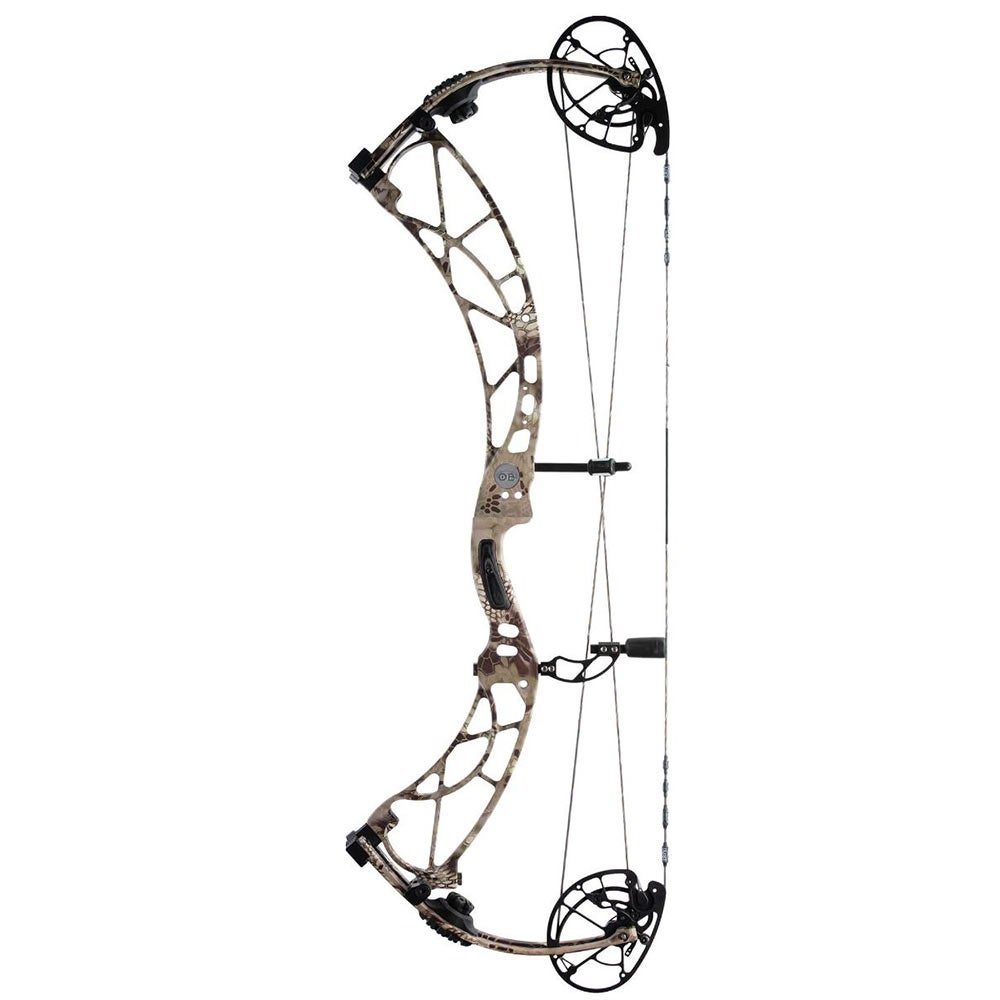 The FX6 is built for speed…360 fps kind of speed. Yeah, that’s fast. To deliver that kind of horespower, you need an aggressive cam and the FX6 has one. But it wasn’t altogether unpleasant, and I suspect with a few rounds on the range, I likely would settle into it quite well. But when shooting down a line of less-aggressive cams, the difference in draw cycle is very noticeable (also, it should be noted that I shot a 60-pound model). I like Obsession’s riser setup and the bow feels solid and upright at full draw. The FX6 features new limb pockets that Obsession claims aid in rigidity. The bow also features Axion limb dampeners and, for a bow with this kind of sizzle, it seemed pretty quiet. Overall, this bow delivers what it claims: Raw speed. And it does so in a platform that’s stable. The bow was fairly dead in the hand and pretty fun to shoot, so long as you can grow accustomed to a speed-cam draw cycle. It lists for $999. 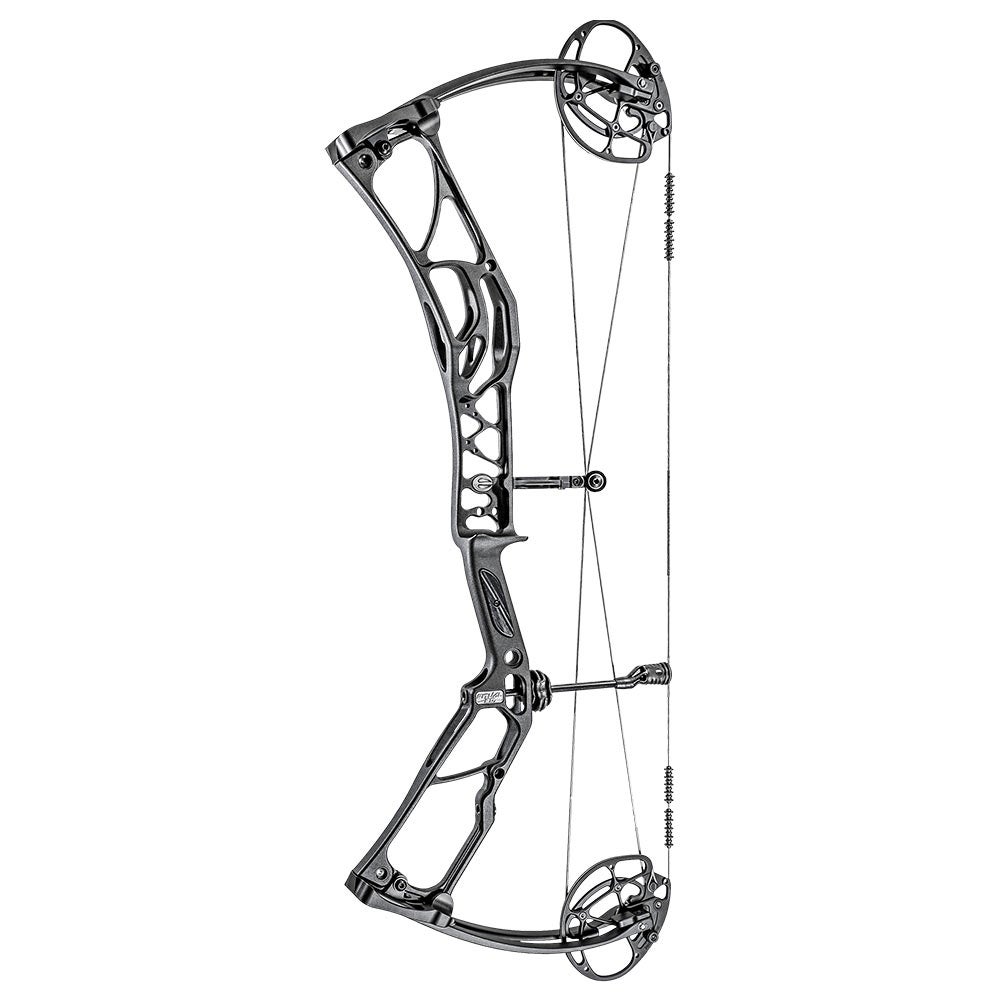 I’ve said it before (and was soundly ostracized on social media) and will say it again (and expect to be soundly ostacized on social media again): Speed is incredibly overrated. At 332 fps, the Ritual 30 will almost certainly be dubbed as “slow.” In fact, it is not. It is slightly slower than many of the flagship models I shot at the ATA show, that’s true. But it is roughly 30 fps faster than the hunting bow I used about five years ago, and that bow was plenty fast enough to kill deer. The Ritual 30 is a shooter. The draw cycle was very good, as it should be when a cam is designed for smoothness instead of raw speed. Elite bows always feel “stiff” to me, and this is no exception. That’s a good thing, it means when the bow is at full draw, everything feels locked into place. There’s zero backwall creep, the bow stands upright with ease and holding on point comes without effort. The Ritual 30 is, you guessed it, 30 inches in length which is three inches shorter than the original 2018 Ritual. There’s also a 35-inch version available. If you’re looking for a bow that’s easy to shoot, built with a high level of quality and don’t care about chronographs, this one is worth a long look. It lists for $1,049. 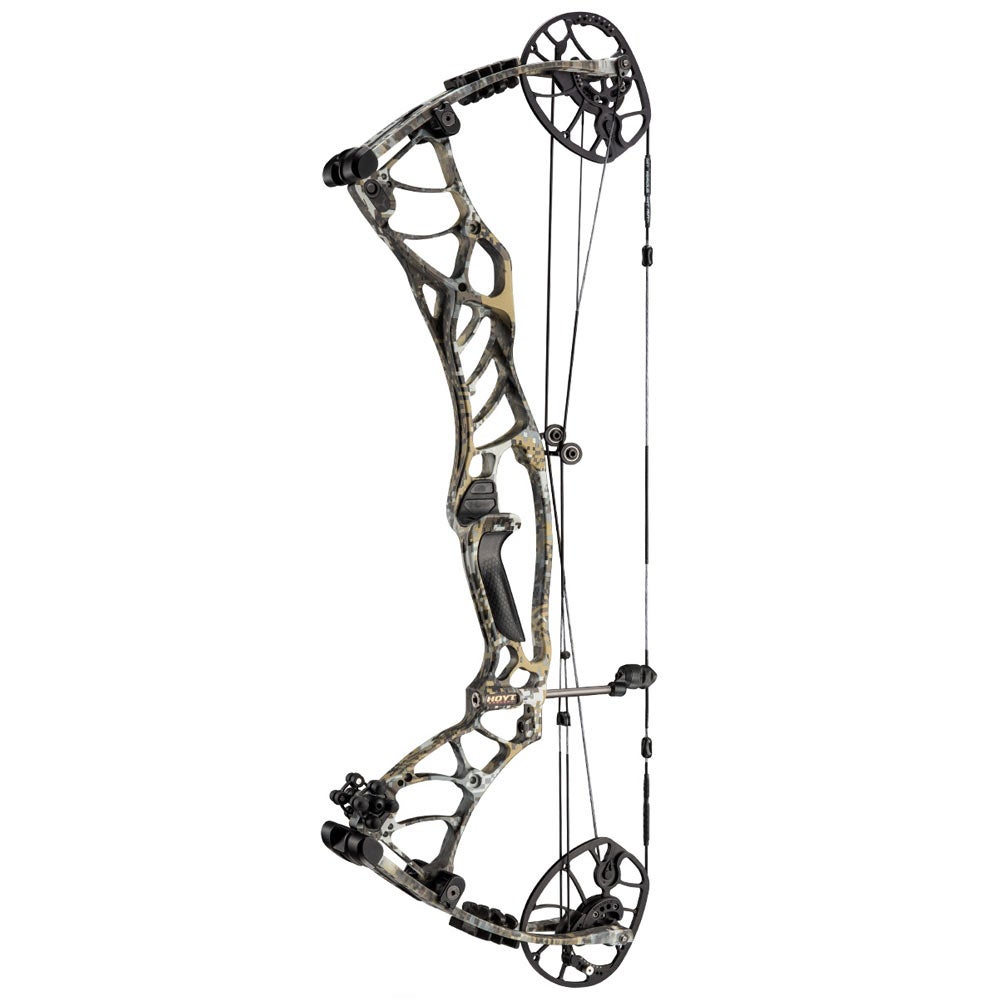 I had two options when I stopped by the Hoyt area of the ATA shooting lanes. I could shoot Hoyt’s new carbon bow, the RX-3. Or I could shoot their new aluminum model, the Helix. Okay, so I shot both, but I’m going to cover the Helix. At $1,199 it’s not exactly a bargain bow, but it is $500 less than the RX-3. And since I was in a money-saving mood, the aluminum choice won out. And I’m glad I picked it. This is a great bow and one I would not hesitate to take hunting. The first thing I noticed was the bow’s overall size. At 30.5 inches in length, it’s compact. It’s also light, weighing in at 4.3 pounds but it’s overall balance actually made it feel even lighter than that. Then I shot it, and it was a pleasure. Hoyt’s new ZT Pro Cam (zero torque) is excellent. The draw cycle is very smooth and the bow carries IBO ratings of 342 fps. The bow was quiet, stable and dead in the hand. Hoyt’s built a lot of great bows over the years. The Helix is another in that list. 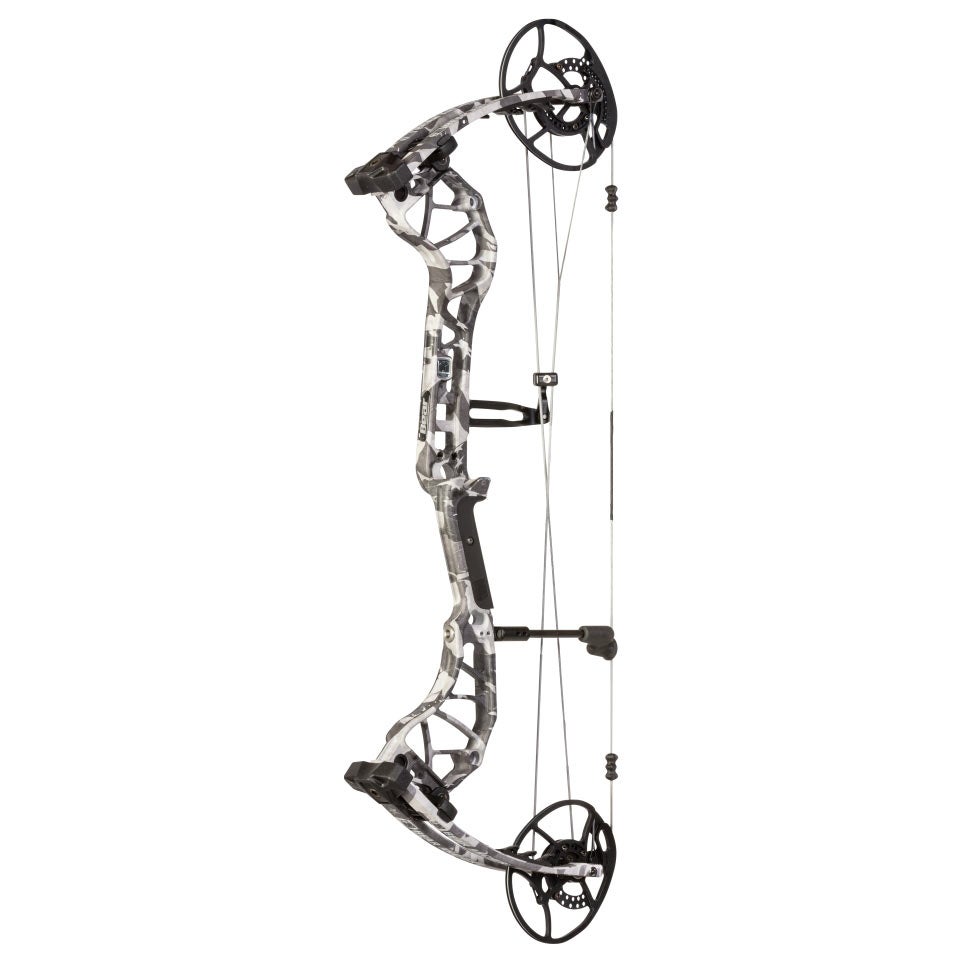 Are you ready for a shock? There’s a 2019 bow that costs less than $1,000, and it’s actually a pretty good bow. The Bear Divergent lists for $699.99 and boasts IBO speeds of 338 fps. It comes in a bunch of finish options, including some fashionable options like Kryptek and One Nation Midnight. The Narogrip is comfortable and thin. The dampening systems are plentiful and effective. It may not be the most innovative or feature-packed model available, but for $700, there’s a lot to love about Bear’s newest model. 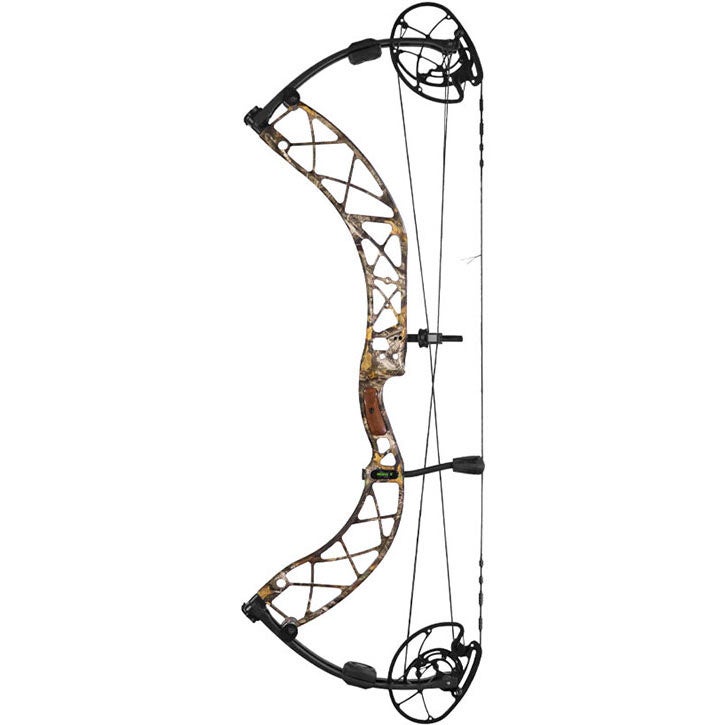 We’ve saved the fastest bow for last. The Mako X has advertised IBO speeds of 364 fps. I didn’t confirm that with a chronograph (that will come later), but everything about this bow screams speed. The draw cycle, as you would expect, wasn’t quite as smooth as other models shot. But it wasn’t bad at all. And the overall shot experience was solid, minimal hand shock, moderate jump at the shot. All in all, the X packed a whole lot of power into a pretty manageable shot experience. I have to admit that I’m not a big fan of the bow’s overall lines and aesthetics…that’s merely a personal preference and there are those who love the flow of the Xpedition’s sweeping riser. I am a fan, however, of the bow’s grip. The palm of your hand is in direct contact with the riser and a pair of hardwood sideplates adorn the riser sides. MSRP is $1,099.