Check this whitetail out. Melissa Bachman, a past co-host on “North American Hunter TV” on Versus and now moving on... 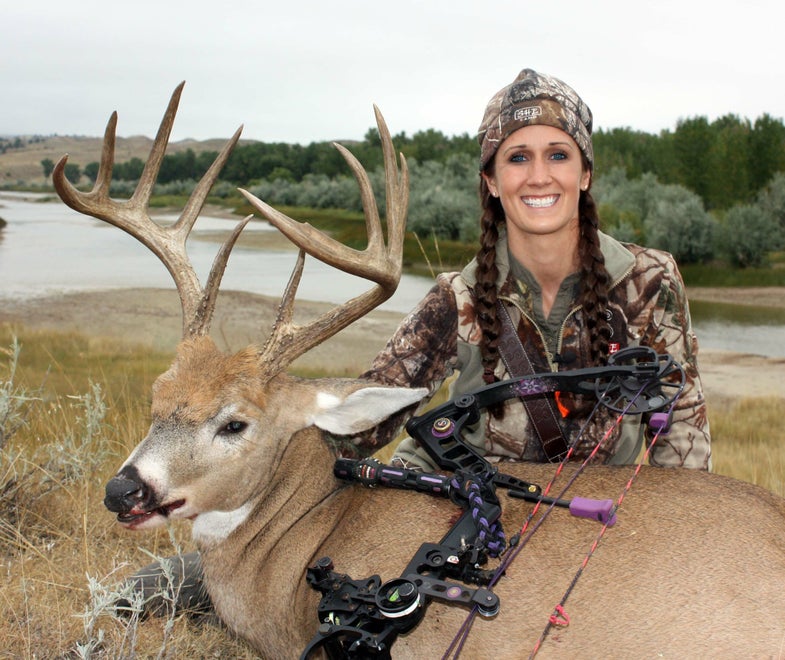 Check this whitetail out. Melissa Bachman, a past co-host on “North American Hunter TV” on Versus and now moving on to “SHE’s Beyond the Lodge” TV show on the Outdoor Channel, hit the jackpot.

Bachman was hunting with Ken Greslin at Powder River Outfitters in southeast Montana when she came face to face with this buck. It had been a long hunt, more than a week spent in treestands and stalking muleys, when this buck stepped out at a mere 10 yards. Bachman’s shot was true and after a short tracking job she found herself beaming over this buck that grosses 152 points.

Bachman isn’t just another pretty face. I should know. She just finished filming me in Montana for an episode of my show “Extreme Pursuits,” which shed edited the entire first season. Because she films and edits, she knows what it takes to make a great show and because of that you’ll be seeing a lot more of her on the tube. She recently joined Team SHE, which is an elite group of professional outdoorswomen. In addition to the show “SHE’s Beyond the Lodge,” you can catch her on “Mathews TV,” and “Whitetail Country.”

I think you’ll be seeing a lot more of this young hunter in the future and I’m sure it will behind a great set of antlers.

Congratulations to Bachman on a great buck!