The Deer Hunting Army: Are You Ready to Join?

With Memorial day weekend on the way and wars raging in Afghanistan and Iraq, the health, size and preparedness of... 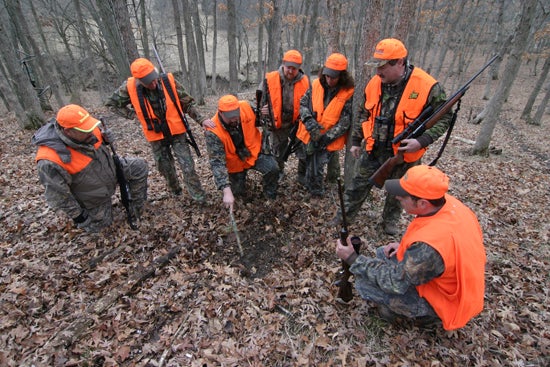 With Memorial day weekend on the way and wars raging in Afghanistan and Iraq, the health, size and preparedness of our military is on the minds of many. Personally I’m a huge proponent of the “speak softly and carry a big stick; you will go far” philosophy.

Putting enough boots on the ground with enough equipment to back any mission is always an enormous responsibility for those in power. But back on the home front, I’m not quite as worried. America has the largest army anywhere, and it’s made up of you and me.

How is that possible you say? Think about it. It comes in the form of licensed hunters.

According to the National Survey of Fishing, Hunting and Wildlife Associated Recreation, there were 10.7 million big game hunters who hunted in 2006, the latest data available. States like Wisconsin, Pennsylvania, Texas and Michigan each put more than 500,000 deer hunters into the field annually. If you add up all the big game hunters across the nation you come up with an armed force formidable enough to protect the borders of the country if called to duty.

There’s evidence that says Japan didn’t invade America in World War II, even after the victory at Pearl Harbor, because they knew most Americans were gun owners. And despite several countries, including China, hosting large armies, gun control across most parts of the world limits civilian participation severely. That’s not the case in America.

Let’s hope we never have to miss a deer season because we’re helping to protect the country, but I for one am up for the duty. Are you?

Thanks again to all our troops. Happy Memorial Day and God bless!