Is it Time to Better Regulate Captive Deer Operations?

Back in 2000, voters in my home state of Montana passed Constitutional Initiative 143, effectively ending the controversial business of... 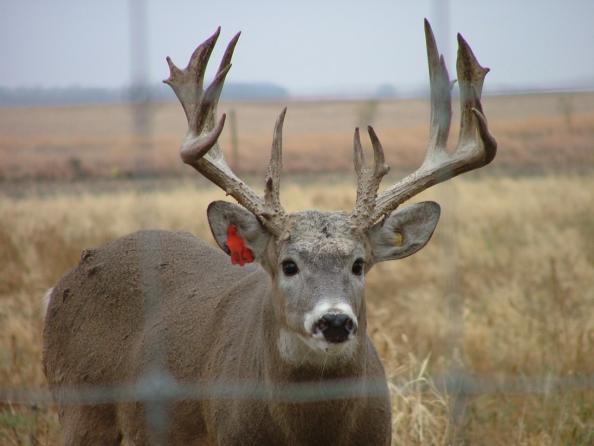 Back in 2000, voters in my home state of Montana passed Constitutional Initiative 143, effectively ending the controversial business of game farming.

The catalyst for the initiative was the discovery of chronic wasting disease in a captive elk facility near Philipsburg, in the very heart of Montana’s wild-elk country. Elk in the facility were quarantined, then euthanized (shot by government marksmen), and later tested for always-fatal CWD, for which there is no cure and which is easily transmittable to wild deer and elk.

The months leading up to the vote that ended game farming was hugely polarized, with pro-business groups claiming that voters were improperly impinging a legitimate industry, while hunting groups mostly argued that a few poorly regulated operators were putting Montana’s publically owned wildlife–and the $500 million-a-year hunting industry–at inappropriate risk.

I’m happy to report that hunters won that round, and I haven’t talked to anyone in the last 14 years who misses the penned-elk business.

I mention this in the context of a new wave of attention that’s being directed at captive-cervid operations nationwide. This weekend, the Indianapolis Star published a remarkable series of investigative reports about how the deer farming industry works, who promotes it, and how the line between wild, free-ranging deer and eartagged, genetically enhanced captive deer is blurred in many states. Even the legal definition of deer–“wildlife” vs. “livestock”–is being deliberately muddied by those who raise and sell deer for their oversized antlers.

The issue of managing captive-cervid operations got further momentum when it was identified as one of the top risks to wild whitetails by deer-management experts at the North American Whitetail Summit earlier this month.

Problems with captive deer operations range from the biological and epidemiological–they tend to be loci for diseases that could spread to wild populations of game animals–to the social. Poorly informed voters can easily confuse shooting a penned deer with the noble pursuit of fair-chase deer hunting.

But summit participants also noted that curtailing captive cervid operations is a complicated issue, not only because of the legal and political risks of taking on a powerful lobby, but also because condemning every high-fenced deer farm could be considered anti-hunting. Does pursuing a deer in a 10,000-acre enclosure differ from pursuing one in a corral?

The issues are anything but simple, but it’s time that we hunters had a stronger voice in the debate.

What’s your take on deer farms? Are they a threat to our wild animals? Are they a legitimate business? Would you shoot a pen-raised deer? Should captive operations be more tightly regulated? Weigh in here and add your voice to what’s likely to be a hotter debate in the months and years to come.