Please Don’t Make Me Be The Cabin Boy 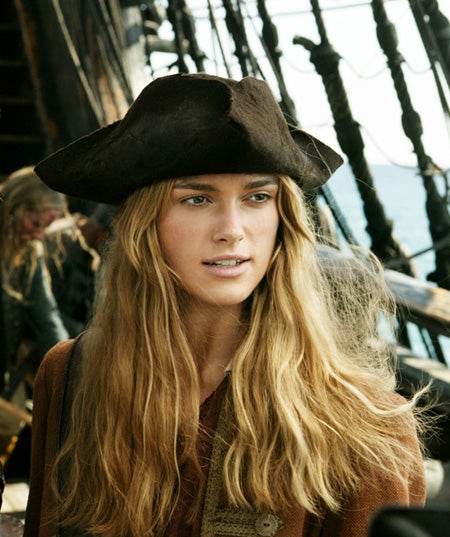 Don’t get me wrong. I love the border region. I’ve hunted, fished, visited, traveled, and played there for the majority of my life. I used to stay across the border in Ciudad Acuña, Mexico the three or four times a year I’d fish Lake Amistad with no reservations of safety whatsoever. Now? I stay on the U.S. side when down there. I hear from reliable sources that Ciudad Acuña’s remained relatively free of the drug violence that’s plagued most of the Mexican border towns, but I have no interest in investigating this hearsay firsthand. None of this would be of concern to Americans however if the violence and troubles stayed on the opposite side of the border. Unfortunately, it hasn’t.

On April 30, May 6, and May 7 pirates posing as federales attacked American fishermen that ventured into the Mexican waters of Lake Falcon. The pirates demanded guns and drugs on each occasion but ended up with only cash instead. American law enforcement fear the pirates will be traveling into Texas waters soon enough as drug and human smugglers and illegal gill netters from Mexico have been doing so for years. Fears of piracy on the U.S. side are being blamed for Lake Falcon’s being almost void of fishers this past Memorial Day Weekend.

It is believed that the Mexican pirates are members of the Los Zetas drug cartel which would explain while all the pirates encountered thus far have had the letter “Z” tattooed on either their neck or arm. Piracy may be a new way for the Zetas to obtain wealth to help finance their ongoing battle against the Mexican Police and the rival Gulf Cartel. But does it really matter who a pirate is associated with when he has an AK-47 pointed at your head and is demanding money? I believe I’d be too busy crying like a newborn and praying for God to allow me to live to care.

So if you find yourself on any of the Texas – Mexico border lakes be extra cautious. Stay out of Mexican waters and be aware of your surroundings. Remember that modern day pirates don’t fly a skull and crossbones flag or look like Johnny Dep. They’re not from Hollywood and they’re playing for keeps.

Pirates in U.S. lakes! What’s the world coming to? Comment below!

NOTE: The majority of Mexico is safe for hunters, anglers, and tourists. According to the U.S. State Department only the border towns are of any major concern in regards to travel.