The 35 Best Hunting and Fishing Towns in the US 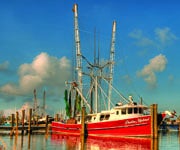 Now in its fifth year, our annual “Best Towns for Sportsmen” feature is an OL institution. Readers love to argue the merits of their burgs based on our rankings; local newspapers crow about the inclusion of their town; and realtors call to ask for extra copies of the issue.

This year we’re forgetting all the socio-economic data and focusing on what matters most: hunting and fishing. In the next few pages, you’ll find the 35 towns in the U.S. where we would live right now, based solely on the outdoor opportunities there. Some boast bass and deer, others elk and trout or ducks and redfish. Regardless, each of these towns is an outdoors mecca in its own right, and from sea to shining sea, they offer the best hunting and fishing in America.

#1 – Appleton, WI
More than 170 years ago, trappers and fur traders chased the promise of lucrative beaver pelts up the Fox River and settled the town of Appleton. Today, enormous whitetail deer draw outdoorsmen and -women to the Fox River Valley. The Boone and Crockett Club recently anointed Wisconsin the number-one trophy whitetail state in the country, with Cheesehead hunters logging 383 B&C entries in the last five years. In the last three seasons, three different bucks killed within 50 miles of downtown Appleton have either broken or threatened Badger State records. But there’s a lot more to do in Appleton than sit in a treestand.

Nearby Lake Winnebago and the Fox River, which runs through town, are premier walleye fisheries. Green Bay, 30 minutes to the north, offers some of the best smallmouth bass and muskie fishing in the country. Horicon Marsh State Wildlife Area sits 70 miles to the south and is the largest freshwater cattail marsh in the country. Hundreds of thousands of geese migrate through the region each fall. Sixty miles to the north, the 661,000-acre Nicolet National Forest, home to deer, bears, and grouse, is one of the last true wild places in the northwoods.

This town’s name should be your first clue as to why it attracts sportsmen the way a spawning run draws bears. Located right on the Salmon River–and bordering millions of acres of public hunting ground, including the largest wilderness area in the Lower 48 (the Frank Church River of No Return Wilderness)–Salmon has, well, everything.

The Salmon and its tributaries offer world-class fishing for trout, steelhead, and other species year-round. On the crags and benches above the Salmon and other nearby rivers, wingshooters chase chukar and huns, while at higher elevations blue and spruce grouse predominate.

The big-game scene has changed in Salmon with the resurgence of wolves. But trophy elk, mule deer, and whitetails are still accessible, and the hunting for bears and mountain lions is second to none.

If you like your saltwater rimmed by white sand beaches, palm trees, and tiki bars, this is not the place for you. However, if you live to hunt and fish, and yearn to do it 24/7/365, then this tiny community at the mouth of the Mississippi River beckons.

Despite its infamy as the epicenter of both Hurricane Katrina and the Deepwater Horizon oil spill, Venice remains arguably the greatest place in North America to fish and hunt waterfowl.

In 2011, Bassmaster Classic competitors ran down the Mississippi from New Orleans to Venice–more than two hours by boat–to fill their livewells with largemouths. However, it’s world-class redfish and speckled trout fishing that draw the recreational fishermen. You will catch fish here every day that you hit the water, and you can’t say that about very many other places in the country.

If you get bored in the marshes, big-game fishing opportunities–from marlin to tuna, sailfish to swords–are plentiful around the offshore gas and oil rigs.
September marks the beginning of teal season in this waterfowler’s paradise, with more than 14 percent of the country’s wetlands located in this region of southern Louisiana.

This gateway to the ruggedly beautiful Black Hills region of western South Dakota offers its 67,000 residents a wide variety of hunting and fishing opportunities. Mountain lakes and coldwater streams to the west of town are home to brook, brown, and rainbow trout. In the surrounding prairie, a constellation of reservoirs and stock dams hold largemouths, pike, and panfish.

Hunting opportunities are available nearly year-round. Whitetails, mule deer, elk, and Merriam’s turkeys prowl the mountains. A short drive will put you into pheasants, sharptails, and prairie chickens. Pronghorns, coyotes, and prairie dogs are plentiful in the grasslands.

They got the name right. Centerville is in the middle of a sportsman’s paradise. Epic whitetails get the headlines (the 307-inch Lovstuen Buck was killed just north of here), but south-central Iowa has plenty of four-season opportunity: abundant turkeys and waterfowl, plus great crappies, walleyes, and channel cats on Rathbun Lake north of town.

But it’s the human dimension of this place–the classic Midwestern courthouse square, the easy friendliness of its residents–that makes this a great town to call home. Plus, Centerville has some bona fide hunting pedigree: It’s the original home of groundbreaking Knight muzzleloading rifles.

#7 – Georgetown, SC
Several rivers converge at the Intercoastal Waterway in this city in the Carolina Lowcountry. Famed lakes Moultrie and Marion are a short drive to the west.

#8 – Bend, OR
Drive less than an hour from Bend and you can be fishing a stream in a desert canyon, a high alpine lake, or a spring creek.

#9 – Bismarck, ND
If you’ve got your eye on walleyes, set your sights on Bismarck, on the banks of the Missouri River. Grouse, pheasants, ducks, and geese abound in fall and winter.

#10 – Saratoga, WY
With the North Platte River running through downtown Saratoga, your next trout is never more than a cast away. Elk, deer, and pronghorns roam the mountains and prairies around town.

#14 – Islamorada, FL
Watch the sunrise over the Atlantic Ocean, where offshore fishing for everything from grouper and snapper to dolphin and swords abounds. Cast to tarpon, permit, and bonefish on the flats as the sun sets over the waters of the Gulf of Mexico to the west of town.

#15 – Ely, MN
Just miles from the million-acre Boundary Waters Canoe Area, Ely is a pike and walleye fisherman’s paradise in the summer, and a whitetail mecca come fall.

#16 – Thompson Falls, MT
This secluded town west of the Rockies is surrounded by massive swaths of national forest. The two most accessible, the Kootenai and Lolo, hold elk, whitetails, ruffed grouse, and turkeys.

#17 – Show Low, AZ
You’ll find pronghorns to the north of town, and elk, deer, and lions to the south and east. The nearby White Mountains are the only place in the world to fish for Apache trout.

#18 – Russell, KS
Pheasants, quail, doves, turkeys, waterfowl, and deer provide hunters in the heart of the Smoky Hills a dizzying array of opportunities.

#19 – Toccoa, GA
Tucked into the southeastern corner of the Chattahoochee National Forest, Toccoa is 15 minutes from the Lake Russell Wildlife Management Area, home to deer, turkeys, bears, squirrels, rabbits, and wild hogs. Lake Russell is stocked with trout, and nearby Lake Hartwell has hybrid stripers, brown trout, and crappies.

#21 – Cadiz, KY
In less than 30 minutes, you’ll be into bass, crappies, and catfish on Kentucky Lake or Lake Barkley. Deer and duck hunting are vital threads in the local sporting fabric.

#22 – Logan, UT
Located in the Cache Valley, Logan is surrounded by marshland for waterfowl hunting and myriad blue-ribbon trout streams.

#25 – Rogers, AR
In the heart of the Ozark Mountains, Rogers is a short drive from 31,700-acre Beaver Lake and its epic striped and largemouth bass fisheries.

#26 – Montauk, NY
The Atlantic Ocean and the Long Island Sound meet at this home of world-class saltwater fishing. Hook up with bluefish and stripers faster than you can count them during the spring and fall blitzes.

#29 – Sebago, ME
Sebago hugs the northwestern shore of Maine’s deepest lake (and the town’s namesake). Locals troll for landlocked salmon around rocky points and shoals.

#30 – Arnold, NE
With only 500 residents, tiny Arnold is home to more whitetails and mule deer than people. That game-rich environment has fostered a hunter-friendly culture in this north-central Nebraska town.

#32 – Woodward, OK
Kansas’ big-buck cup runneth over the border into Woodward, in northwestern Oklahoma, where a number of 150- to 200-class bucks are tagged every fall.

#33 – Beckley, WV
The New River is a prime destination for smallmouths, walleyes, and muskies, and many of its tributaries teem with wild trout.

#34 – Harrisburg, IL
Though the nearby Shawnee National Forest is best known for its whitetail hunting, the area is also home to turkeys, waterfowl, upland birds, and small game.

#35 – Uvalde, TX
This beating heart of south-Texas deer country is also home to some of the best dove hunting in the nation. Lake Amistad sits on the Mexican border 70 miles to the west of town and offers excellent bass and catfish opportunities.

Who could blame them? Camden, a perennial favorite on any “Most Dangerous Cities” list, laid off half of its police force in January. Take a cue from the shad and stay far away from Camden.

Do you have any suggestions for other fishing and hunting towns not mentioned on this list? We’d love to hear from you, so enter your favorite town in the comments section below or click here to upload photos.