The REAL Story of the World Record Bass

The inside story on the man who finally took the most famous bass of all. 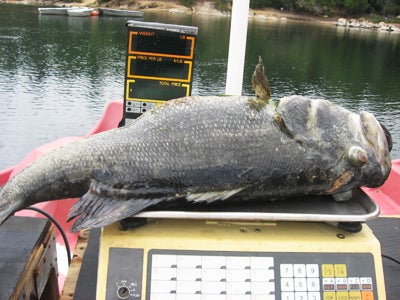 Not anticipating the media buzz Dottie would create, Brown left the bass with the rangers and went back to fishing. About two hours later he returned to the dock to see a flurry of camera crews finishing their stories and getting ready to go. "I told them I had found Dottie and asked if they wanted to know my name, but they said they already had their story," Brown says. The only recognition he got was an 800-word story written in the local newspaper. Worst of all, when Brown came back from fishing the giant bass was gone. Brown says the rangers took Dottie to a lab to be studied. When he called to see if he could get the fish back to be mounted or replicated, the rangers said they would make him a mold of the fish, but more than two months later, Brown is still waiting. Unfortunately for Brown, Dottie proved to be just as elusive in death as she was in life. Outdoor Life Online Editor
SHARE

The inside story on the man who finally took the most famous bass of all.