Last month, myself and two other writers were invited by Billy Chapman of Anglers Inn to fish Lake Picachos: a... 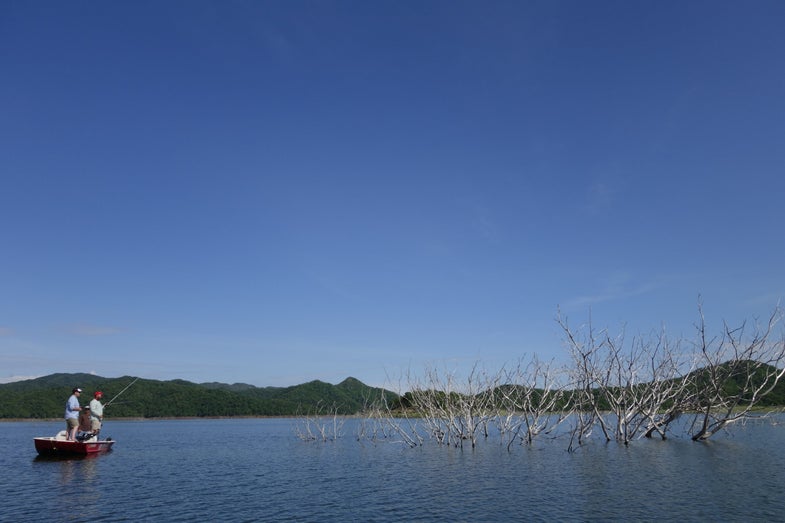 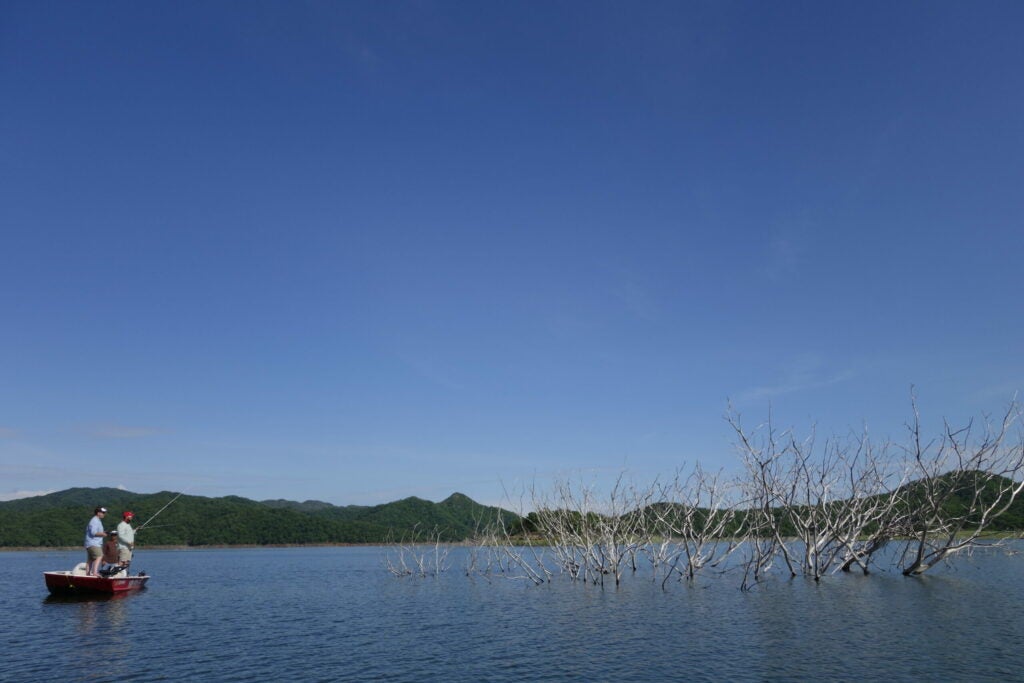 Last month, myself and two other writers were invited by Billy Chapman of Anglers Inn to fish Lake Picachos: a 5-year-old, 16,000-acre reservoir outside of Mazatlan, Mexico. We were among the first handful of Americans to fish the lake, which is being touted as “The Next El Salto.”

For three days we ran crankbaits, worms, jigs, and topwater poppers over and around Picachos’ seemingly endless jungle of flooded timber. We caught a ton of fish — the morning topwater bite was especially frenzied — but most of the bass fell in the 2- to 3-pound range. We landed a few fives and a single 6 pounder, but the 10-pound-plus bass, which are the reason an angler would travel to Mexico to bass fish, were MIA.

So is Picachos a bust? Far from it.

Sinaloa officials decided to flood El Presidio River and create Lake Picachos for two reasons: 1) Form a reservoir that would provide water to fast-growing Mazatlan and the surrounding agricultural fields; 2) Develop a commercial fishery for tilapia. Somehow, Florida-strain largemouth bass found their way into the lake more than four years ago.

By chowing down on tilapia and enjoying the lake’s unbounded cover, bass numbers have exploded. Other than a few herons and cormorants, adult bass have no natural predators in Picachos. The lake is all catch and release. A quick side note on this: When officials dammed the river to build the lake, they flooded seven villages and displaced hundreds of people. The Mexican government set up those villagers (who were mostly cattle ranchers) in new homes, whereupon the villagers banded together and fought for shares in all the businesses that run out of Lake Picachos—including Chapman’s. This means Chapman is working closely with the locals. They are his business partners, and he’s also hiring them as guides, cooks, waiters, and maintenance men. If the bass fishery thrives and Billy’s business does well, everybody prospers. In short, nobody is poaching fish out of the lake.

Locals gill-net the largest tilapia (which spawn twice per year), leaving a huge forage base of fingerlings for the bass. This is the same environment bass enjoy in Lake El Salto, which has been considered one of the world’s best trophy bass lakes since the 1990s.

Chapman has run Angler’s Inn on Lake El Salto for decades, and according to his records, adult bass grow about 2 pounds each year in Mexico. So, the huge class of 3-pounders we were catching should be 7-pounders in two years. In four years, they’ll be 11-pounders. And, there are already some monster fish showing up in Picachos. We heard about a handful of 8-pound fish and one 12-pounder, which at least suggests trophy-size fish can survive in the lake.

But, water level is the wild card in it all. Sinoloa is a desert during the dry season (November to May) and a jungle during the rainy season (June to October). When heavy rainfalls hit the Sierra Madres, all that run-off hits El Presidio and Picachos rises more than 40 feet. Bass have no problem surviving these water level changes—the same thing happens at El Salto—but the fluctuation can throw a monkey wrench in the fishing. A flow of cool rainwater can turn on the topwater bite, according to Chapman, but it can also make it harder to find big fish, which spread out in deep holes and ledges around the lake. Because the way its dam is constructed, Picachos water levels will rise faster than El Salto’s, which could make trophy hunting generally tougher.

But here’s the best thing about Picachos: the fish are uneducated and ultra-aggressive. Mature bass in mature trophy fisheries have seen every kind of worm and spinnerbait imaginable. But Picachos has seen minimal fishing pressure. We did meet some local Mexican bass fishermen who, judging by their new gear and fishing jerseys, take their angling pretty seriously. But mostly we had the lake to ourselves. We had a ton of explosive topwater strikes and wrist-jamming hits on crankbaits—even though the attackers would go only two or three pounds.

It’ll be scary when these fish make it to 12 pounds.