The encounter speaks for itself. A British sniper deployed in Afghanistan killed two Taliban fighters with two consecutive shots at … Continued 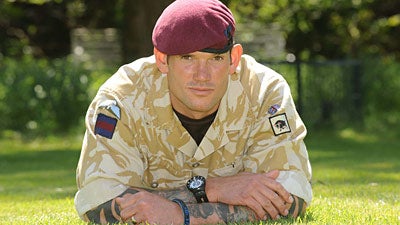 The encounter speaks for itself. A British sniper deployed in Afghanistan killed two Taliban fighters with two consecutive shots at a jaw dropping 2,706 yards. That’s 1.54 miles for those of you trying to do the math at home.

His weapon was the L115A3 Long Range Rifle chambered in .338 Lapua. This cartridge, which already had been anointed the Next Great Thing in long-range shooting, is sure to see its popularity climb to even greater heights.

As effective as the cartridge might be, however, it is still the man behind the trigger who makes the shot–and that’s where our admiration and respect should be directed. Corporal of Horse Craig Harrison, the sniper who made the shots, recounts his story here.

Harrison broke the previous record that was set in 2002 by a Canadian sniper who had a confirmed kill at 2,657 yards.