Tennessee has joined a growing number of states that are adjusting firearms laws and hunting regulations in order to allow... 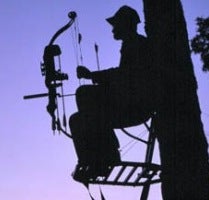 Tennessee has joined a growing number of states that are adjusting firearms laws and hunting regulations in order to allow hunters to carry handguns for personal protection while afield.

A measure passed easily by both houses of the Tennessee General Assembly and signed into law last week by Gov. Phil Bredesen allows those with valid concealed handgun permits to carry pistols for personal protection while bowhunting.

Bill sponsor Mike Turner (D-Nashville) said he drafted the measure after a constituent told him about being robbed while returning to his truck in a parking lot after archery deer hunting.

Lawmakers and wildlife agencies in many states are beginning to revisit and update laws and regulations relating to concealed and open carry by hunters, anglers and others who use vast tracts of public land for recreation. Some states have been slow to recognize the need for regulation change.

Things can get especially confusing, since allowing archers and other hunters to carry handguns for personal protection usually falls primarily under hunting regulations, rather than specific state firearms laws. Some states that allow hunters to carry handguns restrict the privilege to CCW permit holders, while others require open carry. Still others restrict handgun barrel length and ammunition type.

For years, many state game agencies were reluctant to allow bowhunters to carry handguns, fearing the small arms would be used illegally during bow-only seasons. In many cases, however, it’s an unfortunate sign of the times that hunters need to arm themselves for any number of reasons. Whether it’s protection from clandestine methamphetamine lab operatives in rural Appalachia or from grizzly bears in the northern Rocky Mountain backcountry, the need for personal protection in remote areas is real and unquestionable.

Do you know your state’s regulations for carrying while hunting? How about other states where you regularly hunt? They’re not always easy to find (buried deep in the hunt regulations booklet), but it always pays to know the law.