Last Christmas Robert Planthaber bought his fiance, Meghan Brown, the most important gift he will probably ever get her: a... 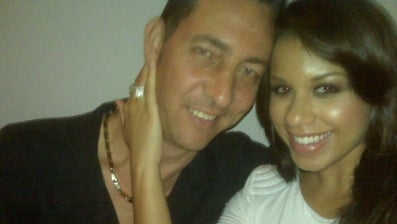 Last Christmas Robert Planthaber bought his fiance, Meghan Brown, the most important gift he will probably ever get her: a pink .38.

Brown, a 25-year-old former beauty queen, used the gun to defend herself and her fiance from an attacker on March 12, according to Fox News. At 3 a.m. Frank Hill, a 42-year-old ex-con, allegedly broke into the couple’s home outside of Tierra Verde, Fla. and grabbed the 110-pound Brown by the mouth and nose.

Hill was draggin Brown upstairs when Planthaber, her fiance, heard the commotion and attacked. During the scuffle, Brown was able to escape and grab her gun. She then shot Hill, who was now beating her husband.

Brown shot Hill several times, hitting him in the chest, goring, thigh and back, according to Fox. He was pronounced dead at the scene by authorities.

Hill had a criminal record that included burglary, battery, drug possession and grand theft. He was also served a 13-year prison term in 1987, according to Fox.

Authorities are investigating the crime, but they believe Hill was planning on burglarizing the couple’s 2,732-square-foot home.

Panthaber said he took Brown to the range a few times to practice after he got her the gun … it seems that the practice paid off.