A semi-automatic revolver? Okay, I promise I am not committing an egregious terminology faux pas. In 1895, there really was... 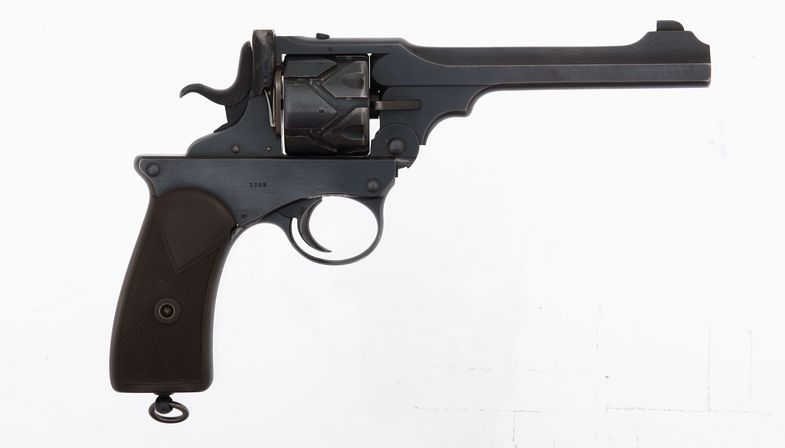 In the 1880s, semi-automatic technology was in its infancy. In 1885, Ferdinand Ritter von Mannlicher created the first successful semi-automatic rifle. 1893, the Borschardt C-93 semi-automatic pistol came into existence. And countless other variations on the semi-auto design surfaced.

In 1895, Lieutenant Colonel George Vincent Fosbery designed his variation on this budding technology. In essence, the gun is cocked by moving the action-cylinder-barrel assembly back with one hand or through recoil, much like a slide on a standard semi-auto. Once in place, a pivoting lever cocks the hammer and a stud follows the zig-zag grooves, revolving the next chamber half way to the firing position. When the assembly moves forward the stud completes the revolution.

The Webley-Fosbery revolver was produced in from 1901 to 1915 by the English manufacturer Webley & Scott Revolver and Arms Co. It’s quirky to see two seemingly contradictory forms of pistol technology merged into one idea. Even if the concept only lasted a few years.