Why This Man Will Never Hunt Again

A once-prominent big game hunter and guide whose name and image appeared regularly in national hunting publications and advertisements for... 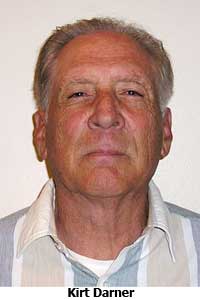 A once-prominent big game hunter and guide whose name and image appeared regularly in national hunting publications and advertisements for hunting rifles will never again hunt, fish or be allowed to own a firearm.

Once one of the country’s best-known hunting celebrities, the now-disgraced Kirt Darner, 69, was sentenced on Monday, Jan. 12, in Cibola County, New Mexico District Court to 4,500 hours of community service, fined $10,000 and ordered to pay an unspecified amount of restitution to the New Mexico and Colorado game agencies and a Colorado taxidermy business.

Darner, who pleaded guilty in June 2008 to charges of illegally transporting wild elk to his New Mexico ranch and receiving stolen bighorn sheep heads, faced a maximum penalty of four years in jail. As part of his plea agreement, he is prohibited from hunting, fishing or possessing firearms for life.

Darner was indicted by a grand jury in 2006 on 41 felony and misdemeanor counts, including receiving stolen property, transportation of stolen livestock and tampering with evidence. He was originally charged with illegally moving four state-owned elk from his Lobo Canyon Ranch in Grants, N.M., to another ranch and game park in southeastern New Mexico in 2002. In addition, a search warrant served in 2005 on the Darner property in New Mexico uncovered a desert bighorn sheep head and a Rocky Mountain bighorn sheep head that had been stolen from a Montrose, Colo. Taxidermy shop in 2000.

Previously, in Colorado, Darner was convicted of illegal possession of wildlife in 1994. In 1999 he was convicted of second degree tampering with evidence and careless driving in an incident in which he was serving as an outfitter. At that time, Colorado Division of Wildlife officers observed Darner’s client shoot at an elk decoy in a game management unit for which the client didn’t have a license.

Darner gained prominence as a hunter and guide with an affinity for massive mule deer bucks in the 1970s and 80s. When photographic evidence revealed a mule deer Darner claimed to have shot was actually taken by another Colorado hunter 40 years earlier, his entries in the Boone and Crockett Club record book were subsequently expunged.

Though Cibola County Deputy District Attorney Randolph Collins was unsuccessful in his effort to see Darner’s latest sentence include prison time, his argument to the court ironically included an excerpt from Darner’s 1983 book, How to Find Giant Bucks.

“Penalties for game violations are not stiff enough,” Darner’s book stated. “There should be minimum fine and mandatory jail sentences for some crimes, such as shooting a deer out of season. Second offenders should get very stiff, mandatory penalties. If a potential violator knew he’d get a $1,000 fine and a minimum of 30 days in jail for shooting a buck out of season, he’d find more strength to resist the temptation.”

The Deputy DA’s memorandum to the court accurately summed up how a lot of sportsmen feel about the once-iconic figure of the big game hunting community.

“The book title (How to Find Giant Bucks), now given his conduct in our county and his quest to put his profit above all else, has double meaning–how to find giant bucks is really, for him, how to make a lot of money by violating the law.”