After a tip from state police, DNR officers confiscated nine deer from a rural Michigan barn 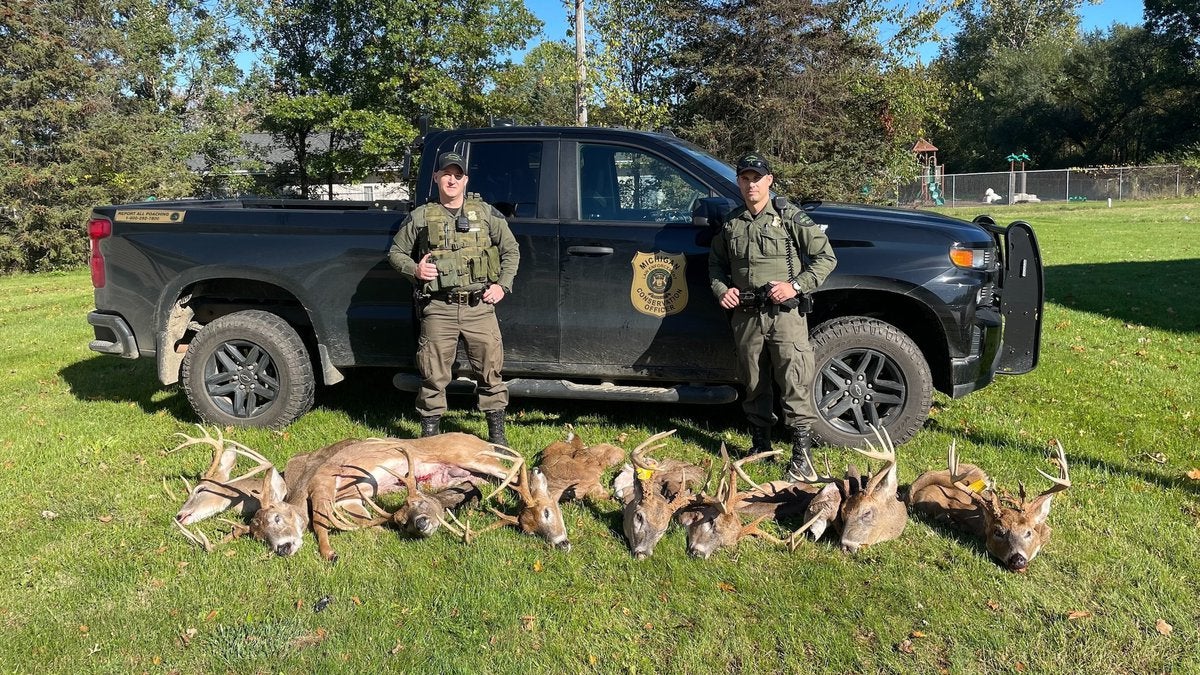 Michigan’s DNR reports that Justin Ernst, 33, of Decatur, Michigan, faces up to $59,500 in reimbursement to the state if convicted of the more than a dozen violations he was charged with stemming from an investigation of deer poaching.

Ernst was arraigned Nov. 9, in 7th District Court resulting from a tip from Michigan police, according to a DNR report.

Michigan police were probing a domestic violence complaint involving Ernst on Oct. 17, when several dead deer were seen in a barn that Ernst frequents, according to the DNR. Police contacted DNR, who sent officers to the scene to investigate.

Two days later, Page learned that Ernst had been arrested on Oct. 18, and was being held at the Van Buren County jail on a domestic violence charge. Page also learned there was a ninth buck now in the barn.

The DNR report states that Page returned to the Decatur barn and discovered another recently shot nine-point. While searching the barn, Page interviewed two people. One said they saw Ernst with a dead deer in the back of his vehicle earlier that month. The second person had discovered the nine-point buck that morning.

Conservation officers interviewed Ernst at the Van Buren County jail, but he denied any knowledge of the poached bucks.

Ernst is free on bond and scheduled to reappear in court Dec. 20, according to the DNR.

Read Next: In Ohio, a Game Processor Poached 30 Whitetails and Stole 700 Pounds of Venison

“It’s a shame that this criminal ruined the chance for ethical, legal hunters to have their opportunity to take one of these trophy deer,” said Lt. Gerald Thayer, of the Michigan DNR Law Enforcement Division. “Not only did this felon steal from the natural resource, he also damaged agriculture crops, and has been doing so for some time. The financial penalty is the minimum he should serve.”