U.S. Representative Don Young (R-Alaska) left no doubt where he stands when it comes to anti-hunting organizations, when he refused... 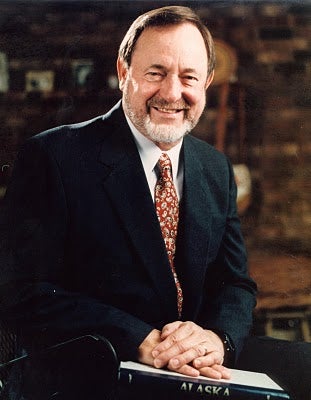 U.S. Representative Don Young (R-Alaska) left no doubt where he stands when it comes to anti-hunting organizations, when he refused to accept an award from the Humane Society of the United States, calling the national group hypocritical.

Rep. Young, who chairs the powerful House Resources Committee, speculated that HSUS was planning to give him an award for his support of the Wildlife Without Borders program, which develops wildlife management and conservation efforts to maintain global species diversity. But as a longtime hunter and champion of hunter’s rights, he also knew about the organization’s long history of legislative meddling on Capitol Hill and its support of anti-hunting issues and initiatives.

This month, the HSUS fought unsuccessfully to block the passage of a bill in Iowa that gives the state game commission the authority to establish a mourning dove hunting season. Signed by Gov. Terry Branstad last week, the measure opens the door for the first dove hunt in Iowa since 1918.

“Local animal shelters and humane societies do excellent work by caring for neglected and homeless animals, and through their spaying and neutering programs,” Young said in a press release issued March 30. “(HSUS), however, has absolutely nothing to do with animal welfare. Instead they prey on the emotions of big-hearted Americans.

“They run anti-hunting and anti-trapping campaigns and are of the same cloth as PETA and other extremist organizations. I can only guess that I was to receive this award due to my support of the Wildlife Without Borders program, which develops wildlife management and conservation efforts to maintain global species diversity. That program is true conservation; what this group wants is preservation. To accept this award would be supporting their manipulative ways and misguided agenda, and I want no part of that.”