From the Archives: The History of the Outdoor Life Conservation Pledge

In the 1940s, the Outdoor Life editors created a contest to develop a 30-word conservation pledge, which was adopted across the country 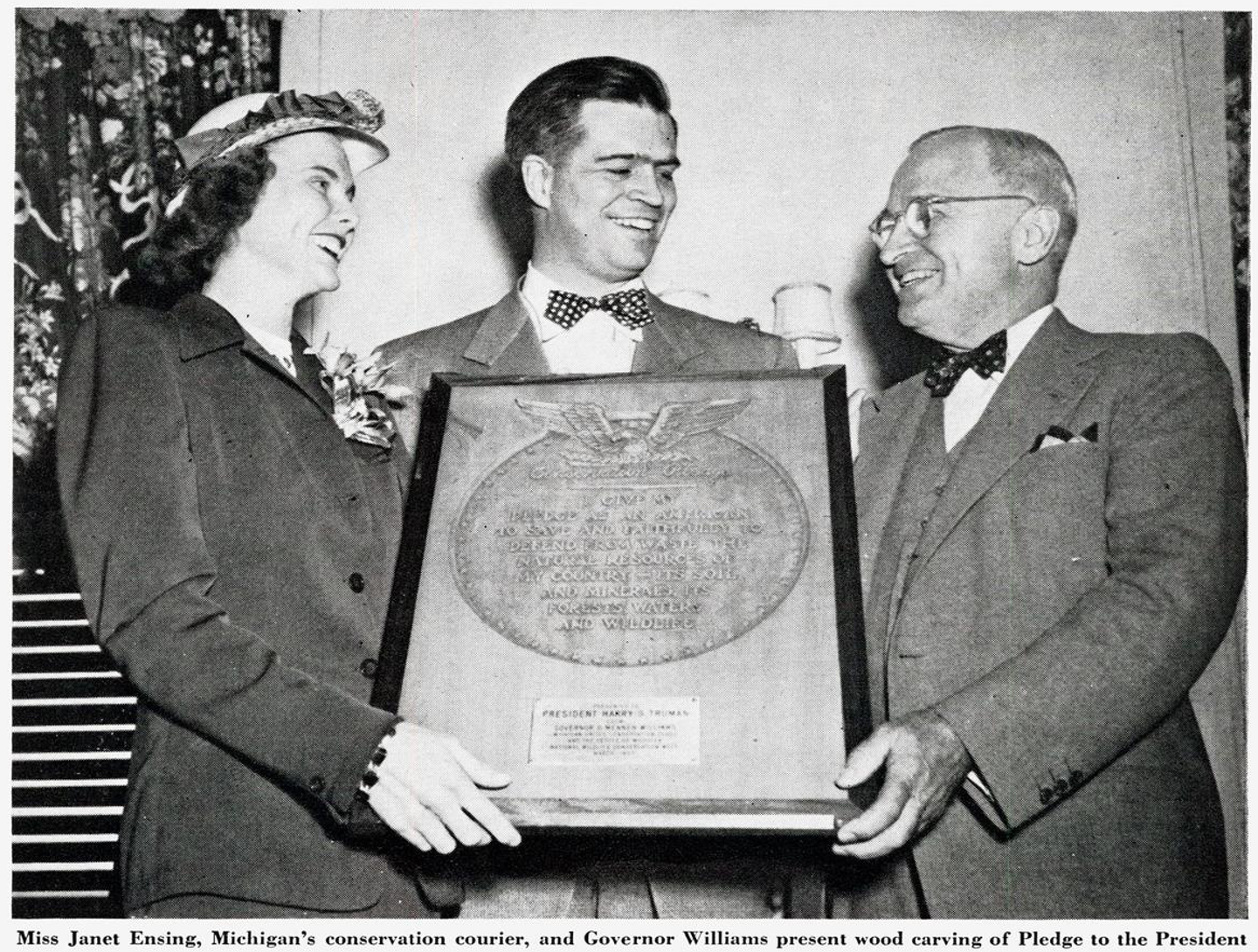 Many of our long-time readers are familiar with the Outdoor Life Conservation Pledge, while our newer audience will wonder what all the fuss was about. Outdoor Life first announced a competition to create the pledge 75 years ago, in our February 1946 issue. After World War II, the national focus returned to domestic issues—including the state of our country’s national resources.

Outdoor Life‘s editors wrote: It’s time to face the truth. Our natural wealth—our soil, our forests, our waters, our minerals, our wildlife—is not inexhaustible. It’s shrinking fast! Right now in some respects we’re dangerously close to the bottom of the barrel. Leading conservationists warn that unless drastic measures are taken quickly, America will soon become a nation in need! To stir up the American people to meet this crisis, Outdoor Life makes this action-compelling offer.

That “offer” was a total of $5,000 in cash awards to the readers who composed the best 30-word pledge that would encourage everyone—not just sportsmen and women—to safeguard the nation’s natural resources. (Accounting for inflation, that’s the equivalent prize money of $70,335 in 2021.) The deadline for those entries was July 31, 1946. Despite the urgency, it took us half a year to sort through the thousands of submissions. The OL editors even had to publish notes periodically to reassure readers that we were, in fact, going to deliver on our promise of a pledge and prize money.

Apart from the publicity surrounding a contest that would doubtless be considered corny by many today, the effort was a genuine one. Outdoor Life has always been at the forefront of conservation nationally and among sportsmen. We supported the introduction of the duck stamp (proposed by our sister publication Field & Stream), the lowering of waterfowl bag limits, and the taking of does for better herd management. The 1940s and 50s were well before the modern environmental movement, hunters, anglers, and other outdoor recreators all rallied to a cause that was ahead of its time.

We finally selected the winning entry and printed it on the cover of the January 1947 issue and a dozen prize winners inside its pages. The official pledge reads: “I give my pledge as an American to save and faithfully to defend from waste the natural resources of my country—its soil and minerals, its forests, waters, and wildlife.”

The impact of that winning conservation pledge continued to ripple across the country in the years to come, inspiring the U.S. Forest Service and many states to officially recognize and adopt OL’s pledge. One of our winners, Janet Skillman, née Ensing of Michigan, presented a wooden plaque bearing the winning pledge to President Harry Truman. (Truman took the pledge, and so did former vice president Al Gore.) Over the years, we published updates about the people and conservation efforts it inspired. The U.S. Forest Service distributed thousands of copies of the pledge to teachers and students to help with forest management curriculum.

The pledge has become the battle cry in the fight to solve our most critical domestic problem—the conserving of our national resources. For years farsighted experts have warned of the disastrous waste of these God-given heritages. We have permitted wildlife to grow scarcer, pollution to kill our fish, waste to deplete our minerals, erosion to eat away our soil, and millions of feet of lumber to go up in smoke each year. Now, however, inspired by the Pledge, the nation has awakened to the truth and has been galvanized into action. School children, sportsmen’s clubs, and patriotic organizations recite the Pledge regularly. And educators and civic leader shave wholeheartedly dedicated themselves to the full achievement of its aims.

The pledge was updated in 1993 to read, “I pledge to protect and conserve the natural resources of America. I promise to educate future generations so they may become caretakers of our water, air, land and wildlife.”