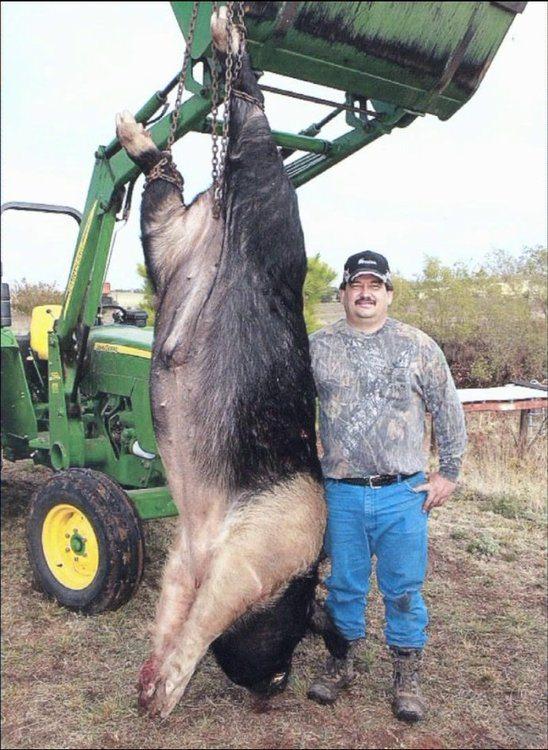 Winston Brown of Rush Springs, Oklahoma faced mortality in the face of a nearly 800 pound wild hog Monday morning. Brown told KFOR-TV he knew there was a large hog in the area because of some recently discovered tracks, but that he had never seen the animal in the flesh.

That changed Monday when dawn broke. Brown was sitting in his tree stand when he saw what he initially believed to be a cow come into view. “It came up and the deer ran off.”

Once Brown realized that it was a hog he shouldered his crossbow and fired. “The first arrow struck the shoulder plate,” Brown explained. “He kind of grunted real loud and started popping his teeth. He turned and faced me. I think if I had been on the ground and he could have seen me, it would have probably been ugly.”

It almost did get ugly when the monster porker rose from the dead when Brown made it to the ground. “When he came around that tree I shot him through both lungs, and I was headed for a tree when he went by, and he expired just on the other side of those trees,” he said. “It was just me and him then.”

Brown and wildlife officials believe that the 760 pound hog was probably domesticated at some time but had gone feral.

So what do you do with an animal that big? “I’m going to have him mounted and put him on the wall,” Brown promised.