The Georgia home of Kyle Myers, better known as Dmitri Potapoff on his FPSRussia You Tube channel, was raided Tuesday... 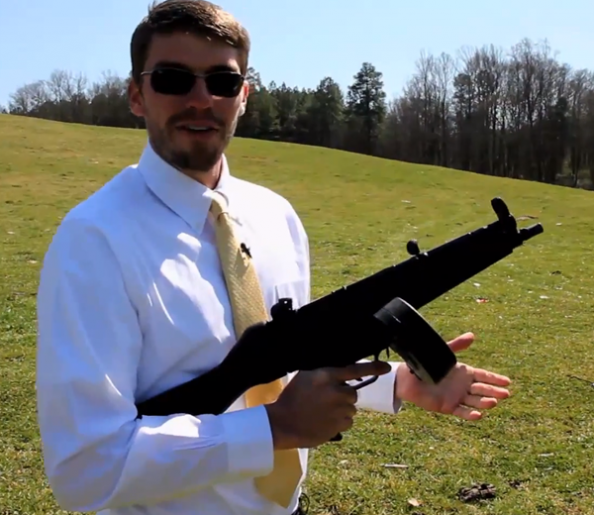 The Georgia home of Kyle Myers, better known as Dmitri Potapoff on his FPSRussia You Tube channel, was raided Tuesday March 26 by 40 law enforcement officers from the ATF, Georgia Bureau of Investigation, and local law enforcement. Kyle’s father’s home was also raided.

ATF spokesman Richard Coes said his agency was interested in the explosives Kyle uses in his videos.

“The claim is that [Myers] was using explosives and getting paid for it via YouTube,” Coes said. The Inquisitr is reporting that the ATF was looking for Tannerite which cannot be used for business purposes (Kyle receives money from You Tube channel) without a federal license. Kitty Walden, a producer of FPS Russia, told Guns.com that Kyle always follows the law in his videos.

“If it ever came to doing something outside of our legal boundaries, we would then work with someone who was legally authorized to do it in an approved location,” said Wandel. “We can only hope this helps [the ATF] understand how we make our money, so it doesn’t hurt another YouTuber.”

The ATF did not report if the raid was related to the January killing of Kyle’s business partner Keith Richard Ratliff. The 32-year-old was found dead with a single gunshot wound to the head in his business outside Carnesville, Georgia on January 3. It is also unknown if authorities took anything from Kyle’s property.

Kyle’s FPSRussia channel is reportedly the tenth-highest ranked on YouTube based on number of subscribers.