In 1949, William “Bill” Ruger and Alexander Sturm, armed with just $50,000 in capital, opened a small manufacturing facility in... 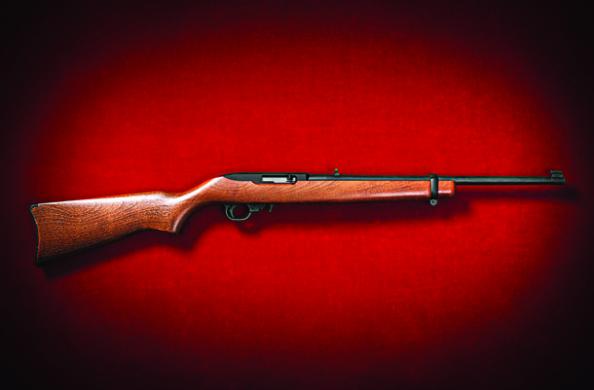 In 1949, William “Bill” Ruger and Alexander Sturm, armed with just $50,000 in capital, opened a small manufacturing facility in Southport, Conn. Their only product was a graceful and innovative .22LR semi-auto pistol–the Ruger Standard Pistol.

Today, Sturm, Ruger & Co. ,Inc., has grown considerably. A publicly held corporation (NYSE: RGR), Ruger now operates a 300,000-square-foot manufacturing facility with about 1,000 employees in Newport, N.H., and a smaller facility in Prescott, Ariz., that employs about 650 people. With more than $500 million in annual sales, the company has become a major factor in the firearms industry, and in 2010 Forbes magazine named it one of “America’s 100 Best Small Companies.”

That acknowledgment is appropriate because not only has Ruger always been an American company, but its products are American-made. For Ruger CEO Mike Fifer, that is a positive factor. “I believe there is an advantage to making your products in America,” says Fifer, who began his career as a U.S. Naval officer serving on nuclear submarines before spending 25 years in the business world. “One of the keys is in the innovation and speed to market you can achieve. That can create a tremendous consumer demand for exciting new products that people want.”

A Well-Oiled Machine
That philosophy was certainly borne out with Ruger’s recent introduction of the polymer-framed LCP ­semi-auto and LCR revolver, which quickly became industry trend-setters.

“Our manufacturing methods follow the Toyota ‘lean manufacturing’ system,” Fifer notes. “It’s the elimination of waste throughout the system and the use of modern manufacturing techniques, with all of our employees participating and given a full voice in the process. When you turn the American worker loose, good things happen.

“We are in the same square footage that we were when I started here six years ago,” he says, “but our sales are up roughly four times what they were, and our earnings are probably up about 50 times what they were. We are doing that with the same facilities, and an employee base that has grown from 1,300 to just under 1,700. Those employees are now making increased salaries, and it’s been a win-win for our company, our customers, our employees, and our shareholders.”

It’s not a bad deal for the communities of Newport and Prescott, either. In addition to the property taxes and fees Ruger pays for the facility sites, consider the number of employees, their property taxes, and their support of local businesses, and you can see why Ruger is so important to the two towns.

“It’s my opinion,” Fifer states, “that for every manufacturing job created in this country, you also create seven or eight service jobs. Manufacturing is the root foundation of a good economy. It’s not much different from the foundation of a building. And if our country doesn’t have that, we are in trouble.”