In a move that’s sure to enrage PETA, the Audubon Society, and a host of other groups that often oppose... 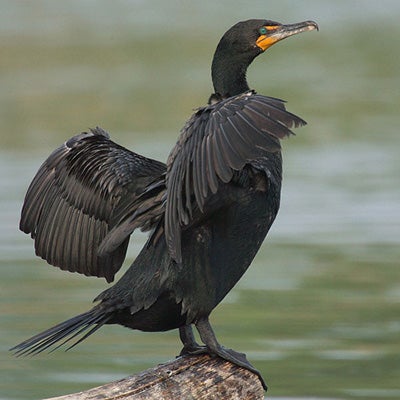 In a move that’s sure to enrage PETA, the Audubon Society, and a host of other groups that often oppose conservation efforts, federal officials proposed killing almost 3,000 cormorants that reside on or near East Sand Island at the mouth of the Columbia River in northwest Oregon.

The U.S. Army Corps of Engineers revealed the plan Thursday, according to the Statesmen Journal. Although most folks typically recognize USACE for its involvement in public infastructure, the organization also works on environmental causes including habitat restoration and protecting endangered species. The plan cites an overabundance of birds and their insatiable appetite for steelhead and juvenile salmon (an endangered species).

The island’s double-crested cormorant population has increased from 100 breeding pairs in 1989 to about 15,000 breeding pairs today. This makes it the largest colony of cormorants in western North America and one that consumes about 11 million salmon and steelhead per year.

Officials have tried non-lethal control methods such as human presence and hazing with lights since 1997, but to no avail. Last Thursday the Corps recommended reducing the colony to 5,600 breeding pairs. This will be done by removing eggs and destroying thousands of birds. The Corps also plans to modify the topography of East Sand Island to inundate some nesting areas.

The public comment period for this controversial plan will extend through August 4.