“Don’t you shoot turkeys in the air like the other birds you hunt?” a non-hunter in my circle asked the... 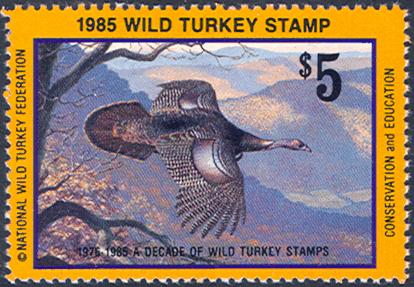 “Don’t you shoot turkeys in the air like the other birds you hunt?” a non-hunter in my circle asked the other day. If you read enough of about turkey history and you’ll see that it used to be considered sporting to shoot wild turkeys on the wing. That’s changed. In modern times, you mostly try to avoid such a challenge. That can happen when you whiff on a standing turkey in range (or not).

OK, you’ve missed. In truth, most likely not missed, but hit the turkey, and not killed it. Now it’s time to close the deal–for sure.

Chances are you’re sitting at the base of a tree if you’ve called a fall turkey or spring gobbler into range. As it flushes, maneuver your body for stability the best you can to make that shot. Stand up if the crippled bird is laboring off then drop it.

If you are standing, shoot the flushing turkey as you might other upland species, but avoid body shots which risk crippling the bird (and ruining delicious breast meat). Again, aim for the head and neck as usual.
Right-handed wingshooters often hold their left index finger along the shotgun’s forend to point at the target as they shoulder the firearm. (Southpaws reverse this.) Practice this when shooting sporting clays or other flying upland birds, and you’ll be ready if the moment presents itself while turkey hunting.

When a spring gobbler or fall turkey flushes, you’ve got just seconds to deliver the payload. Shoulder the shotgun smoothly but swiftly, stock to cheek. Keep your head down. Track that big bird, find the neck and head in your sight picture–better yet, its wild black eye–and hit the intended target with a steady action. Focus. Make the shot. Go get your bird. Now it’s time to celebrate.

One hunter to another now: Have you Strut Zoners ever shot a flying turkey?