As many of you Strut Zoners know, one of the classic tried-and-true methods of locating a springtime male turkey on... 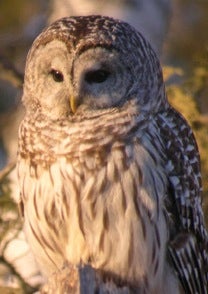 As many of you Strut Zoners know, one of the classic tried-and-true methods of locating a springtime male turkey on the roost is by owl hooting.

It’s done before fly-down time to allow you to locate and set up on a bird. It’s done after fly-up time, when gobblers are settled on tree limbs, and to hatch a plan for the morning. I’ve done it before dawn, at dawn, at dusk, and after dusk . . . even an hour or so after dark with some success. I’ve done it and called in owls. I’ve done it and heard silence.

It’s has definitely helped me kill some gobblers.

Owling, a natural sound where barred owls thrive around the country, and over much of the area where the Eastern subspecies lives, is made with the typical, “who-cooks-for-you, who-cooks-for-you-all” vocalization.

Try to match all those syllables though at times, and you may not hear the gobbler sound off, especially if the bird is at a distance. Your calling will hurt your listening ability (unless you have a buddy stand a little ways off, and listen).

What you’re after is the so-called “shock gobble” of course. Spring gobblers will often sound off to loud noises, natural or otherwise, and reveal their locations to us hunters. Sometimes simply making a few syllables of the barred owl’s vocalized call will work, and allow you to listen more effectively for the tom popping off.

Do you guys owl hoot to locate gobblers, or use one of the many other options such a crow calling, coyote howling, and even goose honking? Or would you rather just listen for turkey talk, and hatch a hunting plan that way?

Check out this video of champion caller James Harrison demonstrating the options for owl hooting: