Outside of those intrepid few who chase the various slams every spring, I’ve never understood folks who travel great distances... 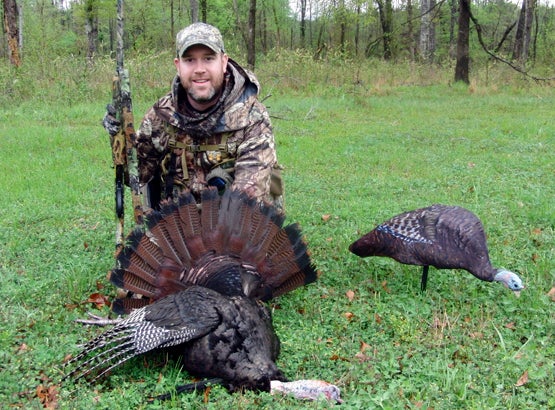 Outside of those intrepid few who chase the various slams every spring, I’ve never understood folks who travel great distances to hunt turkeys. After all, we’re talking about a species so prolific that they have adapted to 49 of the 50 states. To hunt a wild turkey for most Americans means driving to the nearest woodlot, setting out a decoy, scratching out a few clucks and purrs on a slate call and waiting for a longbeard to stroll by.

Alright, I might be oversimplifying things a bit. The truth is, I love hunting turkeys in spring, but I love hunting them most in the hills of Central New York where I grew up chasing them. My second favorite place is the piney woods of the Deep South. And if you’re one of those turkey nuts who hits the road every spring in search of the country’s best gobbler hunting, look no further than the Black Belt region of southern Alabama.

Walk into any diner or corner store from Demopolis to Union Springs from now until the end of April, and you’re sure to see lots of green-leaf camouflage and hear plenty of old-timers talk about the area’s storied turkey hunting tradition in a soothing, melodic drawl.

I happened to be in the region around this time last spring, and had the opportunity to spend a couple mornings matching wits with those Dixie birds, including the one you see in the photo here. The morning I shot him last April, a biblical spring storm was rolling through the area around the time we’d set our alarms to go off. When lightning touched down just outside my room at the Great Southern Outdoors Plantation at 4:30 a.m., the decision to roll over and keep sleeping came easy. We got up around 7:00 after the torrential rain had stopped, grabbed some coffee, and headed up the road to Shenandoah Plantation to see if we could strike a bird that might be out drying himself off and looking for some company.

Sure enough, this old boy and a buddy answered our prospecting yelps from across a green field, some 300 yards away. We got set up, continued our conversation with the lovelorn toms, and within 15 minutes both birds were within 30 yards. Doubling would’ve been a cinch, if my hunting partner had brought his gun, but he offered to do the calling that morning, and that was all right with me. And so concluded one of the most leisurely turkey hunts I’ve ever had.

If you decide to head to the Black Belt this spring, be sure to check out the web site of Alabama Black Belt Adventures before you go. It’s got every resource you need to plan your trip.