Bowhunting Turkeys: Where to Aim for a Clean Kill?

Until a few weeks ago, I’d never tried to kill a turkey with an arrow. While bows are permitted during... 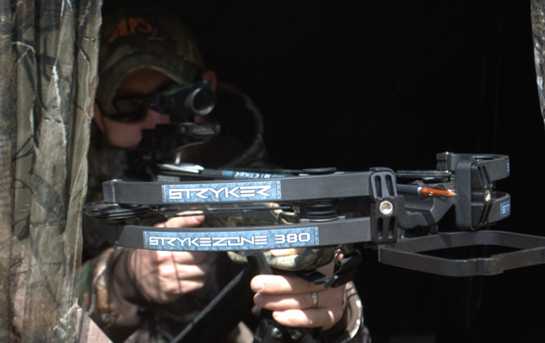 Until a few weeks ago, I’d never tried to kill a turkey with an arrow. While bows are permitted during the spring turkey season in my home state of New York, there is no dedicated archery season, so I’ve always just hunted them with a shotgun. When you fire one and a half ounces of number-five lead shot through a tightly constricted turkey choke at a bird’s head/neck area at close range, there is little chance of wounding it. The result will more than likely be either a miss or a very dead turkey.

And then I was invited to try and kill a couple turkeys with a crossbow in Nebraska the last week of March during that state’s archery turkey season. Needless to say, I was intrigued. After all, I do understand the appeal of the challenge of trying to kill a bird with an arrow, and if a state like Nebraska is going to provide an opportunity to hunt turkeys in March (another thing I’d never done) then why not take them up on it? (By the way, if New York tried to implement a three-week bow-only turkey season prior to the firearms season, I’m fairly certain there would be riots.)

After a week in camp where eight of us–all experienced turkey hunters, mind you–filled fewer than half of our 16 tags, I have to say I’m a bit soured on the whole idea. And it wasn’t for a lack of birds. Our outfitter, Doug Stults, had us on enormous flocks of Merriam’s and Rios–I hunted groups of as many 300 birds. When they flew off the roost to feed in large pastures, they resembled herds of miniature buffalo. During the hunt I shared a ground blind with Tad Brown, who designs calls and decoys for M.A.D. and Flambeau, and he said that in 40 years of hunting turkeys he’d never seen anything like it.

Thanks to Tad’s expert calling and decoying strategies, no fewer than a dozen mature gobblers came within shooting range over the course of three days, some as close as 10 feet from our blind. However, the two that I ended up putting my tags on did not die anywhere near the blind. Other hunters told stories back at camp about hitting birds solidly with arrows, watching them flop around violently before seeming to expire…only to then watch them get up and run or fly away as the hunter climbed out of the blind to claim his trophy.

I’m convinced these creatures simply weren’t built to be killed effectively with an arrow. Do thousands of turkeys meet their maker every year as a result of a broadhead through the boiler room? Absolutely. But in my opinion there is too much margin for error. A turkey’s vital organ area is incredibly small and well hidden behind dense layers of feathers. Also, what’s the best place to aim? I heard varying opinions on shot placement while in Nebraska. One school of thought said that the arrow should be aimed just above the hips. Another said to aim for the wing joint.

For now, I’m going to continue to center the bead at the end of my shotgun’s barrel at the base of turkeys’ necks, but I’d love the hear from the archers out there. What’s your strategy on shot placement? Do you attempt headshots with broadheads? If so, what’s your distance limit? Do you find archery equipment to be just as lethal as a shotgun? Have at it in the comments.