A block of wax may not seem very exciting. In fact, a dull white chunk of paraffin probably wouldn’t make... 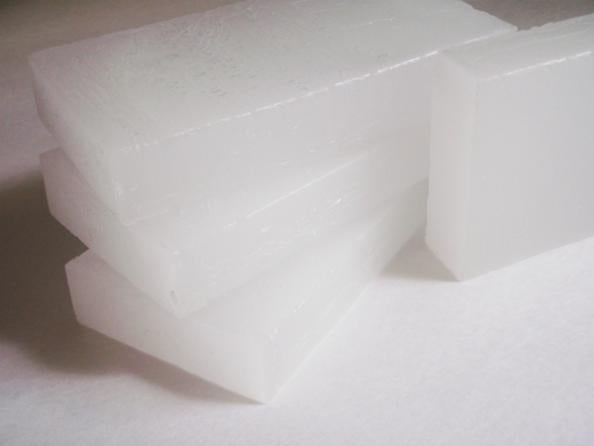 A block of wax may not seem very exciting. In fact, a dull white chunk of paraffin probably wouldn’t make it onto the gear list for most survivalists. But as it turns out, you can actually do a lot of important tasks with this common grocery store item.

Petroleum-based paraffin wax has been around for a little over 100 years, and its discovery may have kept some whale species from being hunted to extinction. Popular lamp oils and candle waxes in the late 1800’s were made from whale fat, which also served many other household and industrial purposes. Whale numbers dropped at that time, due to the high demand for their fat. When a much cheaper petroleum substitute was invented, the whales caught a much-needed reprieve. Today, paraffin is used in home food canning and candy making; but it also has plenty of survival uses.

1. Candles
To make your own candles, you’ll need some paraffin and plant fiber wick material. This wick could be made from cotton string, jute cordage, homemade plant fiber string, sisal rope, and even slender strips of cotton cloth. Just drill a slender hole in the block of wax and insert the wick. Light it with an open flame, and you are in business. Paraffin burns brighter than many other improvised candle fuels. For more old timey lighting info, you can check out one of my all-time favorite over-informative websites, the National Candle Association at http://candles.org//

2. Waterproofing
From waterproofing your own matches and tinder, to waterproofing bottles and containers, a quick dip in melted paraffin can give a variety of items an H20 repellent coat. For matches, heat some paraffin until it is just melted. Quickly plunge the match head into the wax, pull it out and blow on it to cool the wax so that it hardens. If the wax doesn’t cool fast, it will soak into the match head and ruin it. Test some matches when you are done, to make sure they are working. To strike the matches for testing or for necessity, scrape off the wax coat before trying to strike it. If you don’t, you’ll gum up the match box striker strip with wax thereby ruining it.

3. Lubricant
A little shaving of paraffin is all you need to lubricate the top block of a friction fire set, such as the bow and drill method. It also works great to lubricate everything from shears, scissors and a host of other tools and equipment.

4. Salve
Grate a little paraffin into a few ounces of hot olive oil to create a skin healing salve. To get the consistency right, dip a spoonful of the hot mixture out of the pot and let it cool. If it’s still too runny, add a little more paraffin. If the sample became too stiff, add a little more oil.

5. Rust Inhibitor
Knives, tools and other articles can be rubbed with paraffin to inhibit oxidation and rust, especially items that will be used in dirty, wet or salty environments. You could paraffin axes, splitting mauls and shovels for a better cutting action too.

Do you have a different use for paraffin? Tell us about it by leaving a comment.