How to Make a Blow Gun and Darts

Learn how to make a blow gun for your own survival 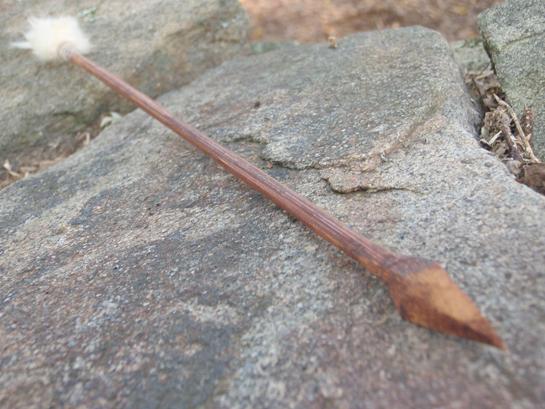 When we think of the origin of the blowgun and breath-propelled darts, we tend to think of the world’s jungles. That notion is generally correct, but not completely. Native Americans of the southeastern United States have crafted and hunted with blowguns for centuries. This simple precursor to firearms can be made with store-bought materials, or you can harvest your own supplies to build a blowgun from traditional materials. It’s a fun weapon to use for target practice, and it could be used for small-game hunting if no other weapon is available. Plus it’s cool to say you know how to make a blow gun.

The Blowgun
This tube or pipe can be any length between three and seven feet long. Traditional Amazonian blow guns are made from saplings that are split in half lengthwise with a channel carved down the length of each half. The two halves are rejoined and glued to create the initial tube, which is refined by a lengthy sanding process. Now, you may be asking yourself, “How can you sand the inside of a tube?” The globally favored method is with a long ramrod and actual loose sand. The ramrod is plunged in and out hundreds of times with a bit of sand added periodically. This technique smoothes and shapes the blow gun’s interior, and eventually results in the desired internal diameter (around half an inch).

River cane and bamboo also make great choices for the blow gun as they are mostly hollow. River cane is a large native grass that has been favored by southeastern blow gun makers for hundreds of years. For easy modern construction with these traditional materials, the solid nodes in bamboo or cane can be burned out with a long piece of steel rebar, its tip heated red hot. For a very modern take on the blow gun, you could always just start with something already hollow, like half-inch PVC pipe.

The Darts
The darts for your blowgun can be made from a variety of materials. When practicing dart construction at home, a quick option is a pack of bamboo skewers you would use to grill kabobs. Through history, darts have been carved from long, heavy hardwood splinters. Black locust wood is a traditional choice for small game hunting in the southeast due to its strength and heavy weight. Whatever type of dart shaft you choose, you’ll need a fletching to stabilize the dart’s flight, of course, but also to serve as a gasket and create a seal in the gun. Thistle down and rabbit fur are excellent choices. Using a floss-diameter thread, tie a knot around your dart about 2 inches from the end of the shaft. Begin spinning the dart and stuffing thistle down under the thread wrappings. There’s a lot of technique involved in this skill, so be patient. The other option is a long ribbon of fuzzy rabbit fur, spiraled around the end of the dart. This method is a lot more beginner-friendly.

Have you ever made a blowgun and/or darts? Do you shoot a modern blowgun? Let us know what you like about this skill in the comments.