5 Survival Uses of the Safety Pin

Safety pins have been around for quite a while. An American inventor named Walter Hunt was granted a U.S. patent... 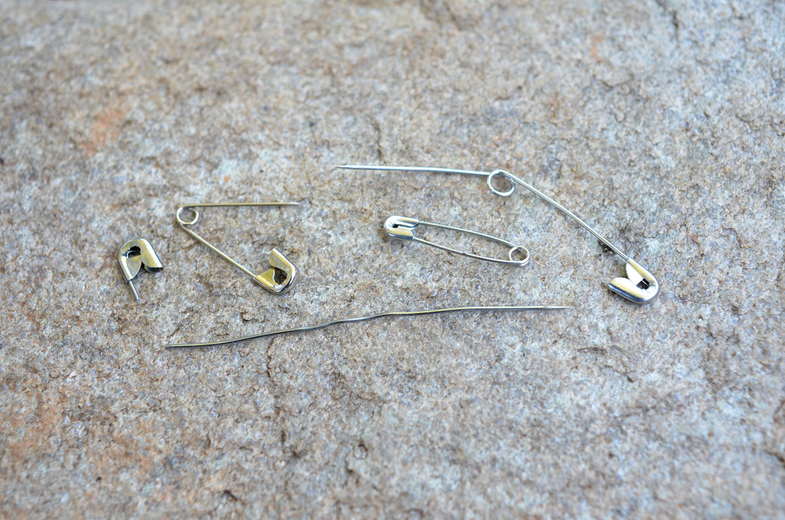 Safety pins have been around for quite a while. An American inventor named Walter Hunt was granted a U.S. patent in 1849 for his revolutionary safety pin, which was made from a single piece of wire. Mr. Hunt must have been sewing impaired (or he had a crush on a seamstress) because he also invented America’s first sewing machine.

Today, the safety pin is a basic tool that offers us a quick and effective way to mend ripped clothing, fasten triangle bandages, and repair gear in the field. But they can also serve some emergency uses that Mr. Hunt probably never imagined. These are just five of the ways you can use safety pins as an improvised survival tool.

1. Fish Hooks
With nothing but time on their hands, and the ocean’s bounty just out of reach, many nautical survivors have turned safety pins into fish hooks while adrift in rafts and lifeboats. You could leave the pin open and straight, or bend the pin into a gentle curve. The odd bit of flotsam could be your first bait, and once you hook your first fish, its guts can provide you with even better bait.

2. Medical Tools
From lancing boils to digging out splinters, safety pins make great additions to your medical gear. Just heat the pin point with a lighter to disinfect it and use it as soon as it cools. These pins are also great for securing bandages.

3. Awl
The largest safety pins can be bent into a straight position and used as a sewing awl. This application is very simple. Poke holes in the material you wish to stitch together and push the thread through the opening by hand. Awls are commonly used when working with stiff material like leather or canvas. Early frontiersmen have been documented straightening their fish hooks to use them as awls to repair moccasins and other gear. This modern incarnation is no different.

4. Trap Part
These small but sturdy bits of wire can be used for several different trap components. They can pin a piece of bait to a trigger stick so that the animal really has to tug on the trigger to get the food: no more bait stealing. These pins can also be used as a toggle for things like a Paiute deadfall. It’s all up to your imagination.

5. Thief Deterrent
Find yourself standing in crowded urban areas with a backpack or bag with zippers. It’s hard to stay alert and aware at times like these (i.e. standing in line, riding the subway, etc.). Help keep pickpockets and sneak thieves out of your gear by using a safety pin to clip the zippers shut. It’s not fool proof, but it should encourage them to move on to someone else’s bag, or at least buy you some time to notice the extra movement.

What have you accomplished with a safety pin and your ingenuity? Please tell us your uses by leaving a comment.