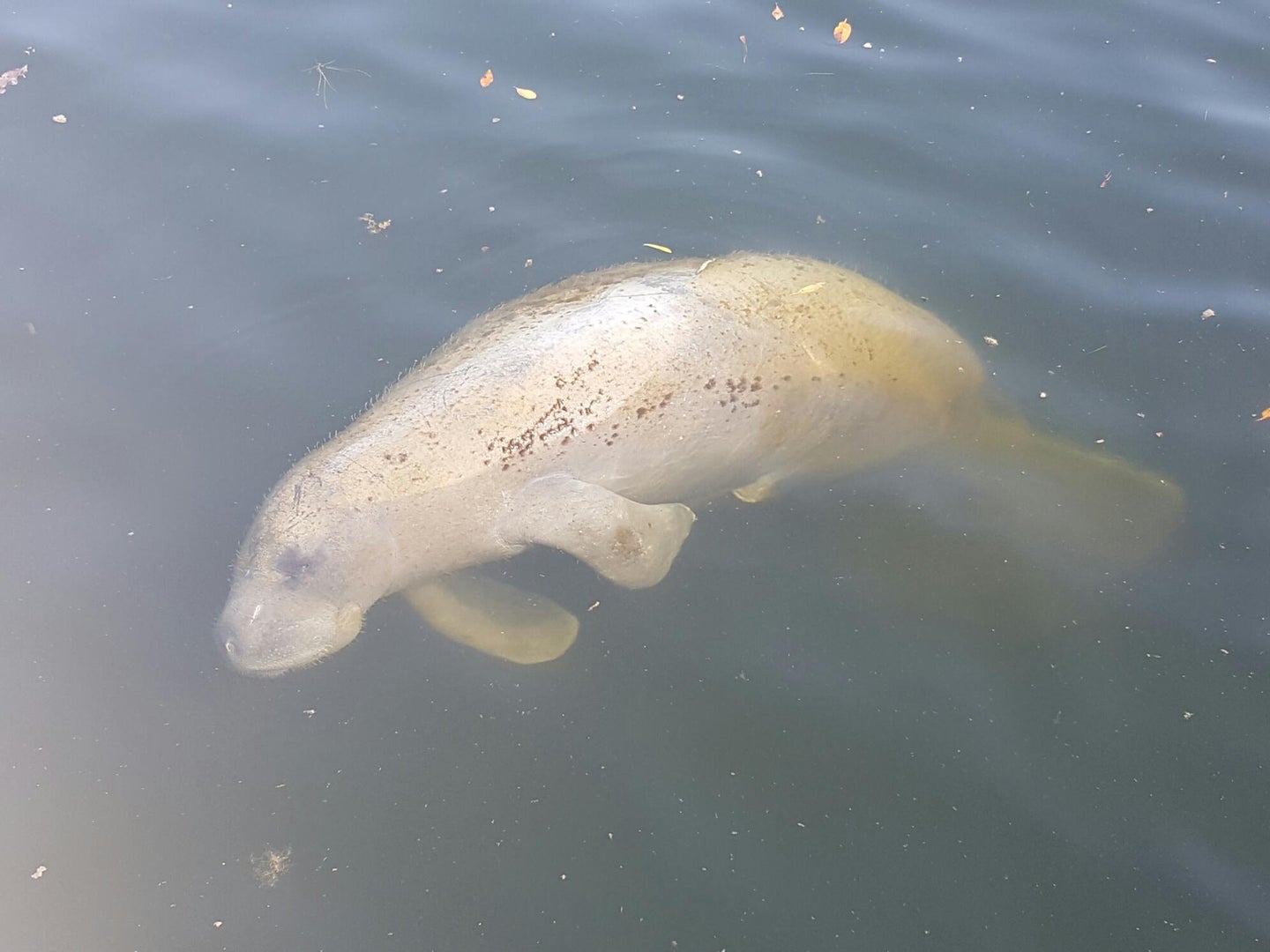 Manatees are dying at an unusual rate, and declining native grasses seem to be the cause. FWC Fish and Wildlife Research Institute
SHARE

More than 800 Florida manatees have died this year, twice the usual number. Many are starving due to lack of aquatic grass the mammals require for food. The U.S. Fish and Wildlife Service is alarmed by the deaths of manatees, which had and estimated population of 5,700 during a 2019 count.

According to the Wall Street Journal, the famed Indian River is where Florida manatee starvation has been especially high, with over half the deaths there. U.S. Rep. Vern Buchanan, a Republican, called for the Fish and Wildlife Service to upgrade the manatees to endangered from threatened. That would reverse the agency’s 2017 decision to downgrade the manatee to threatened, according to the Wall Street Journal.

The lack of grass also greatly impacts gamefish species. This has many anglers, guides and other Floridians deeply concerned, and it’s occurring in other state waters, such as the 300-mile long St. Johns River.

Water quality is the primary reason for grass die offs, according to Charles Jacoby, supervising environmental scientist for the St. Johns River Water Management District. Grass in the Indian River has diminished by 58 percent since 2009. Algae blooms from poor water quality are common in the river. Such blooms block sunlight that seagrasses need to grow.

The Indian River snakes along Florida’s east-coast for more than 150 miles, from Titusville to Stuart. The unique waterway is home to snook and tarpon to seatrout, redfish, and a multitude of other species, including rare birds, ospreys, eagles and many more.

Over the last decade many fishermen have voiced concern about dying grass, which is the lifeblood of Florida rivers. Grass supports virtually all water life, including crabs, shrimp, and baitfish such as mullet and others making up the food chain. As river grass disappears, so does fish habitat and aquatic life abundance.

Grass bed decline now has reached such a critical stage that manatees are dying of starvation. The large creatures commonly weigh 800 to 1,000 pounds, and eat roughly 10 percent of their body weight in grass daily. Without aquatic vegetation they lose weight, weaken, and die – just as anglers, guides and others have warned for many years about myriad other fish and bait species that require lush grass beds.

Many renown anglers have sounded alarms for years about grass beds dying in the Indian River and other waters, resulting in fewer and smaller snook, spotted seatrout, redfish, tarpon, and other important gamefish species that have drawn countless anglers to Florida.