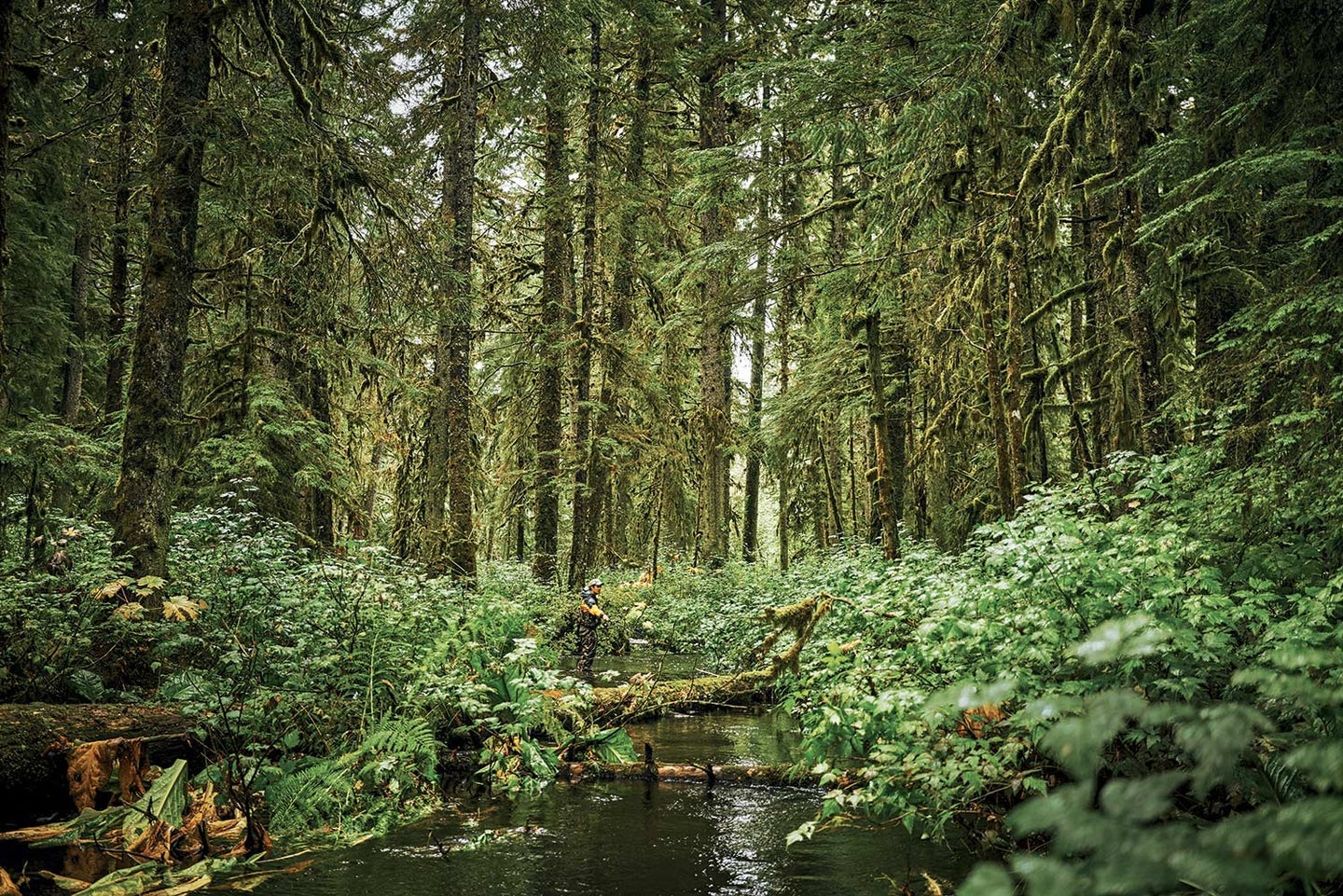 It’s unknown whether the Biden Administration intends to reimplement original Roadless protections or create a revised version of the rule. The Department of Agriculture, which oversees the U.S. Forest Service, will now publish a preliminary Roadless Rule in August, then take public comment. In a process that could take months or years, the department will work toward a final rule, according to the Anchorage Daily News.

At the center of the political back and forth is the controversial practice of old-growth logging. The Tongass is the world’s largest contiguous temperate rainforest spreading south from Glacier Bay, covering the Alexander Archipelago, and running down to British Columbia. Much of the area’s ancient Sitka spruce has been logged since the glory days of old-growth logging in the 1930s to 1950s. But there’s still plenty of untouched wilderness in the Tongass, and its home to 15,764 miles of salmon streams. The region accounts for 28% of Alaska’s annual commercial salmon catch.  Salmon need large coniferous trees to create shade, structure, and prevent runoff around their spawning streams.

Commercial fishing groups, salmon organizations, Trout Unlimited, and native tribes were all in favor of keeping Roadless protections. The Alaska state government, most notably governor Mike Dunleavy, have long been against the protections arguing they’re holding back economic development. Dunleavy commented on social media: “From tourism to timber, Alaska’s great Tongass National Forest holds much opportunity for Alaskans but the federal government wishes to see Alaskans suffer at the lack of jobs and prosperity.” He also said, “I will use every tool available to push back on the latest imposition.”

The decision to reinstate protections will undoubtedly lead to legal challenges and lawsuits.

What Does This Mean for Hunters and Anglers?

I’ve been to the Tongass twice and hunted and fished alongside a handful of folks there and I’ve interviewed dozens more. All of them were in favor of “Roadless Rule” protections. And public surveys show that most Alaska voters support protections as well. Everyone I’ve ever interviewed about the Tongass has also agreed that there is room and need for logging in the forest, and most support efforts to jumpstart second-growth logging operations where roads and infrastructure have already been developed. There’s a chance that a second-growth logging industry could be supported by skyrocketing lumber prices.

The old-growth forest, and the logging practices used to harvest it, are different from those familiar to Lower-48ers in the West or Midwest. Most of the logging here would be commercial clear-cutting—not selective cutting, which is usually helpful to wildlife. Also, the Tongass gets so much rain that wildfires are not a major concern. (Ketchikan, Alaska, receives about 140 inches of rain per year.) Beyond that, the old-growth Tongass timber is actually more diverse and better for wildlife than second-­growth forests. In the beginning, the new cuts make great browse for deer, but 15 years in, the young trees grow so closely together that they choke out sunlight and undergrowth. They essentially become wastelands for wildlife—and for the most part, there is no available budget for improving second-growth stands.

The Tongas is a unique place. Besides the incredible fishing opportunities for salmon, dolly varden, and trout, it’s home to blacktail deer, moose, wolves, black bears, brown bears (lots of brown bears), mountain goats, and countless other non-game species. There are expansive stretches of true wilderness that are accessible only by floatplane or boat, and all the local outdoorsmen and women I’ve talked to seem more than happy to keep it that way.