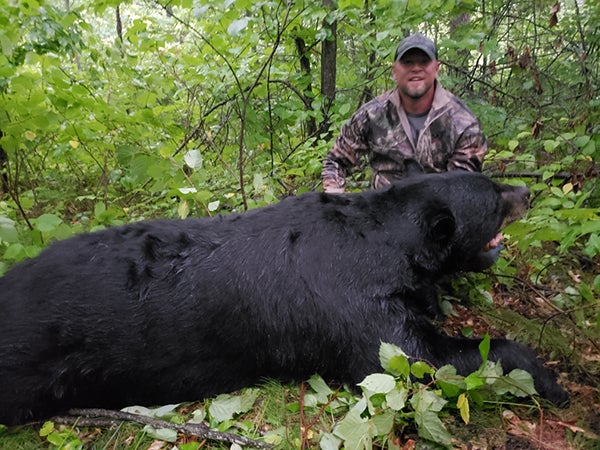 Brett Stimac was sentenced to 15 months in prison for illegally killing a black bear. U.S. Dept. of Justice
SHARE

Minnesota federal Judge Susan Nelson sentenced Brett James Stimac, 39, to 15 months in prison followed by a year of supervised released and a $9,500 fine for trespassing on the Red Lake reservation and killing a 700-pound black bear, according to CBS Minnesota.

Stimac used a bow to kill the bear near the reservation’s garbage dump on Sept. 1, but could not move the bear due to its size. He returned Sept. 2 with his girlfriend, posing for photos with the dead bear and posting them to social media, boasting the bear weighed over 700 pounds.

Stimac tried to remove the bear hide, but failed. Instead he sawed off the bear’s head and paws, took about 71 pounds of meat, and left the rest of the carcass, according to case files. Stimac took the bear’s head to a taxidermist in Ironton, Minnesota, to be mounted.

Read Next: Officials Suspect a Grizzly Bear Attack in the Death of Alberta Woman

Brian Toder, Stimac’s attorney, said Stimac originally lied about shooting the bear, alleging the bruin already was dead when he found it.