Australia Is Reintroducing Tasmanian Devils, Which May Help with Feral Cat Control 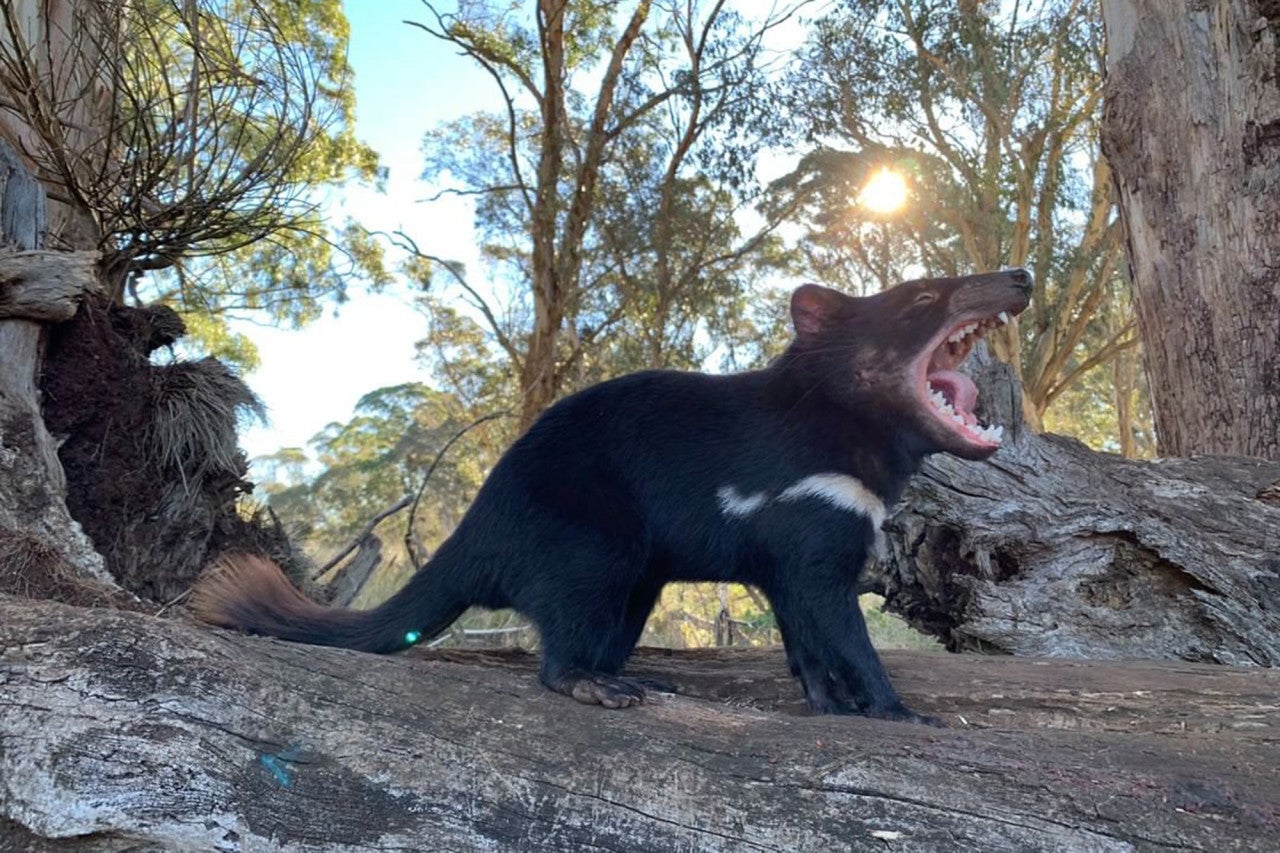 Tasmanian devils have been reintroduced in Australia. Aussie Ark
SHARE

Tasmanian devils are back. Or at least, that’s the hope of researchers who have been working for a decade to restore a native breeding population of the small but fierce Tasmanian Devil to mainland Australia.

Seven young joeys, or young marsupials, were found by researchers in the pouch of a female Tasmanian devil at the Barrington Wildlife Sanctuary in New South Wales, Australia.

During the last several years conservation group Aussie Ark has reintroduced 26 devils to the nearly 1,000-acre Barrington Sanctuary. After watching the animals carefully, Aussie Ark determined a female had young and celebrated the moment with photos of the joeys in a female’s pouch in an Instagram post.

The devils are named after the island state of Tasmania where there’s a small population of 25,000 animals. Devils are native to the mainland Australian continent, but were wiped out years ago when wild Asian dogs, called dingoes, were introduced.

Tasmanian devils are carnivorous predators, though feast mostly on carrion. While only averaging 25 pounds they have an oversize head, and sharp teeth with powerful jaws that can crush bone.

They hunt chiefly at night, and are noted for extremely aggressive behavior when dealing with predators, food and during mating.

According to National Geographic, Europeans dubbed the marsupials “devils” after witnessing displays of teeth-baring, lunging, and spine-chilling guttural growls. Such behavior inspired the cartoon Looney Tunes character Taz, the Tasmanian devil, as a snarling lunatic.

“We’ve been able to return the devil to [the] mainland, and [this] is another milestone,” said Aussie Ark’s president Tim Faulkner in an Instagram video. “Since the return of the devil in late 2020 … [they] have not only survived, but thrived—every single one of them.”

Another benefit of the reintroduction? Researchers hope Tasmanian devils may help thwart a booming population of feral cats on mainland Australia that has proved devastating to the nation’s small birds and mammals. One study showed 58 percent fewer cats in areas with healthy devil populations than in places where devils had declined. Devils have been documented preying on kittens, although researchers don’t yet fully understand how devils help reduce cat populations.