The lowly earthworm may be beloved by American fishermen, but non-native species are harming northern forests by preventing native species growth and releasing carbon 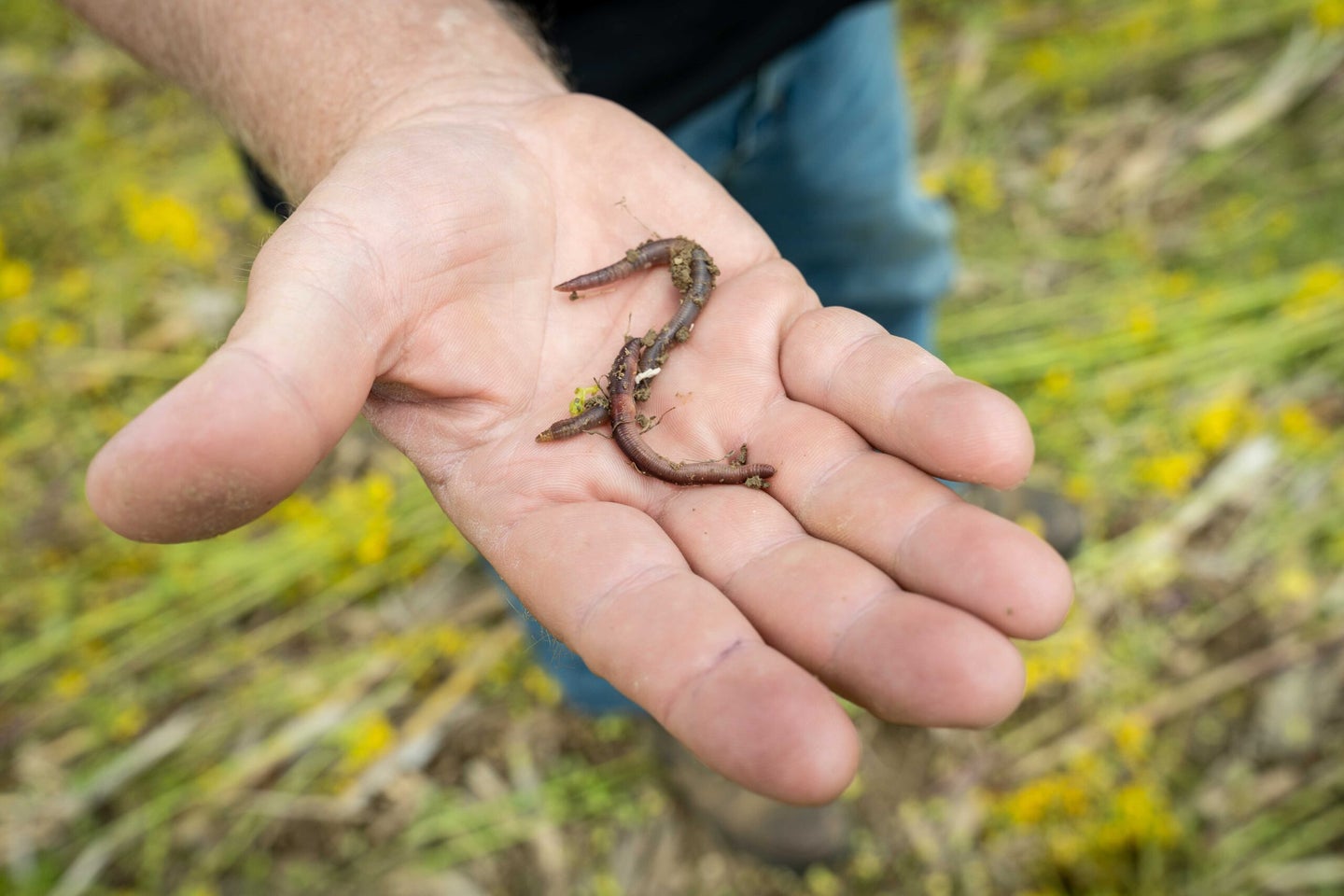 It’s difficult to imagine anything less offensive, or aggressive, than the common earthworm. But researchers are warning that North America’s northern forests are changing radically and rapidly, thanks to non-native earthworms. According to a report from the Canadian Broadcast Corporation, earthworms in Canada are quickly altering soils, transforming native vegetation, and even altering how forests store carbon.

Though it’s surprising news to many of us, most earthworms are not native to North America. During the last ice age, which ended roughly 10,000 years ago, a massive ice sheet covered what’s roughly the northern third of the continent. Scientists think that this most recent glaciation killed off the earthworms that may have inhabited the area. But when European colonizers arrived, they brought worms. Despite their multi-millennia absence, the reintroduced worms thrived in North American woodlands, kicking off a process that is now threatening northern boreal forests.

“By physically changing the soil environment, earthworms affect everything from decomposition of organic matter, to nutrient cycling, carbon storage…how water moves through [the soil],” McTavish told the CBC. “They just kind of affect everything across the board.”

Forests that have been earthworm-free for thousands of years instead rely on native invertebrates to slowly break down leaf layers. But earthworms break down that leaf layer much faster, to the detriment of many northern native woodlands. In other words, worms accelerate decomposition. That’s problematic for ecosystems that evolved with slow decay processes.

“When earthworms move in, you have a fundamentally different soil environment,” says McTavish. “So you can get changes in pH, in the [soil] texture and density, and nutrient enrichment. The problem is that the species that we have present in our forests are not used to those kinds of conditions.”

The boreal forest is a massive biome that stretches from the Yukon down to Minnesota’s north woods and across to Labrador, and it’s critical habitat for a range of wildlife, including waterfowl, moose, snowshoe hare, grouse, and ptarmigan. And that boreal forest is especially impacted by worms feeding on the layers of moss, leaves, and wood atop the soil. This spongy soil layer traps and stores carbon. But invasive worms that devour this leaf litter are now releasing more carbon into the atmosphere, and preventing additional carbon storage by depleting the leaf layer.

Read Next: In the Future: We’ll Cull Feral Critters or Lose Our Native Ones

Researchers estimate that only around 10 percent of the boreal forest currently has earthworms, but by 2050, most of the boreal forest will have earthworms. Consequently, boreal forests could emit significantly more carbon—in the form of carbon dioxide into the Earth’s atmosphere‚than they’re absorbing. On their own, non-native earthworms can only disperse about a half mile over a hundred years. But invasive earthworms are often spread by anglers, boats, roads, gardeners, and tire treads. There’s no good way to eradicate earthworms from native soils. Instead, the best way to prevent earthworms from causing further damage is to keep from introducing them. Dispose of unwanted bait in the trash, and follow other angling recommendations, including steering clear of jumping worms.