In the Future: We’ll Cull Feral Critters or Lose Our Native Ones 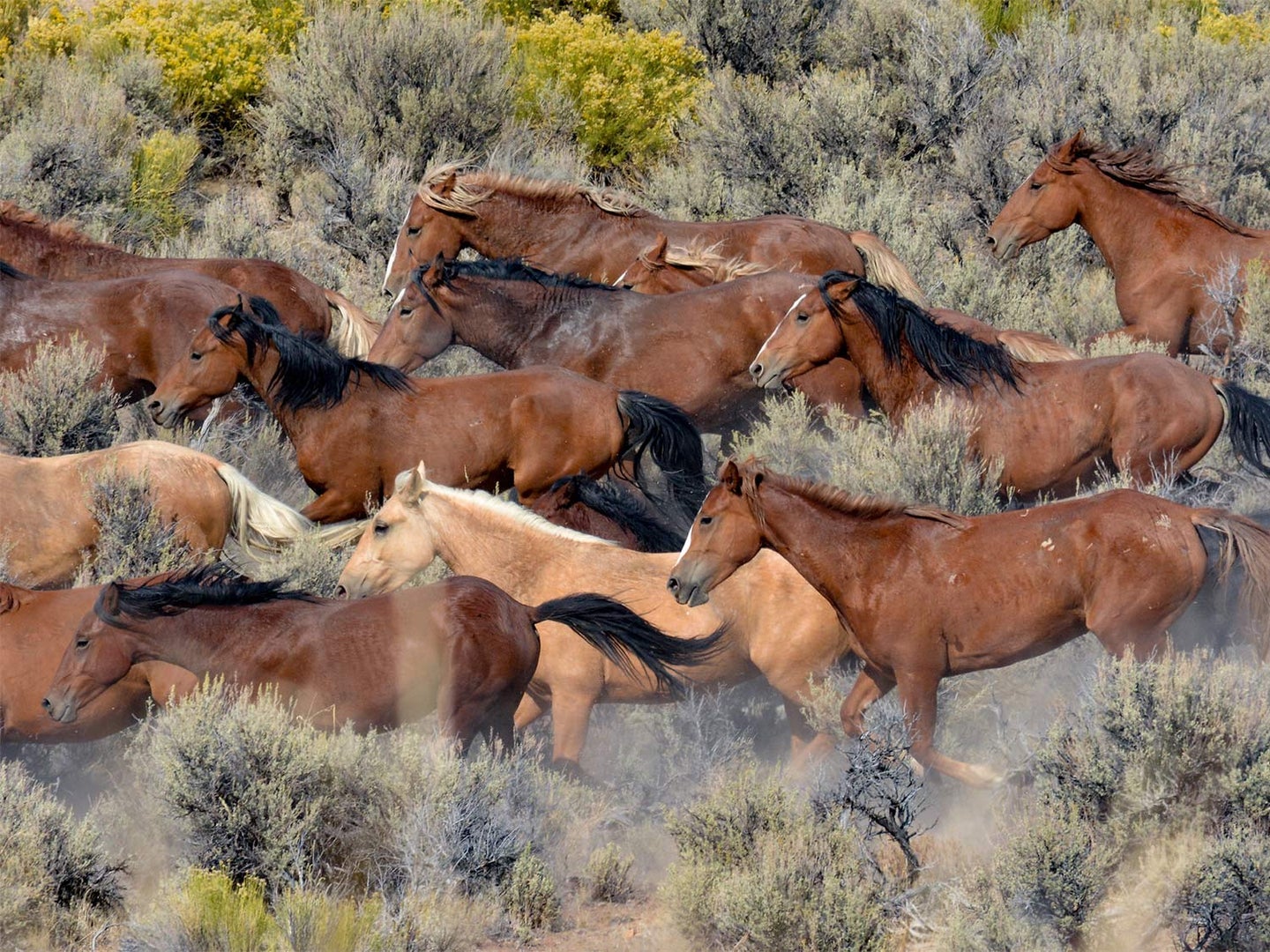 Wild horses are rounded up by helicopter during the Diamond Complex gather operation in Nevada. BLM, Nevada
SHARE

Australia is in the midst of an extinction crisis. Through desperate efforts to save its wildlife, the public there has learned a valuable lesson: If you want to save native critters, you must cull invasives. In Australia and here in the U.S., that means feral cats and horses. Cats have been implicated in at least 28 Australian mammal extinctions, and the country’s feral horses and donkeys are degrading habitat, edging out everything from frogs to wallabies.

American pet lovers have yet to learn this lesson about science-based management. The emotional baggage associated with both cats and horses is having an outsize impact on how we’re trying—and failing—­to control their numbers.

The ecological impact of feral cats is well established. An oft-cited 2013 study reports free-ranging cats kill up to 4 billion birds and 22 billion mammals in the U.S. each year. Cats are especially destructive in Hawaii, where native species evolved without land predators. Even so, wildlife managers have “never talked about” allowing feral-cat hunting, says Josh Atwood of Hawaii’s Invasive Species Council. The public would never go for it. Even nonlethal measures have been rejected. When HISC attempted to pass a ban on the feeding of feral cats on public land a few years ago, a small but vocal group blocked it.

“No matter how you approach it, there’s a really strong human emotional element to this,” Atwood says. He also notes that trap-neuter-return, the favorite tool of animal-rights advocates, just isn’t effective. It’s costly, it doesn’t reduce the population, and sterility doesn’t stop cats from killing native animals.

Australia has a similar cat problem but is taking a much more aggressive approach that includes trapping, hunting, and poisoning. In 2015, the country resolved to eliminate 2 million feral cats in five years. In the U.S., however, shooting feral cats is illegal in most states. This is due to well-intentioned animal-cruelty laws that don’t leave room for feral pest control, and a gray area in most hunting regs. Wyoming is the rare state that explicitly mentions feral cats, classifying “stray cats” as predatory animals that may be taken without a license.

Wild mustangs are an icon of the American West, and now they’re the iconic problem child of the Bureau of Land Management. The BLM was tasked with protecting wild horses in 1971, in the wake of a public campaign against mustangers—cowboys who would round up free-ranging horses for market slaughter. The original language of the Wild and Free-Roaming Horses and Burros Act of 1971 was crystal-clear: The BLM must protect wild horses from death. This includes selling horses for slaughter, and also prevents management through hunting.

Yet with few predators, wild horse populations double every four to five years. The carrying capacity of their Western range is about 27,000 horses and burros. As of March, the range held 95,114. This is causing substantial habitat damage, plus thirst and starvation among horses. And taxpayers are forking over $80-plus million annually to care for these free-ranging herds. That includes the cost of sterilization, which requires capturing and hand-injecting mares with a vaccine, which lasts, incredibly, just one year. In an attempt to alleviate the overburdened range, the BLM removes a small portion of horses each year for adoption and care. The total lifetime cost of caring for one unadopted animal is $48,000.

Read Next: The Secretary of the Interior on Climate Change, Wild Horses, CWD, and New Backcountry Conservation Areas

There have been four amendments to the 1971 act, one of which did loosen sale restrictions for older horses, or horses that failed to be adopted three times. But the most recent proposed changes to the act, which failed in 2009, proposed to undo that amendment and introduce “greater public participation in herd management decisions.” So, while it’s possible that future amendments could loosen the strict protections for wild horses, it’s clear that lethal management—including a hunting season—won’t be happening anytime soon.