"Python Cowboy" Mike Kimmel found baby dolls with their eyes poked out while hunting one night. So he started investigating 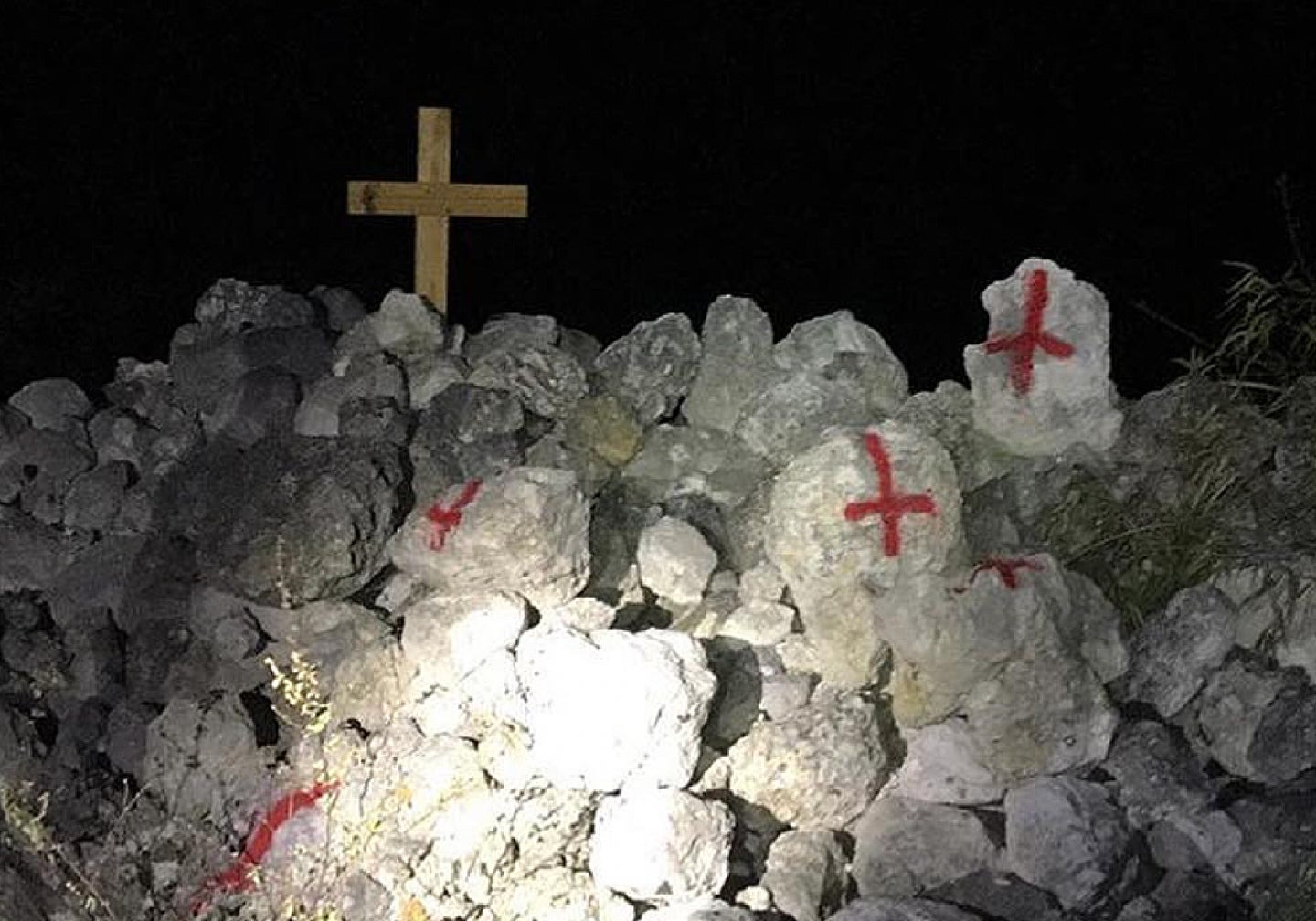 Mike Kimmel is known as the “Python Cowboy” for a reason. He puts food on the table by wrangling gargantuan invasive predatory critters every day. His expertise doesn’t stop with pythons, though: it includes iguanas, feral pigs, and the occasional problem alligator. If you scroll his Instagram long enough, you also come across videos of him rescuing baby raccoons and saving law-abiding alligators from python death-grips. Some of his posts border on full-blown PDA for his hunting dogs, and he also shares pictures from successful guided invasive hunts with clients.

However, his strangest post of all is about the time he came across some peculiar litter around an infamous abandoned Aerojet rocket test facility one night in April of 2019. Kimmel has spent countless hours chasing invasives around this area of the Everglades, and he couldn’t help but investigate.

First, Kimmel says he spotted baby dolls that had their eyes gored out and inverted crosses ashed on their foreheads. Then it turned into Latin graffiti sprayed in red paint and a wooden cross stuck in a giant rock pile. The situation really devolved when he climbed up the rock pile and came across a small scarlet snake wrapped around the neck of a baby doll. The snake was still alive and bleeding from its anus.

“It’s a rare snake to find in this area and it’s weird that it’s wrapped around the doll,” Kimmel tells Outdoor Life. “This snake’s maybe a foot long, it’s tiny. I’ve caught thousands of snakes in my life, none of them have ever been bleeding out of their ass like that.”

By this point, Kimmel was a little freaked out. Baby dolls with no eyeballs and a little graffiti are one thing. But a live animal bleeding from its digestive tract takes the situation beyond a teenage prank.

“As I’m leaving that rock pile, there’s a huge spray-painted phrase on the asphalt, maybe 50 feet long, and it was later translated by an Instagram follower. In Latin it says ‘He’s watching, turn around, run, hide,’ or something like that,” Kimmel says.

He moved further into the main building of the complex. The more he investigated, the weirder it got.

“We found a 50-foot spray-painted Pentagram with a three-legged chair in the middle with a big bloodstain on it, like something was sacrificed there. On the walls there were Latin sayings with upside-down crosses. Further into the building, in another room, there was a little girl’s nightgown, and I’m sure it was red spray paint but it was made to look like it was bloody,” Kimmel recalls. “There were some phrases on the walls basically talking about ‘sacrificing a child to the devil,’ real sketchy stuff. In one of the rooms that I couldn’t gain access to, I could tell through a busted-out window that there was a sleeping bag in there with something stuffed inside and sayings everywhere, and that’s where the gown was.”

Kimmel had two clients with him who were becoming more creeped out by the minute. Eventually they started leaving the compound, partially out of fear of the stuff they’d already discovered and partially out of concern for what else—or who else—they might run into. As they were making their way back down the road, they crossed paths with two walkers carrying flashlights. At first Kimmel was nervous about who else could possibly be out there at night, but then the passersbys revealed themselves as Instagram followers of Kimmel who wanted to chase pythons where he usually did.

“I told him everything I was finding back there, I said ‘be careful, there’s a bunch of Satanic stuff back there, I don’t know what’s going on,'” Kimmel says. “I sent him a message on Instagram the next day asking if he caught anything and what happened. He said about 10 to 15 minutes after passing me, he got further in and they heard a bunch of gunshots coming from inside, and they turned around and left when they heard that. So I don’t know if someone was still in there while we were finding all this stuff or what, but definitely kind of a sketchy story.”

Kimmel says he reported the incident to the South Florida Water Management District, who then reported it to the police. Kimmel says they investigated but doesn’t know what the result of the investigation was.

Eventually, Kimmel started researching the Aerojet facility. The man who built it was named Marvel “Jack” Whiteside Parsons, a CalTech rocket scientist and cofounder of Aerojet. He was a known Thelemite occultist, meaning he practiced the Thelema spiritual philosophy and new religion founded in the early 1900s. Thelema isn’t directly linked to Satanism, but Parsons was known to conduct rituals summoning Thelemic goddesses with Scientology founder L. Ron Hubbard. He was removed from Aerojet and his other rocket science affiliations in the 1940s due to his deep involvement with Thelemite occultism (he ran the California branch from his home in Orange Grove, where he often hosted loud, crazy parties). He died at 37 during a mysterious explosion in his home laboratory that people close to him thought was related to a suicide or murder attempt. After taking all this into consideration, Kimmel isn’t shocked that this abandoned compound (which still houses a massive rocket in a 10-story hole in the ground) would host ritual activity, and he’s currently working on a Youtube video of the experience.

“I guess around that time, around the Easter Moon, is when a lot of Satanic rituals happen,” Kimmel says. “It was pretty wild, definitely one of the stranger things I’ve found out there.”