Canada geese roam far and wide, but this wild bird took a long-range trip to the Windy City 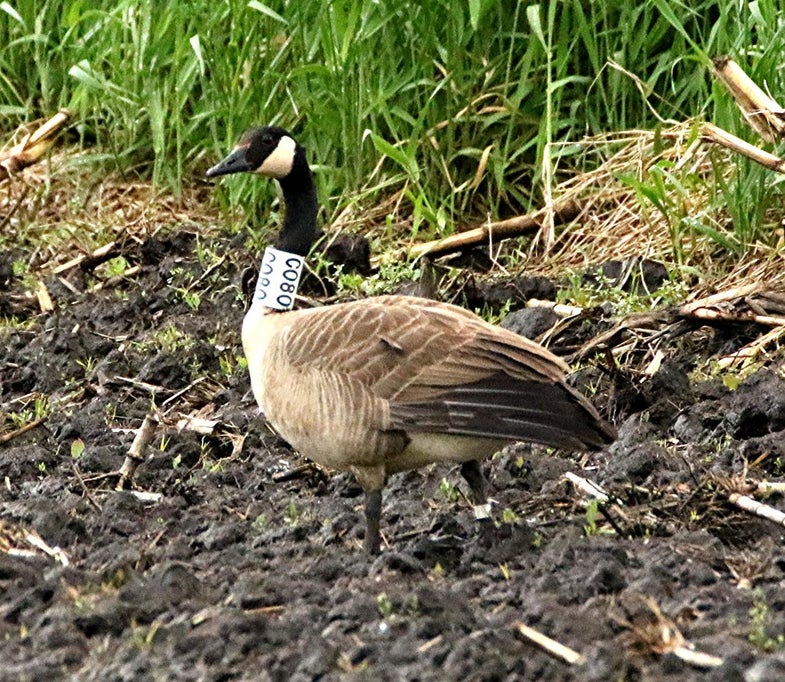 Canadian researchers are stunned at the remarkable and unprecedented travels of a Canada goose that was tagged on Vancouver Island in British Columbia. The wayward honker was fitted with a numbered neck band there, and later spotted in Chicago’s Lincoln Park neighborhood, roughly 2,000 miles from where the bird was tagged.

The Canadian Broadcasting Corporation reports that a Vancouver Island goose study that began in 2016, known as the Nanaimo project, fitted 400 Canada geese with numbered neck and leg bands to track their travels. Researchers at Vancouver Island University wanted to learn how the geese moved in the Nanaimo area, located on the eastern shore of Vancouver Island. Eric Demers, an ornithologist and chair of the biology department at VIU, organized the goose-tagging project and established a website so that the public could report sightings of banded birds.

They learned most banded birds were were residents, sticking close to Vancouver Island and mainland British Columbia. About 15 percent of the tagged honkers traveled south to Oregon and Washington. But in October, a goose from the tagging project was spotted by a jogger in Lincoln Park.

“The first thing [I thought] is, well, it can’t be true,” Demers told CBC. “That’s such a weird location for a goose to show up.”

Previously, the longest flight any bird in the Nanaimo project had made was just over 600 miles to Alberta. Demers was shocked at the Chicago location of the reported goose.

“It makes us realize that other things than what we expect are possible,” he said. “It’s possible we’ll never get another sighting like this and this was more of an unusual sighting than [was] expected.”

Demers theorizes that the Windy City goose may have gotten caught in a storm and was pushed east and south. Or perhaps the bird connected with a group of far-migrating birds and tagged along for the ride.

“It does open the possibility that maybe some of the other birds did some of these interesting movements that we just haven’t heard about yet.”