After passing a law last year that allows people to salvage roadkill, the state has developed an app to help streamline the process 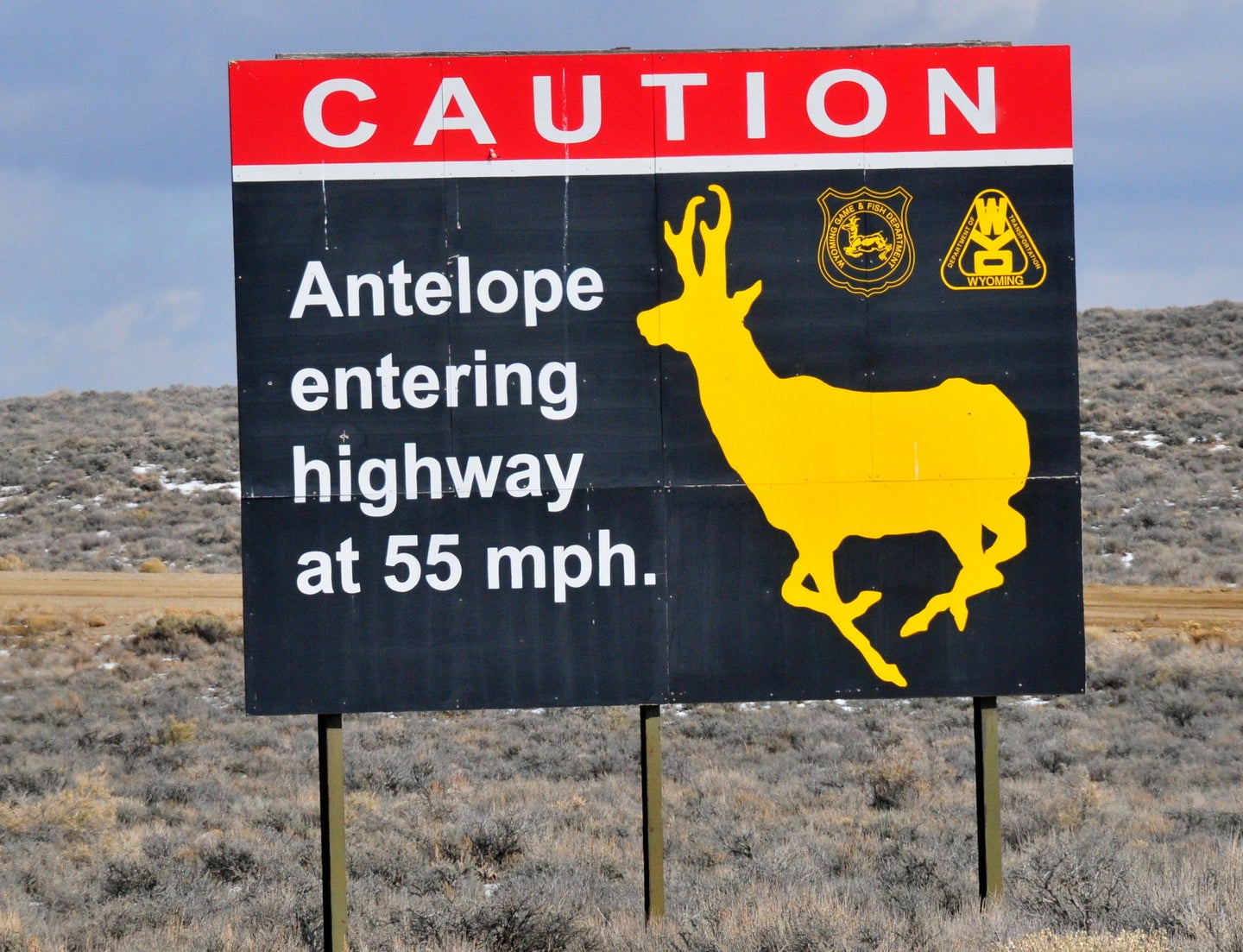 Thousands of antelope, deer, and other animals are killed every year on Wyoming roadways. USFWS
SHARE

Wyoming is making it easier for people to claim roadkill. The state’s wildlife and highway authorities developed a first-of-its-kind app this winter that helps people quickly claim deer, elk, moose, bison, and wild turkey that are struck by vehicles and left by the side of the road, the Associated Press reports. The new feature, which is part of the state’s Wyoming 511 app, allows people to quickly collect and salvage these carcasses, so long as they document the animal and follow all the necessary rules.

For years, Americans—mostly rural folks living where big game roams—have claimed roadkill for food. Modern game laws complicated this practice, but over time, game officials have realized that roadkill could be better utilized—and removed from the roadway more quickly—if the person who hit the animal was able to legally collect and butcher it for personal consumption.

Today, 31 states allow people to collect roadkill for food, although the rules can differ from state to state. In Alabama, for example, only non-protected animals and game animals can be salvaged, but only during the open season for that species. Permits are required in several states, including Illinois, Indiana, Maryland, Massachusetts, and Michigan. Others, like Pennsylvania and West Virginia, require the person to notify the state game agency within 12 or 24 hours (respectively) of salvaging the carcass.

Wyoming passed its own roadkill salvage law less than a year ago. The law does not allow the salvage of bighorn sheep, mountain, goats, grizzly bears, or wolves; it is limited to deer, elk, moose, bison, and wild turkey. The law states that the whole carcass must be removed, and it cannot be donated to other groups or individuals. It also requires the person to acquire a salvage permit—a process that, until recently, took more time than was convenient or practical.

WYDOT’s new app aims to make this process faster and easier. It requires the salvager to enter the species, verify that the animal was not killed illegally, and then review the rules for collecting roadkill. According to those rules, roadkill may not be collected after dark, along interstate highways, in construction zones, or inside of national parks.

Read Next: Vehicle Collisions with Wildlife Cost California $1 Billion in the Last 5 Years

In addition to ensuring that perfectly good meat is utilized instead of going to waste on the side of the highway, WYDOT’s new app will also provide wildlife managers with geotags and other critical data that could help prevent future instances of wildlife turning into roadkill. According to the Wyoming’s Wildlife Crossing website, an average of 6,000 collisions with big game occur on an annual basis, and 15 percent of all crashes in the state involve wildlife. By learning more about where these crashes occur and what species are involved, the state hopes to develop better strategies for installing wildlife crossings and warning signs, along with other preventative measures that could reduce the number of animals killed on Wyoming roadways each year.