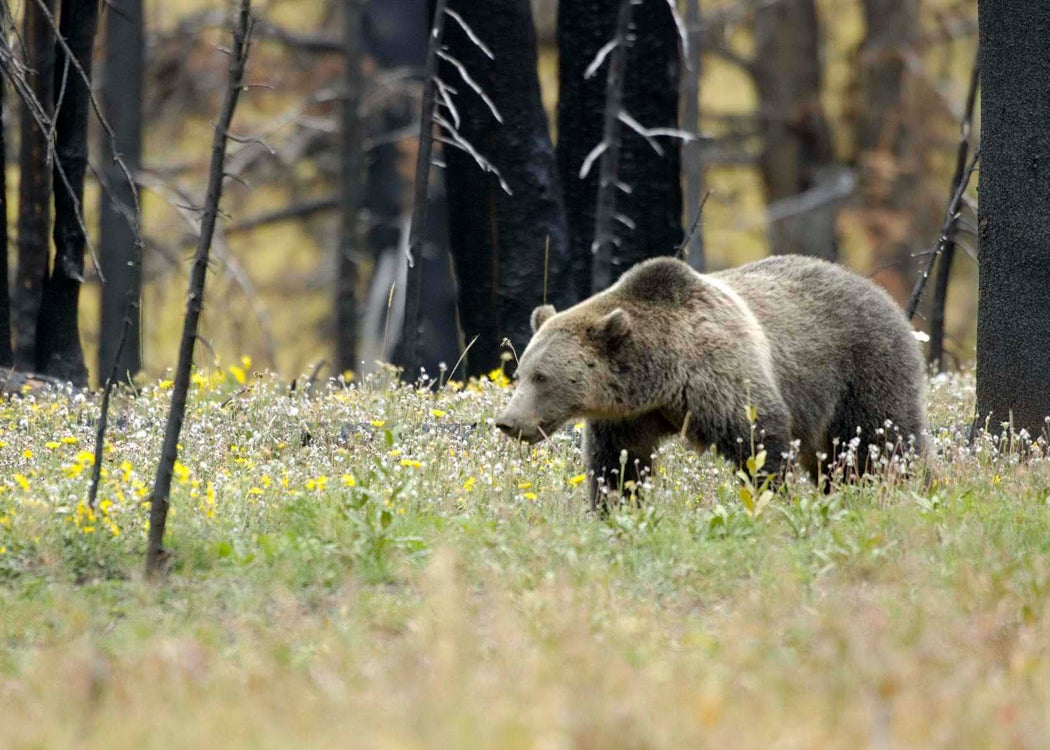 The new monitoring methods show more than a thousand grizzlies living in and around Yellowstone National Park. USFWS
SHARE

Grizzly bears are thriving in the Greater Yellowstone Ecosystem, and new monitoring methods reveal a record high number of grizzlies living in the region. While biologists have kept a close tab on the species as their populations have risen and their range has expanded in recent years, the new data show that perhaps experts have been under-counting bears all along.

Putting the numbers in context, last year’s estimated population was around 727 animals, while this year’s estimate is closer to 1,069. This would mark the highest number of grizzly bears reported in the GYE since counting began in the 1970’s.

Dan Thompson is the Large Carnivore Supervisor for the Wyoming Game and Fish Department, and he provided some clarification in an interview with Cowboy State Daily. “It’s important to relay that the population hasn’t jumped up by several hundred,” Thompson said. “It’s just the numbers that we are reporting are more reflective of what is real, based on the data we’ve been collecting for decades.”

Breaking down those numbers a little further, the U.S. Geological Survey’s Interagency Grizzly Bear Study Team predicts that of the thousand-plus bears currently living in and around Yellowstone National Park, 326 of those are cubs and yearlings. The study shows that these cubs and yearlings are well distributed throughout the GYE, which encompasses Northwest Wyoming and parts of Idaho and Montana. The Interagency Study Team also estimates that the overall range of the grizzly bears has grown to an area totaling more than 27,200 square miles—a growing part of which falls outside the boundaries of Yellowstone National Park.

As more bears leave the park and venture into populated areas, encounters between humans and grizzlies have grown increasingly common, and violent conflicts with “problem bears” seem to be on the rise this year. This has spurred the ongoing and increasingly heated discussion regarding whether Yellowstone grizzlies have recovered sufficiently, and whether or not they should be removed from Endangered Species protections. As grizzly populations have grown in recent years, this debate has only intensified.

The new, record-high population numbers coming out of the Greater Yellowstone Area could fan these flames even more.

Officials in Wyoming—as well as in Idaho and Montana—have been pressing for the delisting of grizzlies, but the hunting seasons that Wyoming and Idaho had planned for 2018 were blocked and prevented by a federal judge. Fast-forward to this September, and Wyoming Gov. Mark Gordon joined Wyoming Fish and Game Department Director Bryan Nesvik in once again petitioning the U.S. Fish and Wildlife Service to delist the GYE grizzly bear population and give the state the ability to manage its grizzly bear population.

“We have proved time and time again that we are experts in wildlife conservation for our state’s valued and iconic species,” Gordon said in a news release following his announcement on Sept. 16. “It’s time for grizzly bears to be returned fully to the states for management, as our citizens have supported recovery efforts and seen monumental success.”