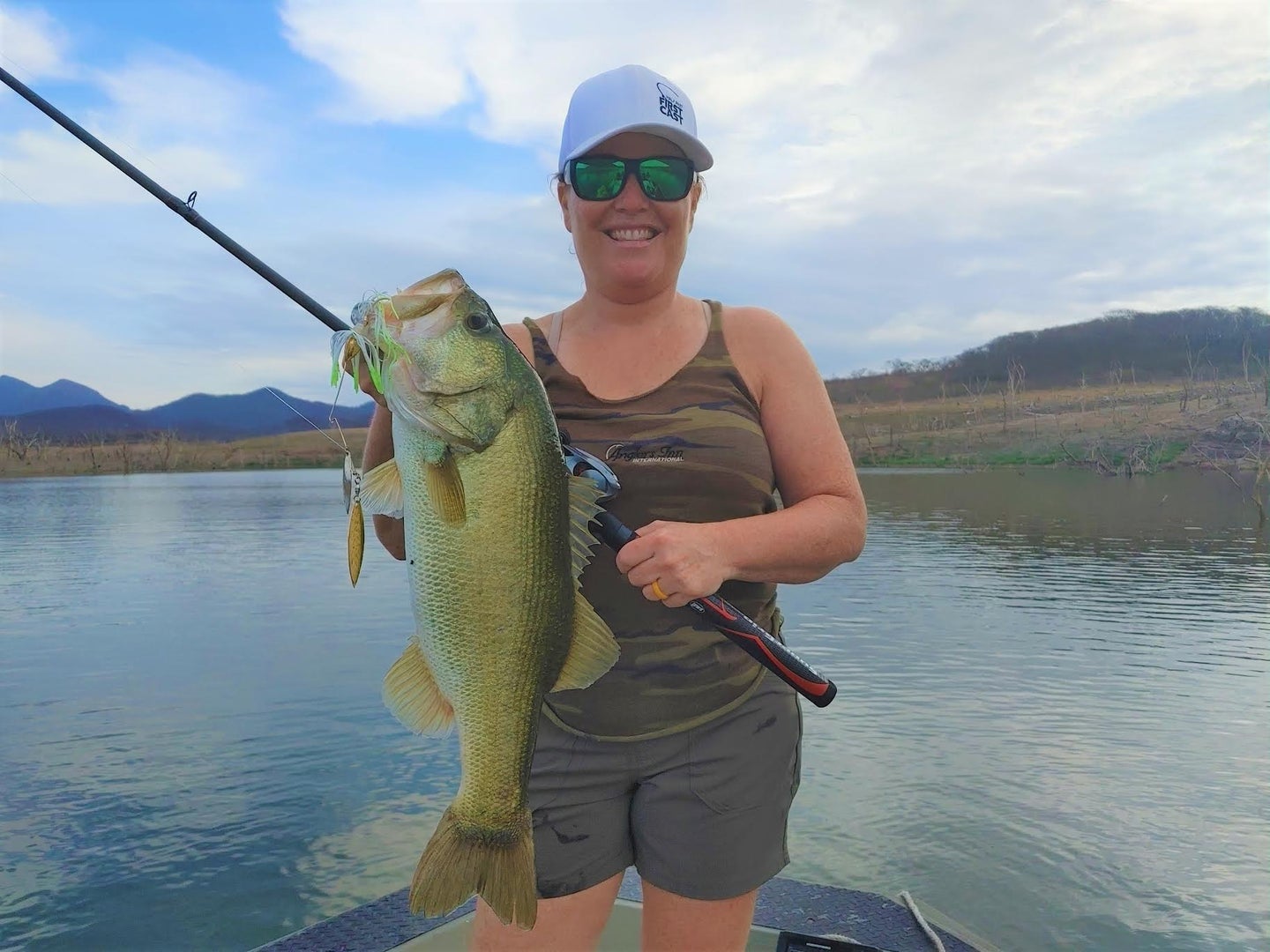 The Best Monofilament Fishing Lines of 2022

Choose the best monofilament fishing line that will offer you great strength, easy tying, and plenty of give

The best monofilament fishing lines have come a long way since their introduction in the 1950s. Today’s offerings produce fewer tangles and are nearly invisible — not to mention how many specialty lines exist. The choices can be overwhelming, but I’ll help you decide if mono is right for you, and how to choose the best fishing line.

What Are the Advantages of Monofilament?

Monofilament is readily available at just about every sporting goods or big box store from coast to coast, typically in a wide range of line sizes and spool sizes and at a very reasonable price. Beyond its accessibility, mono has several other advantages: First, it tends to be the most manageable option, helping it excel in novices’ hands or in extreme weather situations. Second, it has a lot of stretch, which means it absorbs shock easily. When setting the hook on a short line (into a fish or into a log) you’re less likely to break it, and it’s forgiving when a big fish surges at the side of the boat. Third, while it doesn’t float like braided line, it doesn’t sink like fluorocarbon, either, which means that it’s often the best choice for topwater lures. Finally, it’s so manageable that it makes tying knots easy and reliable.

What Are the Disadvantages of Monofilament?

Remember that stretch that was touted as an advantage above? Well, that was accurate, but its benefits are situational. If you’re trying to set a hook at a distance with mono, you’re going to have to pull extra-hard to drive home the steel. Also, that presumes you feel the strike in the first place. Denser lines like braid and fluorocarbon tend to be much more sensitive. Finally, when fish are line-shy, then fluoro may be a better choice because it’s harder for them to see.

Stren has been the standard-bearer for monofilament fishing lines for decades, and while it’s now produced under the same roof as some of its past competitors like Berkley Trilene, it still commands a large share of this market sector. Those of you who’ve been around since the 70s may remember its blue and high-visibility gold versions, and they’re still available, as is clear Stren and low-visibility green. The blue is still especially good for fishing at night with a black light. It glows above the water and allows you to see your line jump even on a subtle strike. It comes in sizes from 4-pound test up to 30-pound test, in spools of 100, 300, 330, 1000, and 2400 yards, and remains very inexpensive.

Big Game may come in strengths as low as 8-pound test (and as high as 130), but make no doubt, it’s aimed at the intense quest for big fish. In order to achieve that goal, it’s built with high shock strength prioritized, so whether you’re after monster catfish or toothy muskies, you can set the hook hard. That’s also made this Berkley fishing line a popular choice not only for dedicated saltwater anglers, but also for ardent bass swim baiters, who may spend hundreds on a lure but won’t have to spend nearly that much for their line of choice. Big Game is available in both clear and green versions for most presentations, as well as blaze orange, coastal brown, pink coral, solar collector, and steel blue hues for specialized uses.

Sunline has gained the admiration of serious anglers for their high quality and varied fluorocarbon options, as well as braid, but they offer distinctive monofilaments, too. One of them is their “Natural Metered” option, which has alternative sections of 12 inches of bright chartreuse line and 48 inches of clear line. That means that line watchers, particularly those with declining eyesight, can see even their most subtle strikes clearly and easily. It comes in strengths from 4-pound test up to 20-pound test, and while it’s slightly more costly than some of the other options, it’s by no means expensive.

Sufix claims that their “XV2 Technology” provides greater strength in the same diameter as competing monofilaments, and is also more abrasion-resistant than the competition. That means if you want a mono for heavy cover, particularly if you’re in heavy vegetation or green-tinged water, this may be your best call. Despite its strength, it retains more than adequate manageability in strengths from 4-pound test up to 20-pound test, in affordable 330-yard spools.

A Note on Copolymers

As described above, monofilament fishing lines denotes a single strand of material, but there are also copolymer (multi-strand) lines that offer many of the same characteristics at a similar price point, sometimes with even greater manageability. In fact, sometimes they’re lumped together, or the terms are used interchangeably. Some of the most popular copolymers include:

“Monofilament,” as the name suggests, consists of a single strand of material — usually nylon. Prior to its introduction, most anglers used opaque, braided lines that required substantial care to maintain. When mono came along, not only was it comparatively inexpensive, but its translucent nature arguably made fish more likely to bite. Not entirely coincidentally, the introduction of manageable single-strand nylon lines was roughly contemporaneous with the increased distribution of open-faced spinning reels, which demanded a flexible line to avoid line twists. Over time, monofilament has lost market share to other specialized options. Still, it remains a solid choice for a wide variety of presentations for expert anglers, as well as a solid choice for those just entering the sport.

What Other Options Are Available?

It’s important to know all the options to determine which line is best for your application. In the mid-1990s, when many freshwater anglers saw monofilament to be the only game in town, braided line made a comeback. Specifically, synthetic fibers like Kevlar and Spectra were woven together, typically in four-, eight-, or 16-strand configurations, to produce a line that is opaque (although it has far less stretch and far less memory than monofilament). It typically has a far smaller diameter than mono in a line of equal strength, and cuts through vegetation much more cleanly, making it ideal for flipping into grass mats and frogging over heavy cover.

Over the next decade, fluorocarbon, typically a single strand of polyvinylidene difluoride gained traction with many serious anglers. While it’s typically less manageable and far more expensive than monofilament, it also has far less stretch, less visibility, and greater abrasion resistance. It has gained traction for a wide variety of presentations, but excels in clear, deep water, especially with finesse techniques like dropshotting. Not only is the low-visibility product less likely to spook reluctant bites, but the lack of stretch also ensures better hookups with light line.

There are also “combination” products which combine elements of multiple types of fishing line. Many anglers gain this same advantage by using a braided line as a main line and then adding a fluorocarbon or monofilament leader.

Q: What size fish can you catch on the 8-pound line?

Giant fish can be caught on an 8-pound test line. The IGFA has world records for varying line test categories. The current yellowfin tuna world record caught on 8-pound test is 87 pounds and 1 ounce. However, 8-pound line is best suited for smaller game fish like bass and trout in areas where abrasion resistance isn’t needed.

Q: What is the best monofilament fishing line for saltwater?

The best monofilament for saltwater is Berkley Big Game.

Q: Does the color of fishing line matter?

Fishing lines come in various colors to match your needs. Clear is a go-to choice and works well in most conditions. In stained water green or camo can be a great option. If you need help seeing your line, some of the hi-vis colors are the best choice for that situation.

No matter which of the best monofilament fishing lines you choose, proper spooling and storage will go a long way towards maximizing its effectiveness and longevity. Particularly with spinning reels, improper spooling techniques will result in line twist and weakening. No matter what type of line you use, store it in a cool, dark place — preferably not in direct sunlight or a musty shed. You can also treat your lines with a variety of widely available lubricants and conditioners to keep them in tip-top shape.

Finally, one huge advantage of monofilament is it’s typically the least costly of all varieties of line. When in doubt, change it out. Fresh line can save you hours of aggravation and it may be your one direct link to the fish of a lifetime. Once you find some that you like, buy it in bulk spools to save even further and to ensure that you don’t run out at an inopportune time.